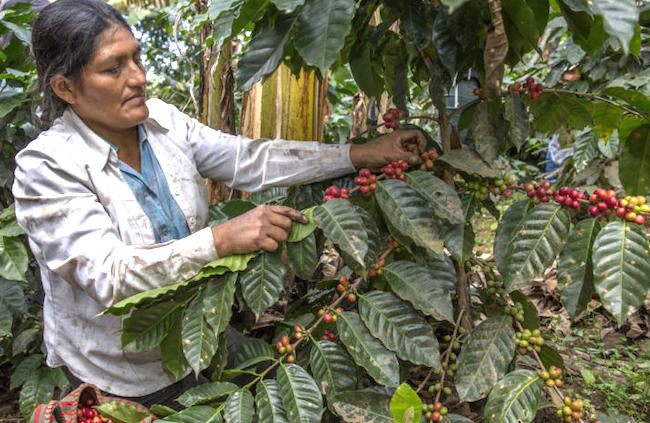 EU’s Proposed Rule Could Cause Real Damage to Organic Farmers in Developing Countries, Digitization Must be Part of the Solution

(A coffee producer at the Norandino Cooperative in Peru. Photo courtesy of Fairtrade International.)

Given the precarious nature of both the planet’s ecosystem and financial health of the world, shouldn’t we be doing everything possible to support small organic farmers in developing nations?

Unfortunately, proposed policy measures in the European Union, in regards to how organic farming groups are managed, appear to be doing the exact opposite.

As a result, tens of thousands of small organic farmers may be forced to undergo a new form of classification, which could have the unintended effect of pushing many of them out of the organic system.

At the present moment in the EU, every single farm must have its own organic certification.

In developing countries, such as in Asia, Latin American and Africa, this is not the case. Only the organic cooperative — or group — must have obtained organic certification, instead of the hundreds or thousands of individual farmers in each group. (The group makes sure that all of its farmer members are following the organic rules.)

The EU wants to change this policy, so Europe has the same group certification rule that is allowed in the rest of the world.

According to IFOAM, the proposed changes to the group certification consist of the following:

– Limiting the size of each group (or cooperative) to 2,000 members, and each group must have its own legal entity.

– Each member (farmer) must have less than $25,000 euros in annual revenue or can be no larger than 5 hectares.

– A minimum of 5% of the farmers who are part of a group need to be inspected annually by an organic certifier.

– A minimum of 2% of the farmers from each group must have their organic products tested for pesticides and other prohibited substances. Presently, this number is much less than 2% and is dictated by risk and control bodies.

While the intention is to have more control over the groups and the organic products that are being allowed into the European organic marketplace, these new regulations will increase the legal, certification and administrative expenses for organic groups, potentially forcing some of these operators to abandon organic. In some developing countries, establishing new legal entities can be a complicated, time-intensive and costly endeavor.

“We have 10,000 members in 162 communities and a full internal control system. With these new rules, we will have to create groups of 2,000 members, each with its own legal entity,” said Abel Fernández, Commercial Manager of CONACADO, an organic Fairtrade cacao cooperative in the Dominican Republic.

Diverting all of his sales to the U.S. is not a possibility because 80% of his cooperative’s revenues come from the EU. Even if his organization can survive the administrative and financial burden, he is worried about others.

“For many of the products that farmers are selling as organic, the organic premium or added value is not that great, and the required investment and extra effort may not be worth it. A lot of organic farmers will exit the system, and the supply should be significantly reduced,” he warned.

“It is a very problematic situation,” acknowledged Jorge Conesa, Project Coordinator at the Fair Trade Advocacy Office. “In terms of the UN’s Sustainable Development Goals, we are going in the wrong direction. The small farmer groups who committed to do organic in developing countries will be the most impacted, and now the EU is turning its back on them.”

WHY IS SOFTWARE NOT A PART OF THE SOLUTION?

Even if we assume the very unlikely scenario where organic farmers in developing nations could manage to absorb all of the administrative and legal costs that the EU is proposing, the rules are not mandating that all players enter the digital world — a real missed opportunity.

Understanding that many individual farmers may not have the digital tools themselves, it is not an unreasonable ask to require that groups — the ones who are getting organic certification — enter yield data, farm size, lot traceability and historic production into a software program for each of its farmer members.

“From our perspective, the EU should incorporate the software component into the new law. Right now, everything is on paper, and it is hard to visit those places where the paper is stored. Having access to this dynamic information will help both the EU and U.S. with organic integrity and traceability,” said Karst Kooistra, Sourcing Development Director at Tradin Organic.

“Digital systems are key for transparency, and having 2,000 member groups all using paper will not work,” said Gerald Herrmann, Co-Founder of Organic Services GmbH in Germany. “I believe the ‘system’ has to be such that it externally verifies whether a group is functioning or not. And this should determine the conditions, not the other way around.”

Even though the U.S. has not proposed any limit to the number of farmers in a group in its pending Strengthening Organic Enforcement rule, Anne Ross, an international lawyer who has spent years investigating organic fraud around the globe, knows that simply imposing more onerous legal requirements will not be a panacea.

“Companies manipulate corporate structures to perpetrate fraud. To make sure that a group, or internal control system (ICS), is operating properly, we have to be able to verify the information the ICS is looking at.”

And that will be a much more difficult task to accomplish if everything is still done via paper.

The fact that both the U.S. and EU — two of the most sophisticated governments in the world — do not have plans to digitize the tracking of the organic supply chain should have us all shaking our heads in disbelief. 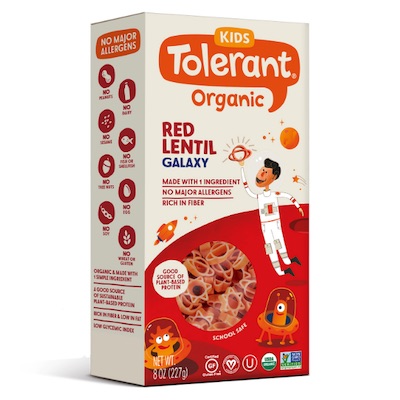 Plant-Based Pasta for Kids from Tolerant 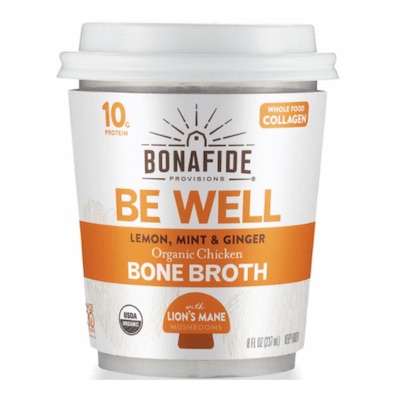 Packed with ingredients that support immunity and brain health, Bonafide Provisions has released its ‘Be Well’ cups, which combine organic, free-range chicken bone broth, functional mushrooms and notes of lemon, mint and ginger. Gluten-free and grain-free, these cups are available on the company's website and exclusively at Whole Foods Market nationwide. 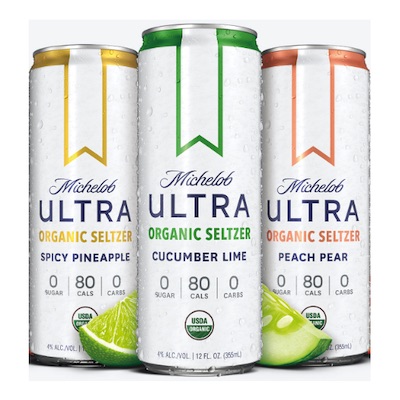 Fresh off its tremendous success with Pure Gold organic beer, Michelob ULTRA is introducing a line of organic hard seltzer. It will launch in January with three flavors --  Spicy Pineapple, Peach Pear and Cucumber Lime. 80 calories per can and no sugar or carbs. Additional options will be rolled out later in 2021. 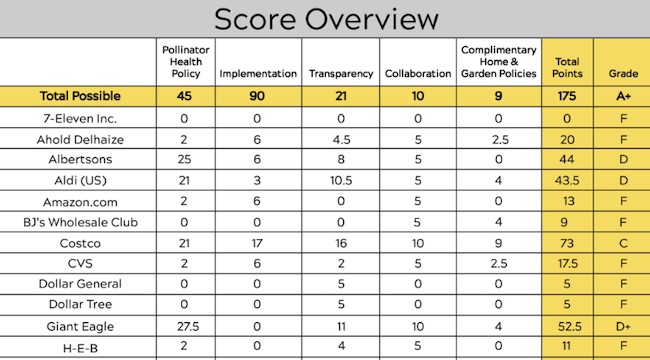 This morning, Friends of the Earth released a very important Bee-Friendly Retailer Scorecard. How does your grocery store rank?

Despite only generating $13M in revenues in 2019, Laird Superfood closed yesterday at $42.60, nearly double its IPO price and giving it a market cap of $377M.

Organic Producers in the UK are Facing a Potential Brexit Disaster

Unless an equivalency agreement is soon reached as part of the trade deal, organic food exports from the UK to the EU could effectively cease.

Fearing a second wave of coronavirus, grocery stores are focusing on the long-term, aiming to stockpile supplies for months instead of weeks. 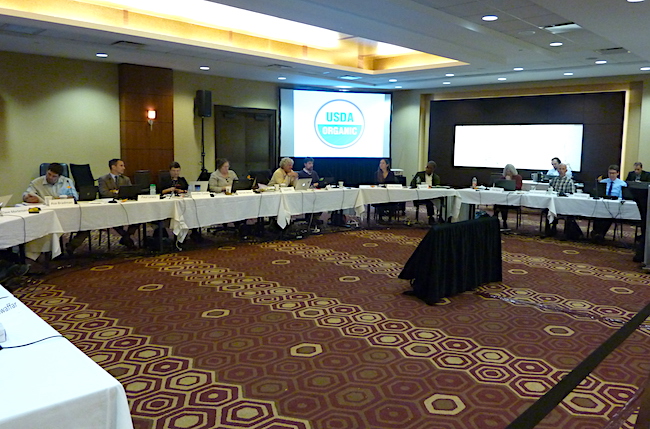 USDA Names 5 New Members to the National Organic Standards Board

I wonder if these five new members know that they will be sitting on an "independent" board that is not allowed to set its own agenda.

A federal court dismissed a lawsuit against the U. S. Fish and Wildlife Service, which reversed previous bans on specific insecticides and GMOs in national wildlife refuges.

According to the Canada Organic Trade Association, organic products sold in Canada now account for 3.2% of all grocery sales. 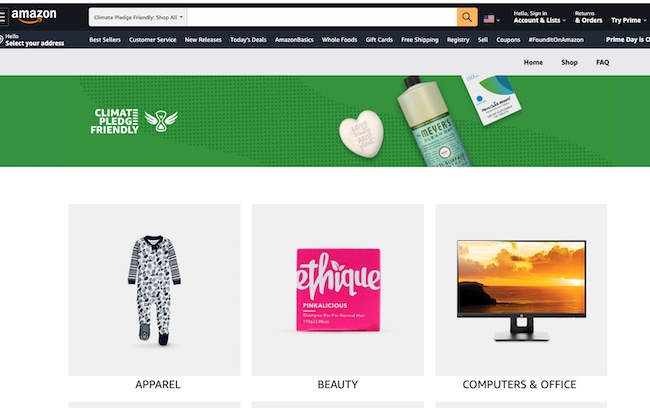 The company has partnered with 18 external certification programs, including Global Organic Textiles Standard and Fairtrade, to incentivize its merchants to create sustainable products.

One person's take on the impact of months and months of cooking fresh meals at home.

* Thanks to Courtney Swan for having me as the very first guest on her new podcast Realfoodology, where we talked about, among many other things, why we should care about organic.

* Patagonia has named Ryan Gellert as its new CEO, and he shares what is next for the company.

* New Hope Network announced that it has pushed back Expo West 2021 from March until May.

* The fight against gene-edited food is only going to get more difficult because the inventors of the CRISPR/Cas9 gene-editing tool just received the Nobel Prize, further validating this scientific method.

* Soccer star David Beckham wants to launch his own line of organic honey.

* A restaurant in Phoenix is delivering organic meals to home-bound cancer patients.

* The lucky residents of Silver Lake in Los Angeles. You now have a brand new Erewhon in your neighborhood.

* UNFI’s CEO Steven Spinner is set to retire next summer.

* Lastly, if you are ever near Concord, Massachusetts, definitely pay a visit to Debra’s Natural Gourmet. It has quickly become one of my favorite organic markets in the country.