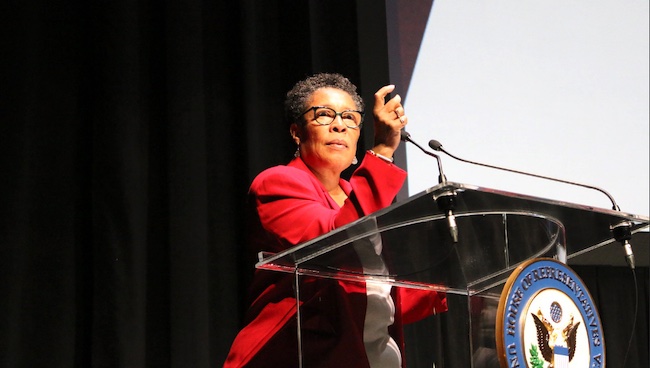 For USDA Secretary, Representative Marcia Fudge is Our Best Bet

With the Biden administration set to take office in a few months, the two leading candidates for Secretary of the USDA appear to be former Sen. Heidi Heitkamp (D-ND) and Rep. Marcia Fudge (D-OH), neither of whom have demonstrable experience with organic.

Given that former USDA Secretary Tom Vilsack — someone who held the post for eight years in the Obama administration and is advising the current President-elect — reportedly backs Heitkamp, concern is running very high.

“She would be a disaster,” said Andrew Kimbrell, executive director of the Center for Food Safety. “Senator Heitkamp is pro-GMO and pro-industrial ag, and she voted for the original GMO-labeling bill, which preempted state labeling laws. The ag, chemical and biotech industries will all be pushing for her.”

“With her terrible environmental record and deep ties to agribusiness and the fossil fuel industry, Heitkamp is the wrong person to lead the USDA,” said Kari Hamerschlag, deputy director of food and agriculture at Friends of the Earth. “We need to steer today’s agriculture away from energy-intensive industrial monoculture and factory farming, and move it toward diversified regenerative farming. If President-elect Biden is serious about meeting his climate goals, he cannot name Heitkamp as USDA Secretary.”

More than 160 organic food, social justice, animal welfare and environmental organizations have mobilized in rapid fashion against Sen. Heitkamp, and they just sent a letter to the Biden transition team vehemently opposing her nomination.

Not only was Sen. Heitkamp one of two Democratic senators who voted to confirm Scott Pruitt as head of the EPA in 2017, but she issued a statement supporting Trump’s approval of the Keystone XL pipeline, calling it “common sense.” Senator Heitkamp also voted to repeal the Stream Protection Rule, which restricted coal companies from dumping waste into streams.

In 2016, she was even on the short-list for President Trump’s original USDA Secretary candidates. 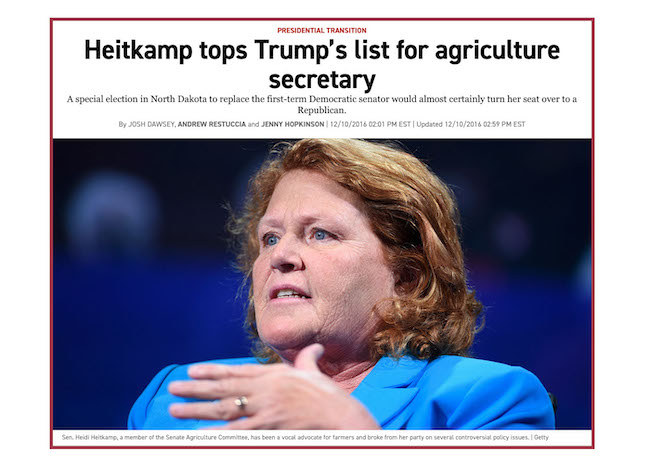 On the other side is Rep. Marcia Fudge, someone who received a 100% on the 2020 Food Policy Action scorecard.

Rep. Fudge is a longtime member of the House Agriculture Committee and currently serves as chair of the Nutrition Subcommittee, which has oversight of USDA operations. She is a critic of how the widely panned food box program was managed and fought against the current administration’s attempts to make cuts to the Supplemental Nutrition Assistance Program, also known as “food stamps.”

In addition to voting ‘Yes’ on the Farm Workforce Modernization Act, an amendment to support farmers who combat climate change and an amendment to enhance senior nutrition, she co-sponsored the Farm to School Act of 2019 and the Farmer-Driven Conservation Outcomes Act of 2020.

A former chair of the Congressional Black Caucus, Rep. Fudge called on the USDA this past March to step up enforcement of civil rights violations against its workers and program applicants.

“How historic it would be to have an African-American woman leading the USDA after such a terrible history of discrimination against Black farmers,” said Kari Hamerschlag. “It would just really show that the Biden administration is determined to right the wrongs of the past.”

Also of note is that Rep. Fudge comes from Ohio, which is 15th in the nation in agricultural production.

This means she will not be as beholden to agricultural giants who have tremendous influence in their respective states, such as in Minnesota, Iowa or Nebraska.

Even though Rep. Fudge and Sen. Heitkamp appear to have the most momentum, other possible candidates have emerged.

Rep. Chellie Pingree (D-ME), who has fought tirelessly for our industry, would be fantastic. Yet, it is completely unrealistic to believe that a Republican-controlled Senate would ever approve an organic farmer to lead the USDA.

Given the Democrats’ already tenuous position in the Senate, the Biden administration would not want to take Amy Klobuchar (D-MN) — who largely sticks to mainstream agricultural policy and serves on the Senate Agriculture Committee — out of her valuable seat.

Another possible candidate is Karen Ross, the current Secretary of the California Department of Food and Agriculture. Not only does she oversee a vast organization in that state and has served as Tom Vilsack’s former chief of staff at the USDA, but Secretary Ross owns 800 acres of family farmland that grows no-till wheat and feed grains, incorporating cover crops and rotational grazing for beef production.

THE ORGANIC INDUSTRY MUST HAVE ITS VOICE HEARD

Needless to say, the stakes are incredibly high when it comes to who will take over the USDA, as the department has caused real harm to our industry and organic consumers.

A few examples include the organic animal welfare standards that were withdrawn; a GMO-labeling bill that introduced the seldom-used word “bioengineered” and also allows QR codes instead of mandating on-packaging labels; declaring hydroponics to be legal, even though it violates Section 6513 of the Organic Foods Production Act of 1990; failing to clarify the Origin of Livestock rule, which has caused financial ruin to many organic dairy farmers; and often ignoring the recommendations of the National Organic Standards Board, among a litany of other issues.

In short, the USDA has largely made decisions in a unilateral fashion, failing to act in alignment with the spirit and letter of organic laws.

While neither Sen. Heitkamp nor Rep. Fudge appears to have deep experience managing large organizations — the USDA has 100,000 employees in more than 4,500 locations across the country and abroad — the choice is a painfully obvious one.

Organic advocates need to interact with the Biden/Harris team however they can and lobby for Rep. Marcia Fudge.

She is our best hope to get the USDA to finally work for us — instead of against us.

* Nature’s Path has successfully delivered more than one million bowls worth of donated food to 10 U.S. and Canadian organizations, and it raised more than $335,000 for the company’s food bank partners.

* Founded by ECOlifestyle pioneer and ECOfashion Corp CEO Marci Zaroff, sustainable clothing brand YES AND has committed to being carbon net zero by 11.11.22.

* The National Organic Coalition sent a letter to the Biden/Harris administration detailing the organic priorities it should address.

* On November 23rd, the virtual 2020 Iowa Organic Conference will be taking place.

* A Proud Supporter of Rodale Institute program has just been launched.

* The food industry is not recognized for sustainability. How can we fix that? — An op-ed by Nicole Atchison, CEO of Puris Holdings.

* GMO Free USA has launched a campaign to raise awareness of the dangers of Scotts’ Miracle-Gro Company’s genetically-modified, Roundup-Ready grass. 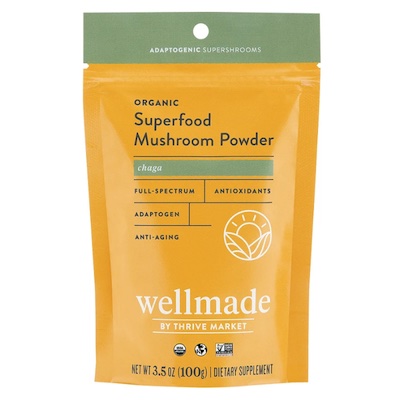 wellmade by Thrive Market has introduced a Superfood Chaga Mushroom Powder. Made from whole organic fungi grown in California, this powder is using the full mushroom, which allows it to capture the complete spectrum of bioactive nutrients that lie in this adaptogen. 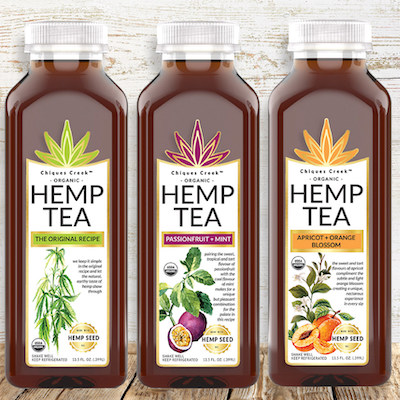 Having just received USDA organic certification, Chiques Creek has re-launched its line of hemp tea -- but now with the organic label. The tea contains no CBD or THC and is available in four flavors -- original, passionfruit + mint, peach + lemon + dandelion and apricot + orange blossom. 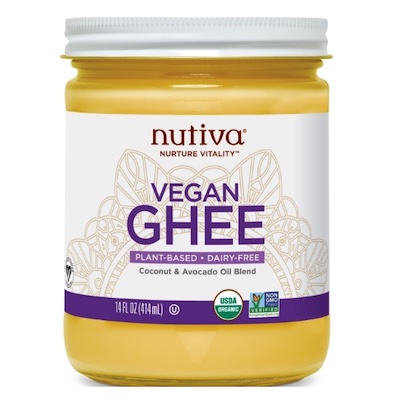 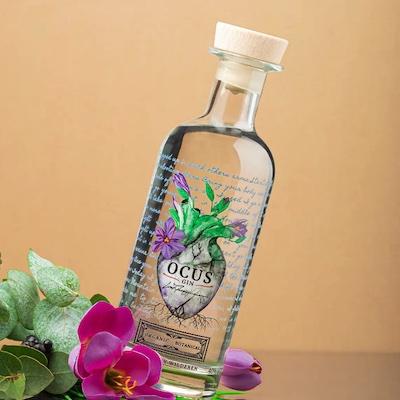 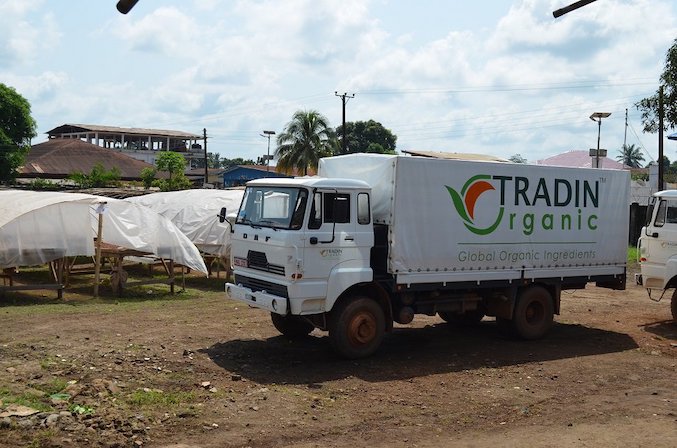 My analysis of what this deal means for both companies.

A federal court ruled that the FDA violated the National Environmental Policy Act and the Endangered Species Act when approving GE-salmon.

The maker of organic, plant-based formulas used in the treatment of chronic illnesses has raised $51 million from Goldman Sachs, Kaiser Permanente Ventures and existing individual investors. 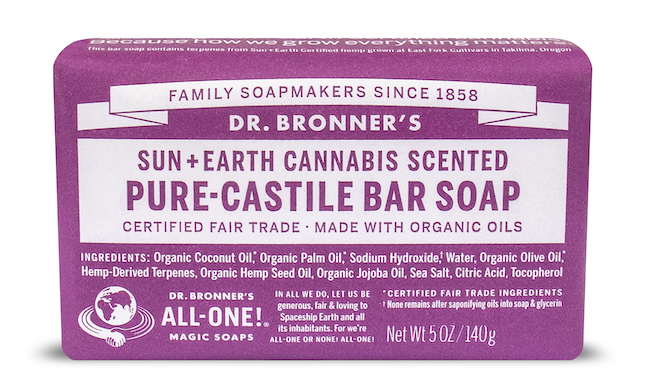 Available starting on Friday and running until December 20th, Dr. Bronner’s will be offering a cannabis-scented fragrance of its classic bar soap on behalf of a new campaign for Sun+Earth Certified, a program inspired by and aligned with the Regenerative Organic Certified standard but tailored to the way cannabis is grown and produced. David Bronner, Cosmic Engagement Officer (CEO) of Dr. Bronner's, explains why his company supports the Sun+Earth certification.

Yes, Pesticide Companies Are Marketing Themselves as a Solution to Climate Change

By Sharon Kelly and Frances Rankin

Activists say the pesticide industry's calculated move is straight from the tobacco playbook.

A New Organic Farming App is Trying to Weed Out Paperwork

In Canada, there is a new app that helps diversified organic farmers track their farm and renew their certifications. 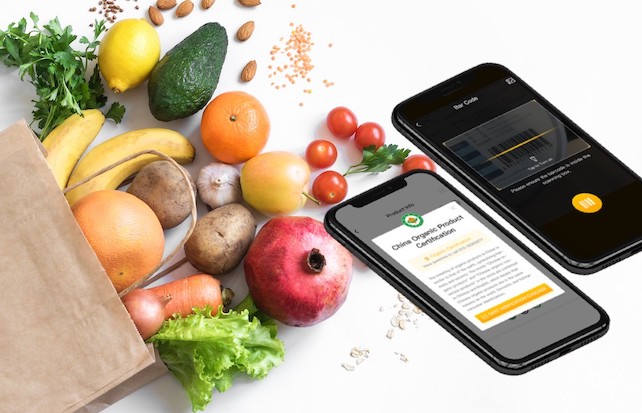 A close look at OrgHive, the leading digital marketing platform for reaching organic consumers in China.

10 Trends Emerging in the Aftermath of COVID-19

Differentiated design for online sales and digital restaurant concepts are a few of the food trends that have emerged from COVID-19.

The Grocery Manufacturing Association was accused of not disclosing where its contributions to the 2013 “No on 522” campaign came from.

* Nature’s Path has successfully delivered more than one million bowls worth of donated food to 10 U.S. and Canadian organizations, and it raised more than $335,000 for the company’s food bank partners.

* Founded by ECOlifestyle pioneer and ECOfashion Corp CEO Marci Zaroff, sustainable clothing brand YES AND has committed to being carbon net zero by 11.11.22.

* The National Organic Coalition sent a letter to the Biden/Harris administration detailing the organic priorities it should address.

* On November 23rd, the virtual 2020 Iowa Organic Conference will be taking place.

* A Proud Supporter of Rodale Institute program has just been launched.

* The food industry is not recognized for sustainability. How can we fix that? — An op-ed by Nicole Atchison, CEO of Puris Holdings.

* GMO Free USA has launched a campaign to raise awareness of the dangers of Scotts’ Miracle-Gro Company’s genetically-modified, Roundup-Ready grass.