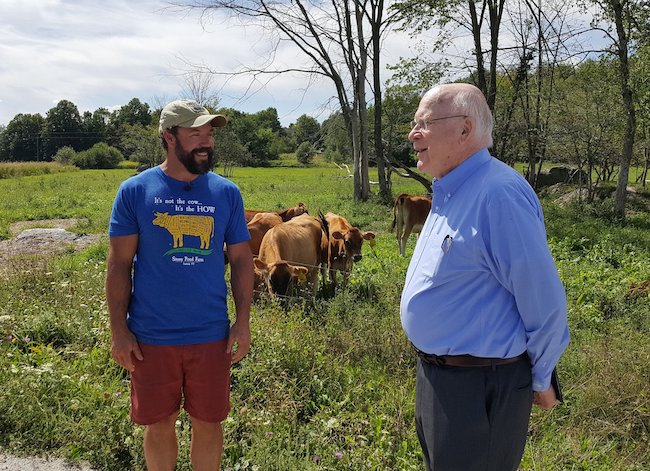 With some sophisticated maneuvering of legal paperwork, cows that have been fed GMOs and injected with growth hormones can all of a sudden be classified as organic cows.

And this can go on repeatedly, year after year.

How does this happen?

Because of a loophole in the Origin of Livestock rule, which governs how animals are transitioned into organic production. And some big operators are abusing this rule to the complete detriment of smaller organic dairy farms, many of whom have suffered total financial ruin.

“Farmers need a level playing field, and I’m greatly concerned that a small handful of factory-scale farms are using their influence to cut corners and erode the true intent of organic farming. To undermine the integrity of the organic label is to threaten the entire sector upon which it’s built,” Sen. Patrick Leahy (D-VT), the ‘father’ of the Organic Foods Production Act of 1990, told Organic Insider.

Under the Origin of Livestock rule, the predominantly held interpretation is that a whole dairy herd can be converted to organic over a 12-month period — once. Not multiple times.

However, some certifiers are allowing dairy operations to use various LLCs and separate ownership structures to circumvent the rules, thereby transitioning dairy animals continuously into organic over time, using a 12-month conversion period for each animal transitioned.

Additionally, animals that are simply in the transition phase are being sold to other farms as organic bovine dairy animals.

Both of these things are allowing major organic dairies to grow into 2,000 – 5,000 herd operations very quickly.

Despite pleas from industry stakeholders, the USDA has demonstrated a complete inability to establish clarity and consistency when it comes to the Origin of Livestock rule, which also has had the effect of deceiving consumers and undermining the integrity of the organic seal.

Now, in 2019, after many years of appeals from farmers and advocacy groups, the USDA still does not have a clear and equitable Origin of Livestock rule in place, and USDA Under Secretary Greg Ibach told a House Subcommittee hearing in June that a proposed rule would be announced sometime in the next few months. This drew the ire from Rep. Chellie Pingree (D-ME), who reminded him that a final rule was already agreed upon in 2015.

After visiting an organic dairy farm in his home state last month and hearing directly from his constituents about the problem, Sen. Leahy vowed to address this Origin of Livestock loophole when he returned to Washington, D.C.

Not only would this bill boost funding for the National Organic Program at the USDA to $15 million annually, but it would require the agency to issue a final regulation on the Origin of Livestock rule within 180 days of enactment. An identical provision was included in House agriculture spending legislation for Fiscal Year 2020, which passed on June 25, 2019.

“The explosive growth of organic markets has been a bright spot for American agriculture since I wrote the original organic farm bill nearly 30 years ago. But now the very size of the industry may present the biggest threat yet to the viability of small-scale producers and those who adhere to both the letter and spirit of the organic standard. I’m pleased that our agriculture funding bill clearly directs USDA to close these loopholes, and so does the House bill. While Congress continues its work to send a fiscal year 2020 appropriations bill to the President’s desk, we’re in a strong position to ensure that we get this right,” Sen. Leahy told Organic Insider.

By no means is this Origin of Livestock rule a done deal, as there are several procedural hurdles that it must clear. However, both the House and Senate bills contain language that address this rule, and it should go into effect in 2020.

Additionally, there are other areas of organic dairy that need to be dealt with before the playing field becomes completely even, such as enforcement of the pasture rule.

All that being said, there are two key takeaways from this situation.

1) While we should feel grateful that a handful of our elected officials stepped in to force the USDA to expeditiously address this problem, we are left with a very troubling question.

Why does the USDA need to be strong-armed by Congress to do its job?

2) The grass roots activism of many farmer and trade groups to both educate and lobby members of Congress was successful. When presented in a coordinated and organized fashion, our voices do matter.

And this should give us real hope.

“Things can change,” said Abby Youngblood, Executive Director of the National Organic Coalition (NOC). “The Origin of Livestock rule is not simple. This is a nuanced issue, but the organic community took action, with a level of education and lobbying necessary to get it past the finish line. NOC, the Organic Trade Association, the Organic Farmers Association, the Northeast Organic Dairy Producers Alliance, the Maine Organic Farmers and Gardeners Association, and many other groups waged a campaign at the USDA and with members of Congress to get them to protect our industry and save organic dairy farmers.”

As the Origin of Livestock rule moves through the required procedural channels of the federal government, we will be sure to keep Organic Insider readers informed. 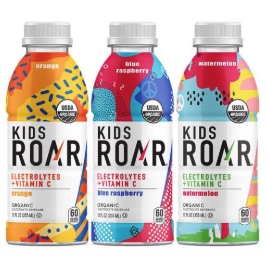 From Roar Organic, Kids Roar is the first organic sports drink specifically formulated for children. It comes in three flavors -- Blue Raspberry, Orange and Watermelon – and has up to 63% less sugar than leading kids’ drinks. 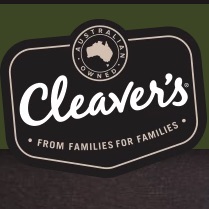 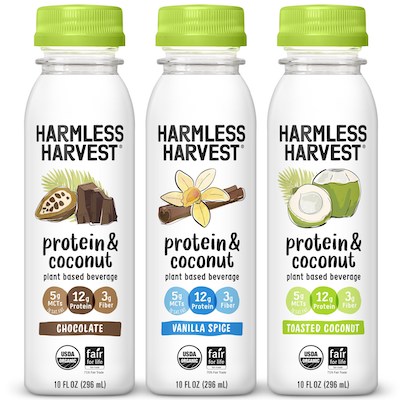 Harmless Harvest has unveiled a plant-based line of Protein & Coconut drinks. They are made with a blend of pea, sunflower and pumpkin proteins, and are available in three flavors -- Chocolate, Vanilla Spice and Toasted Coconut.
This Week's News Items 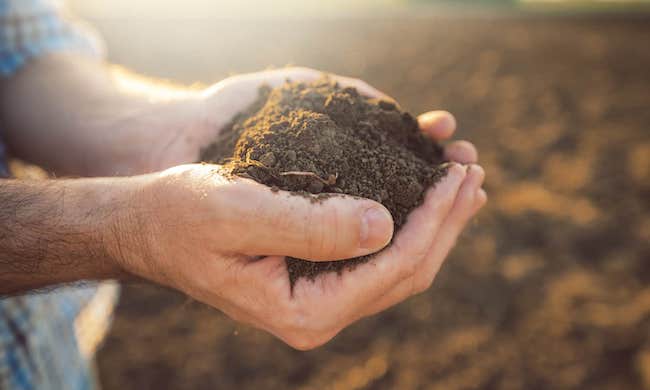 Why Talk of Regenerative Agriculture Should Include Pesticide Reduction

Kendra Klein of Friends of the Earth talks about the one key issue that gets mentioned far too little in regenerative agriculture -- the harmful role that pesticides play in soil health.

Pressure is mounting from Congress for the FDA to remove significant regulatory and legal uncertainty around CBD products.

A look at the social and environmental reasons why Dr. Mercola is paying farmers in India to convert to Biodynamic farming.

Roundup Weedkiller Is Blamed for Cancers, but Farmers Say It’s Not Going Away

Bayer may lose billions over claims that the No. 1 agricultural chemical is unsafe. But its market niche seems secure. 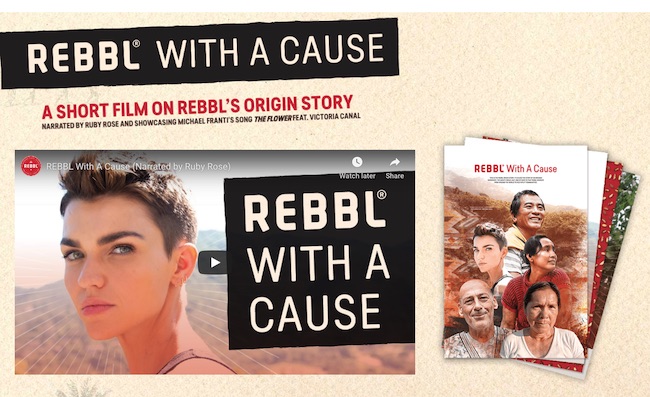 DOCUMENTARY: The Importance of REBBL With A Cause and the Possibility that it Inspires

An excellent short film on REBBL's origins and the incredible impact the company is having around the world.

10 Revelations from the U.S. Right to Know Investigations

U.S. Right to Know discloses how big companies influence science and policy to sway public opinion about our food. 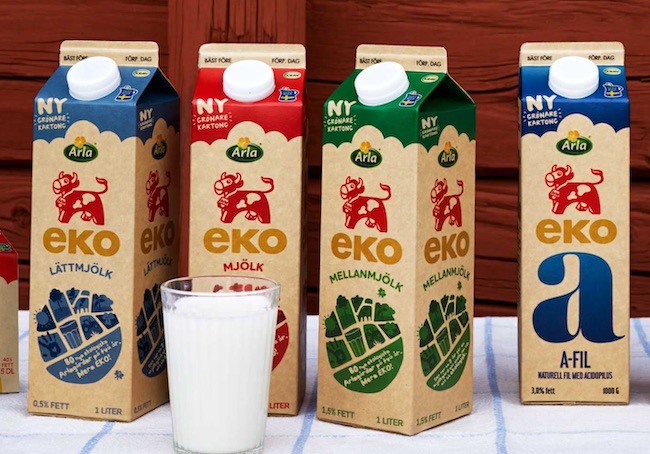 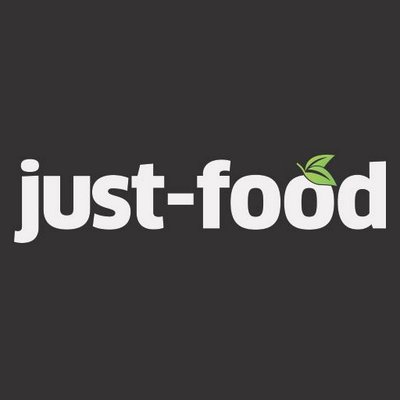 European dairy giant Arla Foods aims to have all of its all dairy production be climate-neutral by 2045. 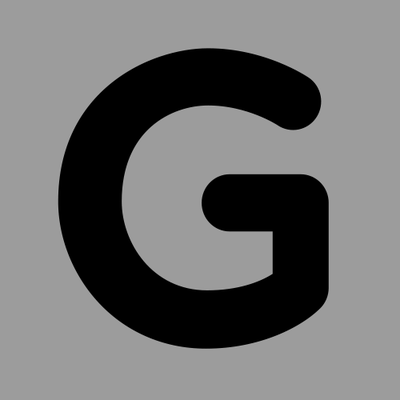 The GMO Mosquito Experiment in Brazil that Went Bad

Traces of the GMO insects have been detected in the natural population of mosquitoes, which was never supposed to happen.

* This is a big deal not only for Marci but also for our industry, as she will be discussing the importance of organic agriculture for a full hour.

* Many organic brands have been participating in the climate strike to demand change from governments around the world.

* On September 19th, Patagonia closed its stores and offices globally so employees could join the strikes and is asking concerned citizens in the U.S. to text CLIMATE to 71333 to tell Congress there is no room in government for climate deniers.

* On September 27th, team members of Nature’s Path will be walking out of work.

* Also on this Friday, the offices and e-commerce store of RE Botanicals will be closed, and consumers will receive a 15% off coupon to use the following weekend. The offices of Palmetto Harmony offices will be closed as well on Friday.

* Stonyfield Organic’s #PlayFree initiative to stop the use of harmful pesticides on parks and playing fields has reached a significant milestone — it has brought organic model fields to over one million people and counting. Very cool!

* Fairway Market in New York is for sale again.

* Dr. Bronner’s has donated $150,000 in matching funds to the 2020 Psilocybin Service Initiative Of Oregon Signature Drive.

* In the UK, there are now organic milk vending machines.

* In San Francisco, a new food concept aims to be the the “In-N-Out of pizza” — but with mostly organic ingredients.

* In case you missed last week’s email, here is my full recap of Expo East and my Top 5 Organic Products of the Show.