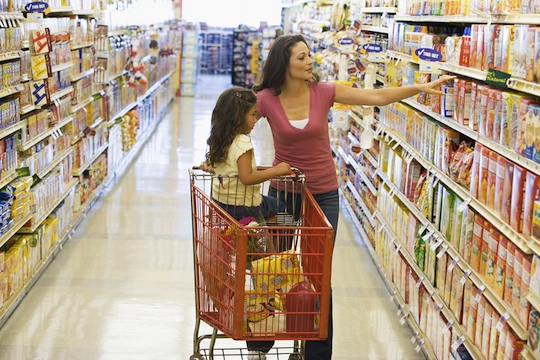 When the USDA released its proposed federal GMO-labeling standards a few months ago, it was painfully obvious that it was doing its best to placate the major GMO seed companies by using the word “bioengineered” instead of “genetically-engineered” or “made with genetic engineering.”

Yet, a recent study by the International Food Information Council Foundation (IFIC) has demonstrated that consumers may not be fooled by this new and potentially confusing terminology.

In an online survey of 1,002 Americans ages 18–80, consumers were shown four variations of bottles of canola oil, with and without the BE (bioengineered) symbols. 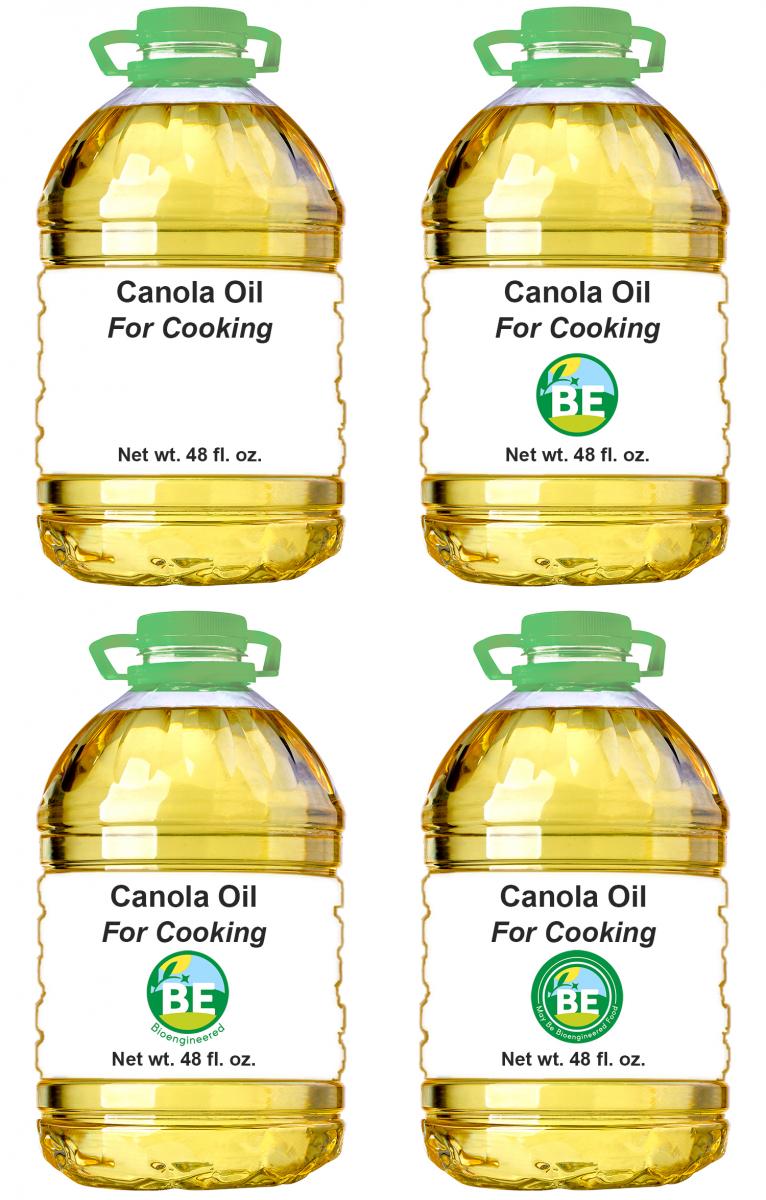 Not surprisingly, the sun and smiley face logos, two other logos proposed by the USDA, were associated with the smallest amount of concern about human health and were generally liked by consumers.

When asked about the means of disclosure, consumers preferred:

In regards to sentiments of GMOs:

When given a list to choose from, the top labeling claims consumers seek out when buying food for their families are:

Even though the USDA is late in establishing the GMO-labeling guidelines, there may eventually be lawsuits over several aspects of these standards; the discriminatory nature of QR codes (The DARK Act allows for QR codes to be used instead of on-packaging labels, despite the fact that nearly 1/3rd of Americans do not own a SmartPhone) and the lack of neutrality with some of the proposed symbols (particularly, the sun and smiley face).

Nevertheless, the findings in IFIC’s study should bring a measured sense of optimism to advocates of organic.

First of all, more than 1/3rd of the population is still unfamiliar with GMOs. Additionally, shoppers are seeking out “natural”, “local”, “raised without antibiotics”, and “sustainable” claims more than “organic” ones.

With more education, these people could be converted to organic shoppers. As of now, they are simply not informed about the health risks that GMOs pose and that these other claims are not nearly as strong as the organic label.

Second, while most of us are completely unsatisfied with the term “bioengineered” and the proposed BE plant symbol, which could be viewed as portraying GMOs as healthy, the data is quite conclusive. Both of these disclosure methods increase concern about genetically-modified foods among shoppers.

As the USDA makes a disingenuous attempt at transparency, by proposing definitions and symbols that are potentially misleading and confusing, consumers seem to be getting the message — a reality that should make big food companies quite nervous. 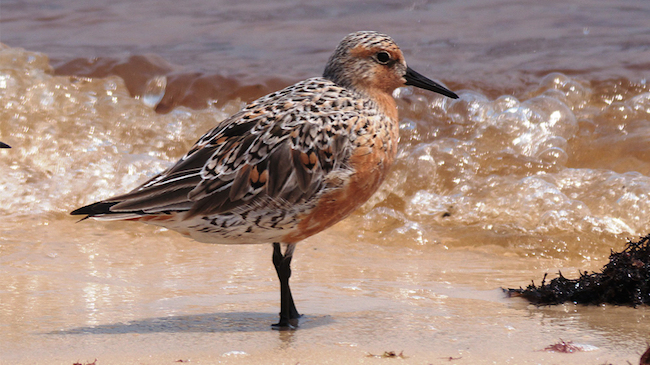 A Growing Emphasis on the Healthy Convenience Store

Across the country, healthy and higher-end convenience stores are emerging. 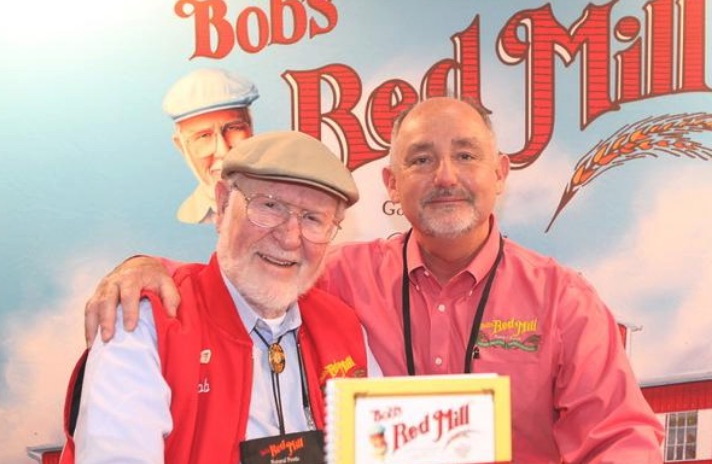 After 40 Years, Bob's Red Mill Has a New CEO

Albertsons has teamed up with venture capital firm Greycroft to invest in and develop grocery-related technology companies.

As part of its Restock Kroger initiative to expand its digital presence, Kroger Ship customers will be able to select from 4,500 private-label offerings and more than 50,000 groceries and other household items. 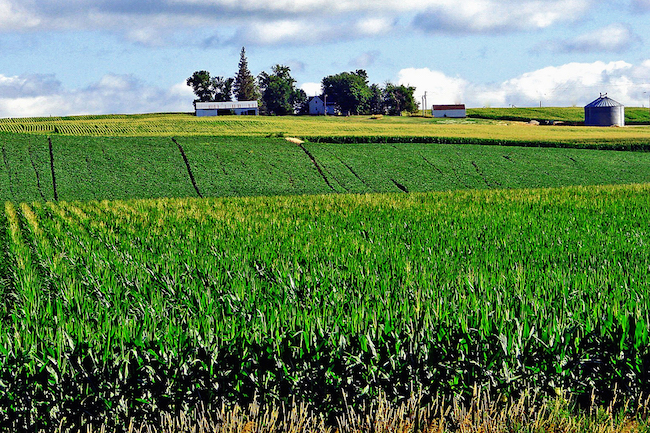 Farming in the Midwest is Failing but There is Hope

Despite the fact that corn and soybeans grown in the Midwest aren't really feeding the people and are doing damage to the environment, signs of hope are appearing -- in the form of cover crops and crop rotations.

As a result of poor enforcement and corporate deception, supermarkets in India are flooded with GMOs, with 15% of the products making false claims of being GMO-free.

Nestle is facing a class action lawsuit, which alleges that the company sold GMO-products labeled as "No GMO Ingredients".

* Be sure to sign the Center for Food Safety’s petition and urge your Senator to oppose a former pesticide executive’s nomination to distribute the USDA’s research budget.

* In chemical news, glyphosate was discovered in Rachel Ray’s ‘natural’ line of pet food; a judge has suspended the use of glyphosate in Brazil; and drift-prone chemicals, such as dicamba and chlorpyrifos, are becoming a very serious issue in courtrooms across the U.S.

* In partnership with Rodale Institute, the Pocono Raceway now has an organic farm.

* The Nordic Organic Food Fair will be taking place on November 14-15 in Malmo, Sweden.

* Basics Market, a new concept which emphasizes cooking, nutrition and education for all, will be opening in Portland later this summer.

* Students at Fairmont State in West Virginia will soon have a Mexican organic restaurant on campus.

* Hy-Vee is now offering in-store nutritional tours at its 190 stores.