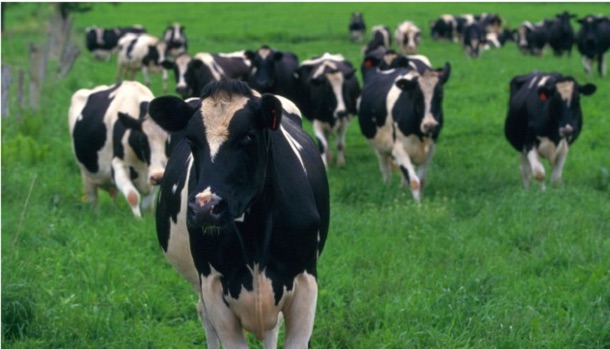 (Well-cared for animals on lush organic pastures is becoming less of a reality -- and more marketing -- every single day.)

“The B Corp community works toward reduced inequality, lower levels of poverty, a healthier environment, stronger communities, and the creation of more high quality jobs with dignity and purpose. By harnessing the power of business, B Corps use profits and growth as a means to a greater end: positive impact for their employees, communities and the environment.” — from the Certified B Corporation website.

For years, attaining B Corp certification has been coveted and important for many leading organic brands, and Danone North America has proudly acknowledged that it is the largest B Corp in the world.

Yet, a few weeks ago, Danone decided to terminate the contracts of 89 small organic dairy farms in Maine, Vermont, New York and New Hampshire, putting these farmers at serious risk of financial ruin.

“The impact on these farmers and their communities is devastating,” said Dave Chapman, Co-Director of the Real Organic Project. “It remains to be seen if someone like Organic Valley or Stonyfield might come in and give them contracts. Failing that, they face bankruptcy.”

Agriculture secretaries in Vermont and Maine are working furiously to come up with a plan to save these businesses, some of whom are organic trailblazers and got certified organic in the 1990s. With Organic Valley and Stonyfield not taking on new farms as of late, it is possible some may end up switching to conventional dairy. However, the majority may be forced into Chapter 11.

According to Ed Maltby, Executive Director of Northeast Organic Dairy Producers Alliance, Danone cited growing transportation and operational challenges, and the company has replaced them with 50 larger organic dairies in Pennsylvania, New York and Ohio, all of whom are presumably closer to the company’s processing facility in Elma, NY.

In the past, Dean Foods ended contracts with dairies and only gave them a 90-day notice. Here, Danone is offering new one-year contracts to help ease the transition. That being said, one year may not suffice, as there is practically nowhere to turn.

Given the dire consequences that these small organic dairy farmers may now face, it raises questions about Danone’s B Corp status and the B Corp certification itself.

“If Danone can decimate the livelihoods of these farmers and their communities — simply because they want to lower their costs — and is allowed to keep the B Corp certification, it illustrates that this certification is meaningless,” said Mark Kastel, Co-Founder of OrganicEye, the investigative arm of Beyond Pesticides.

Organic Insider asked for comment from Certified B Corporation about the certification status of Danone, given its termination of these organic dairy contracts. At the time of publication today, we have yet to receive an answer.

NOT A LEVEL PLAYING FIELD

As a result of small organic dairies being forced to operate on an unlevel playing field for nearly the last two decades, an artificially low level of milk has been created; thus, making it challenging for independent processors and small farmers to compete.

There are two primary reasons for this.

First, the USDA and organic certifiers are not enforcing the rules, which is allowing these organic factory dairy farms to flourish. This was clearly exposed in the 2017 Washington Post blockbuster investigation — Why Your ‘Organic’ Milk May Not Be Organic.

Second, despite the fact that a final rule was already agreed upon in 2015, the USDA has still not passed an Origin of Livestock rule — six years later. This rule governs how animals are transitioned into organic dairies, allowing industrial farms to either start or maintain an organic operation using converted conventional cattle.

Even with the National Organic Program’s new dairy compliance measures, including supposed unannounced inspections, some industry experts are not holding out any hope.

“The USDA doesn’t substantively penalize anyone,” argued Mark Kastel. “There have been numerous instances where organic dairies have violated the law and their organic certifiers violated the law, and for the most part, the only thing that happens is that they are served a letter of non-compliance. Putting them out of business and using vigorous enforcement to deter others from breaking the law would solve the problem, but the USDA won’t do that. The people who run Horizon have served on the National Organic Standards Board and the board of the Organic Trade Association. They have influence, and as long as the cash registers are ringing, nothing will change. Under both Democratic and Republican administrations, we’ve experienced regulatory capture.”

AN ORGANIC FOOD SUPPLY THAT CONSUMERS DO NOT WANT

When we continue to allow growing operations that do not follow the organic rules, not only do we eliminate choice for consumers but we are left with a very sobering reality: nutritionally inferior food.

As the Washington Post investigation reported, the organic milk from Aurora Organic Dairy “was pretty much the same as conventional milk” when it came to levels of linoleic acid and conjugated linoleic acid (CLA), two important measures of the nutritional quality of milk and indicative of cows that are allowed to graze (a legal requirement). Not surprisingly, Aurora Organic Dairy’s complex in Greeley, Colorado stretches miles and milks more than 15,000 cows, managing over 20,000 head, making it 100-200 times larger than a typical organic herd.

“CAFO milk and hydroponic tomatoes are not what eaters want,” said Dave Chapman. “They are being misled, as people respond positively to a lower price. And when you allow that cheating, you are mandating that method of production. Or, you go out of business. If Danone had built a system with real transparency, explaining why the costs were higher and highlighting the small organic family farmers in New England supplying the milk, they could make it work because there are lots of people in the Northeast who would make the right choice. But Danone opted not to do that.”

“We will likely be taking legal action against Danone, and the company’s bank account and brand equity are at risk,” warned Mark Kastel. 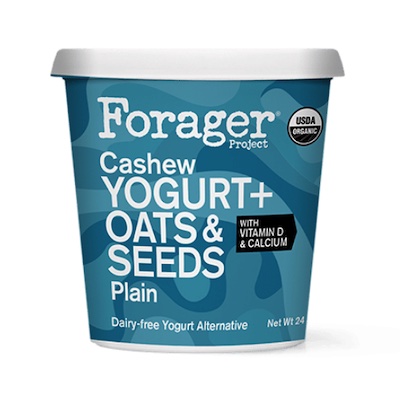 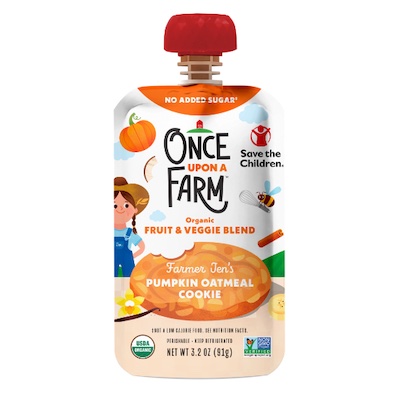 In conjunction with its 'A Million Meals' initiative, Once Upon a Farm has launched its second limited-edition, give-back blend – Farmer Jen's Pumpkin Oatmeal Cookie. Containing no added sugar, it is made with pumpkins grown on the century-old family farm of co-founder Jennifer Garner in Locust Grove, Oklahoma. Available on the company website and for every Farmer Jen pouch purchased, $0.25 will be donated to Save the Children, up to $50,000. 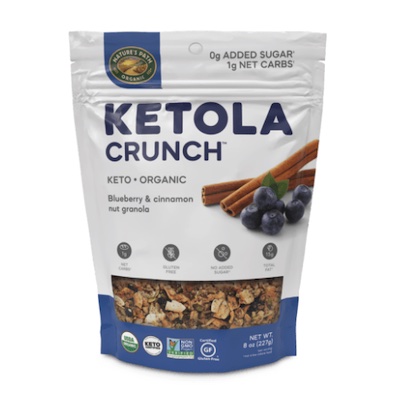 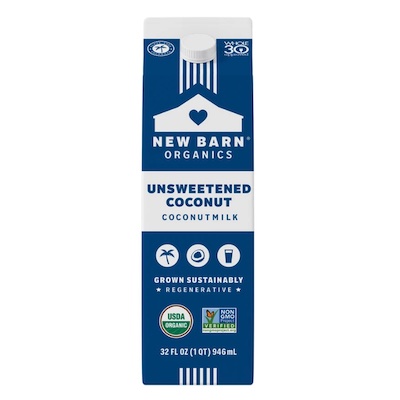 New Barn Organics has just introduced an organic unsweetened coconut milk. Everything is sourced from a collective of small sustainable coconut farms, and regeneratively-grown coconut palms are interplanted with pineapples and other crops. Additionally, each farm is third-party certified to ensure fair labor practices. Whole30 Approved, dairy-free and kosher. 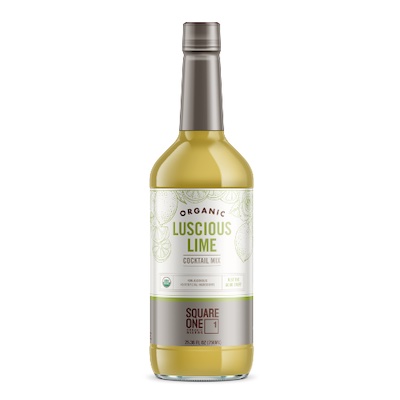 Non-Alcoholic Cocktail Mixers from Square One

The organic, non-alcoholic cocktail mixers from Square One contain the highest juice content and much lower sugar than other options on the market. They come in five flavors -- Spicy Ginger, Bloody Mary, Pink Daisy, Luscious Lime and Lively Lemon. 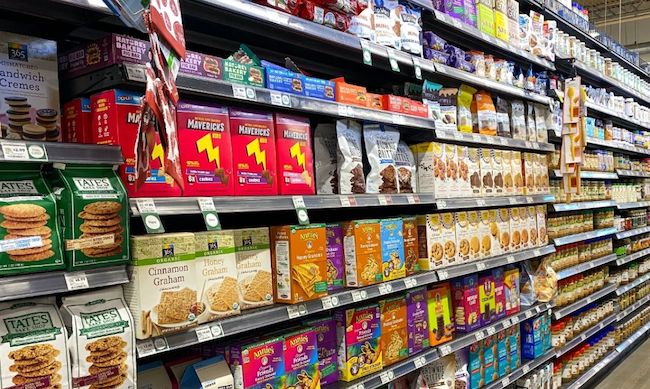 By Aurora Meadows and Ketura Persellin

A new peer-reviewed study from the Environmental Working Groups shows that organic packaged goods are much safer than conventional ones.

Friends of the Earth just released its 2021 Bee-Friendly Retailer Scorecard. How does your grocery store rank?

In Pennsylvania, $1M to Help Support Farmers Transitioning to Organic

Under its $1M Farm Vitality Grant Program, farmers can receive up to $7,500 for organic transition planning assistance. This is the kind of support every state should be offering!

This latest round, led by SoftBank Vision Fund 2 and with participation from Accel, brings the company’s valuation to $2B and the overall funding raised by Misfits Market to $526.5M. 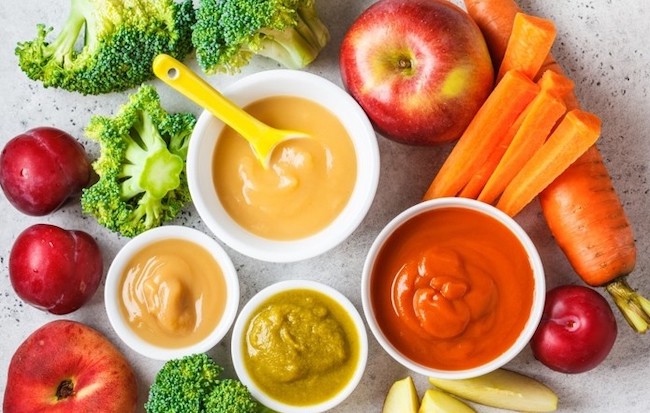 "The FDA needs to get on the ball and needs to make sure that we do what the science requires, as opposed to, what, potentially industry is asking for," the representative from Illinois went on to say.

Europe Wants to Cultivate a New Generation of Organic Farmers

As part of their push to cut emissions by 55% by 2030, EU policymakers are debating ways to breathe new life into the continent’s growth industry.

A flurry of litigation by advocacy groups seeks to combat what they say is a rise in deceptive marketing by food giants. 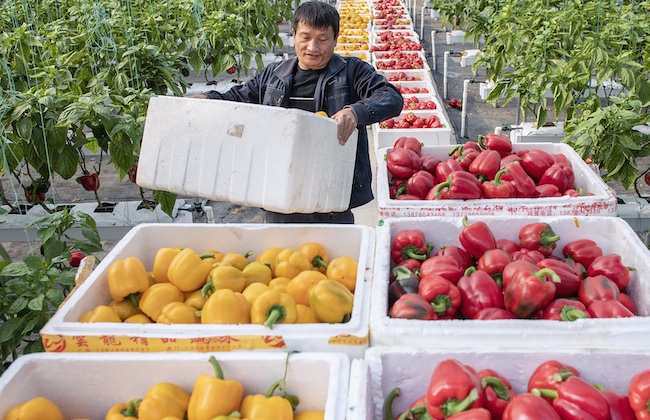 According to a recent Nature Food study, increasing land cover diversity in agricultural landscapes could also increase crop yields by up to 20%,

By Kim Chipman and Elizabeth Elkin

* Organic Farmers Association has started a petition demanding that Danone reinstate the 89 farmers whose contracts have just been terminated. You can sign it HERE.

* In partnership with Save the Children, Once Upon a Farm announced its ‘A Million Meals’ initiative dedicated to helping provide 1,000,000 nutritious meals to kids in food insecure communities in America by 2024.

* Ocean’s Halo is eliminating the plastic tray from its seaweed snacks line.

* Institute for Responsible Technology’s Jeffrey Smith on the existential threat of gene-edited microbes.

* Bitcoin billionaires are betting that this Harvard professor can bring woolly mammoths back from extinction — via genetic engineering. What could possibly go wrong?

* I will be at Natural Products Expo East next week in Philadelphia and please be sure to follow along on Instagram Stories.