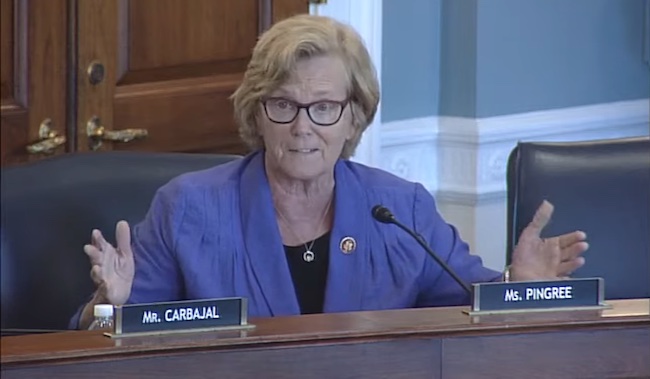 Congress Introduces Bill to Hold USDA Accountable, Many Organic Consumer Groups are Currently Not Endorsing It

(Rep. Chellie Pingree (D-ME) at a 2019 Congressional subcommittee hearing, apoplectic that the USDA had not finalized the long-delayed Origin of Livestock rule.)

The National Organic Program was intended to be a true public/private partnership between the industry and the USDA, but any objective observer will tell you that the USDA has completely failed to do its part over the past two decades, causing immeasurable harm to the organic seal and resulting in two add-on labels to emerge — Real Organic Project and Regenerative Organic Certified.

According to the Organic Trade Association, excluding materials, the last National Organic Standards Board (NOSB) recommendation that was implemented by the USDA was the Pasture rule in 2011. Twenty recommendations have been sitting dormant at the USDA for years, with little to no explanation for the lack of movement. The most notable of these is the Origin of Livestock rule, something that was amended and proposed in 2015 but has yet to be implemented. As a result, many organic dairy farmers have gone out of business.

“This was Congress responding to its stakeholders,” said Laura Batcha, CEO and executive director of the Organic Trade Association (OTA), whose organization spearheaded the advocacy for this bill. “It received support from the broadest coalition we have seen in organic in over a decade, including farming groups such as Rodale Institute and the Organic Farmers Association. The bill will force the USDA to become much more transparent, particularly as it relates to recommendations proposed by the NOSB.”

While many different groups have signed on in support of this bipartisan legislation, noticeably absent are the consumer advocacy non-profits. Center for Food Safety, OrganicEye, Beyond Pesticides and Organic Consumers Association — all of whom are heavily involved in and closely track the recommendation process at the NOSB — have not endorsed this bill. The same holds true for the National Organic Coalition, another organization deeply entrenched in organic rulemaking.

“As this bill is currently written, it could result in the USDA implementing antiquated rules, some of which could damage the integrity of the organic seal to a much greater degree,” said long-time industry watchdog Mark Kastel, co-founder of OrganicEye. “Additionally, it will give the OTA undue influence at the USDA. We should be very skeptical about this bill, spearheaded by the industry’s most powerful corporate lobby group, and what its motivation is all about. The fact that the industry’s most important non-profit, public interest advocacy groups are not endorsing it should raise a serious red flag.”

The introduction of this bill has put the USDA on notice that it must change its ways. If the USDA refuses to meaningfully address the issues in this legislation over the coming months, we should expect Congressional subcommittee hearings in the winter of 2022. Should the bill fail to pass, industry experts expect key aspects of this legislation to make their way into the next Farm Bill.

Given that the exact language is by no means set in stone and will presumably be shaped based on further input from the industry, there is one glaring omission from this bill that must be addressed by Congress — the USDA’s complete control over the NOSB work agenda.

Several years ago, the USDA inserted language into the NOSB charter which states that it has final say over the work agenda at the NOSB meetings; meaning, it fully controls what gets discussed and what doesn’t.

This strips the NOSB of its freedom and ability to make untethered recommendations to the USDA Secretary regarding any aspect of organic that it deems important, something that violates the Organic Foods Production Act of 1990.

For example, in the last few years, the USDA has not allowed NOSB members to discuss hydroponics at certain meetings. Given that hydroponics is the most contentious topic in the organic industry, this is an egregious use of the USDA’s power to control both the narrative and regulatory agenda.

Although it is very early, we have seen positive signs from the newly installed USDA that organic will be more of a priority than it has been in the past.

The other day, Jenny Lester Moffitt, an organic farmer and ag administrator in the State of California, was nominated as undersecretary for marketing and regulatory programs at the USDA. Additionally, a few weeks ago, when 42 former NOSB members signed a letter demanding changes to National Organic Program, USDA Secretary Tom Vilsack responded to them within one day — an action that would have been unthinkable in the last administration.

All that being said, it is irrefutable that the USDA has not carried its weight in this public/private partnership, and the introduction of this bill is a clear message from Congress that the status quo will no longer be tolerated. 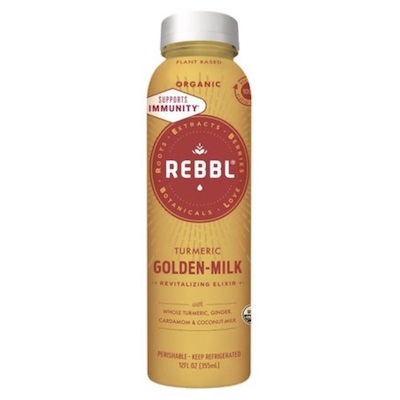 REBBL has just added immunity support to its Reishi Chocolate, Turmeric Golden-Milk, Vanilla Protein and Dark Chocolate Protein flavors. This immune support comes from an added ingredient -- baker's yeast beta-glucan -- that is flavorless and generally-recognized as safe. These organic elixirs are available on the company's website, Amazon, Instacart and at retailers nationwide. 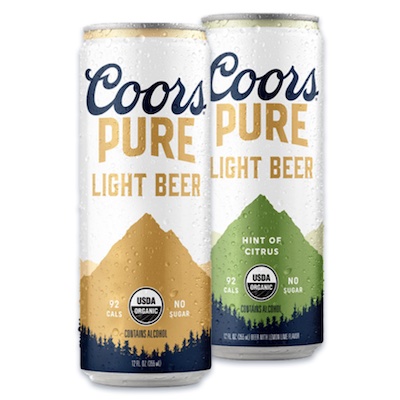 Molson Coors has introduced its first USDA certified organic beer -- Coors Pure. Made with three ingredients -- organic hops, organic barley and water -- it contains zero sugar and 3.8% alcohol by volume. Coors Pure is for sale nationwide, and the Hint of Citrus flavor is available in limited markets. 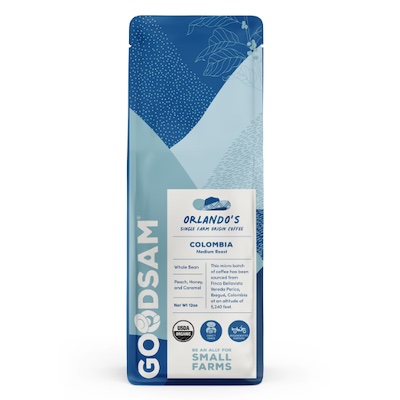 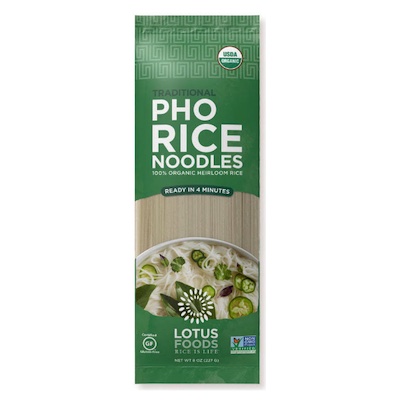 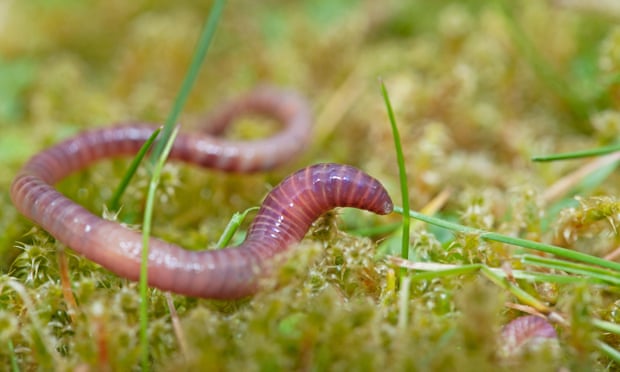 A new study found that pesticides are causing widespread damage to the tiny creatures that keep soils healthy and underpin all life on land.

GE-Mosquitos Have Been Released in the Florida Keys

This dangerous science experiment -- something we wrote about last year -- has begun in Florida.

In what has to be a first, American Kara Rosen starts and successfully exits her organic, cold-pressed juice and nut milk company in the UK. 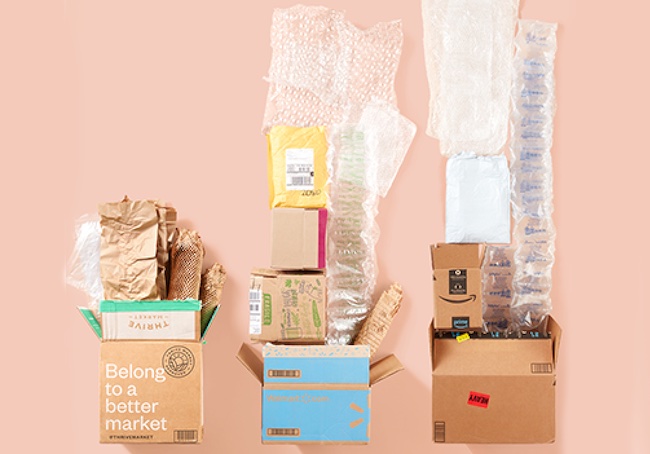 Thrive Market has set a goal to be zero waste certified in 2022, plastic neutral by 2023 and completely carbon negative by 2025.

For $12M, Laird Superfood has purchased the maker of organic and natural snack products.

'Percy vs. Goliath' Film gets Released

Based on a true story of Percy Schmeiser's legal battle against Monsanto, “Percy vs. Goliath” is now available for viewing. 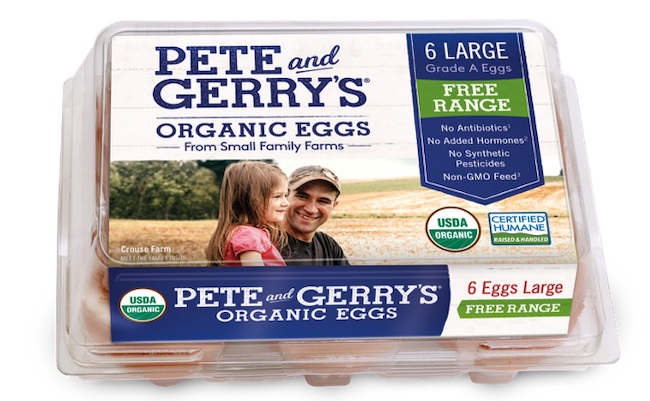 The 9th Circuit Court of Appeals ordered the EPA to ban all food uses of the brain-damaging pesticide chlorpyrifos.

How Gene-Edited Crops are Regulated in the EU May Change

Based on a new review in the EU, there may be a possible loosening of restrictions for gene-edited plants.

* NYC has banned pesticides in parks with a push from an unlikely force.

* David Bronner and Les Szabo of Dr. Bronner’s discuss Psychedelics at a Crossroads: We Need Constructive Not Extractive Capital.

* Amy’s Kitchen CEO Xavier Unkovic is leaving the company…..founder Andy Berliner will take over his position.

* Rodale Institute and sustainable fashion brand YES AND have partnered on this t-shirt to help promote organic farming.

* How this organization is bringing justice and dignity to essential dairy farmworkers.

* 100+ groups demand actions that are critical to protecting endangered species and wildlife refuges from toxic pesticides.