Despite its Recent History of Human Rights and Child Labor Violations, Nespresso Achieves B Corp Certification. Organic Brands are Calling for Change.

If you find our work valuable to the organic community, please forward this newsletter to your colleagues and ask them to subscribe. Thank you so much.

A repeated number of recent events are painting a very disturbing picture with B Corp; that what this certification does and what it represents to the public do not match up.

The problem is with the B Corp certification standards. Among other things, they do not automatically disqualify companies for human rights abuses against children in developing economies, and companies with lower scores in one area can compensate for this deficit by offering programs such as employee benefits packages for white-collar workers in developed countries.

“There is a very serious issue with how everything is weighted in the B Corp scoring system,” said Anna Canning, Campaigns Manager at Fair World Project. “B Lab scores allow for companies to offset low scores in one area with higher scores in another. So, an employee wellness plan for office employees counts for more points than a commitment to fundamental human rights. And all of those scores can be made up for by stronger performance on environmental points. The way the system is currently set up allows for abuses.”

The latest and most notable example of concern centers around the awarding of B Corp certification to Nespresso (a division of Nestle — NSRGY: OTCPK), which has a recent history of human rights violations on farms that grow their coffee, including child labor, wage theft and abuse of factory workers.

Nespresso achieved the minimum currently required for certification, scoring 84 out of 200 points in five different categories, and due to the way that the scoring system is calculated and what it allows, the company avoided immediate disqualification despite its well-documented violations. 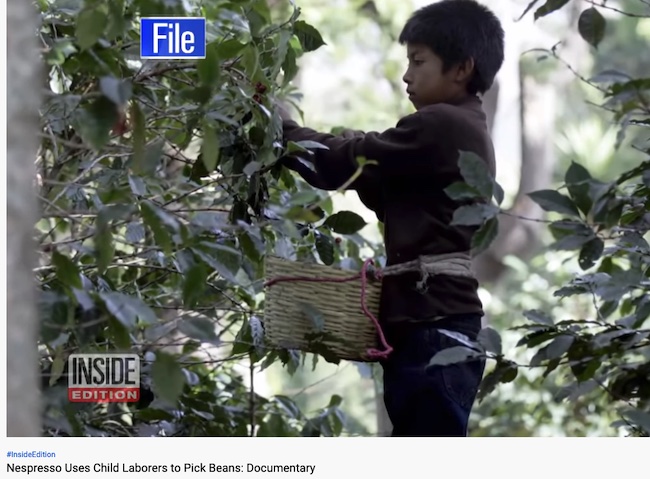 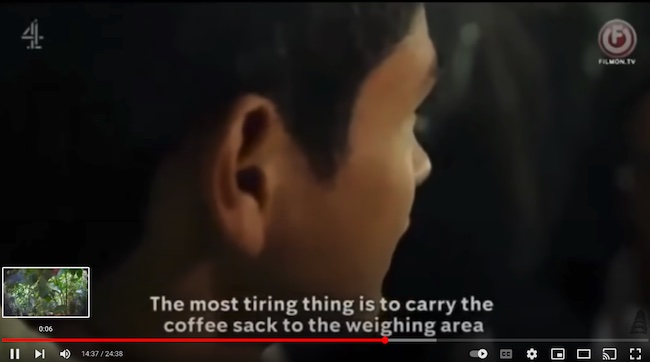 (In a documentary from Britain’s Channel 4 — available on YouTube —  all seven of the farms that it visited in Guatemala had child labor, and all seven of them were linked to Nespresso. Children, approximately from ages eight to thirteen, were working up to 7 days a week.)

Believing that the integrity and relevance of B Corp Certification is at risk, more than 30 brands, including Dr. Bronner’s, Lotus Foods, Grove Collaborative and others, have signed an open letter — with the support of certification watchdog Fair World Project — calling for change.

Among other things, they are asking B Lab, the entity that oversees the B Corp certification, to change the scoring criteria for how companies may achieve certification, install human rights abuses as a non-negotiable disqualification factor preventing certification unless a remedy and course correction are in place, and force continuous improvement when there are issues that need to be addressed.

“Documented human rights abuses are an absolute red line in the sand that should prevent B Corp certification, unless there are clear efforts underway to course-correct a company’s supply chain,” said Michael Bronner, President of Dr. Bronner’s. “While we believe that B Corp standards can help transition our economy to one that is good for both people and the planet, the certification is now running the risk of ethical-washing big conglomerates. This is extremely disappointing.”

Also of note are the many small, organic and sustainable coffee companies who signed on to the open letter. The reason that most of them started their businesses was to be the antithesis of the corporate coffee giants and to do things in a different manner. Yet, despite Nespresso’s recent history of child labor and human rights abuses, they are all sharing the same B Corp certification.

“We take the commitment to be ‘In it for Good’ seriously,” says Lee Wallace,” CEO of Peace Coffee, which was named among B Lab’s “Best For Community” list and earned a Community score in the top 10 percent on the B Impact Assessment. “It shapes every aspect of our business, from the way we reinvest profits with the farmer cooperatives who grow our coffee to our commitment to bike delivery and giving back to our local community. That’s not been the norm in a coffee industry historically defined by the likes of Nestlé’s Nespresso — but we think it should be.”

A DISTURBING PATTERN AT B CORP

It would be one thing if the certification of Nespresso were an isolated incident. However, that is not the case.

Last fall, Danone North America, the largest B Corp in the world, abruptly cut the contracts of small organic dairy farmers in the Northeast, leaving them with very few opportunities for survival and serving a devastating blow to their rural communities. This drew the rebuke of not just leaders within the organic industry but from politicians around the country.

In Maine, Governor Janet Mills said, “I’m upset. Danone is a B Corporation. They’re supposed to be involved with social justice.”

That was followed by a factory worker at Amy’s Kitchen who filed a formal complaint with the California Division of Occupational Safety and Health Administration (OSHA) on behalf of all workers at the company’s Santa Rosa plant. The Santa Rosa plant was the subject of an NBC News report about what workers described as an unforgiving environment that pushed them past the point of injury.

“Amy’s Kitchen has demonstrated a callous disregard for workers’ health, safety and human rights in violation of the B Corp Declaration of Interdependence,” said Teamsters Local 665 Principal Officer Tony Delorio.

The Teamsters filed a complaint in February challenging the B Corp certification of Amy’s Kitchen on behalf of long-time employee Cecilia Luna Ojeda and called for B Lab to reconsider Amy’s certification status. Additionally, the Teamsters contend that over the past decade, Amy’s Kitchen has paid more than $100,000 to settle serious federal health and safety violations from OSHA, including $95,750 in penalties paid within five years of Amy’s certification questionnaire, which the company failed to disclose.

A few weeks ago, UNITE HERE Local 19, representing the workers of Amy’s Kitchen in San Jose, filed multiple unfair labor practice charges against the food company. The union alleges that the company subjected workers to mandatory anti-union meetings, surveillance, threats and interrogations, and terminated two employees for their organizing.

While B Lab should be given the opportunity to make continuous improvement as to how its certification is managed, new standards will not be implemented until 2024.

Waiting another two years to revise the standards does not demonstrate any sense of urgency, based on B Corp’s recent actions and official statements.

Until the necessary changes are actually implemented, which, if delayed, could plausibly get pushed into 2025, B Corp’s reputation for “using business as a force for good” remains an incomplete promise.

Alexa Harrison, Senior Manager of Public Relations at B Lab U.S. & Canada, told Organic Insider, “B Lab will not be revoking Nespresso’s certification due to the open letter. Nespresso, following an intensive three-year process, has met all of the certification requirements.”

* Stonyfield has launched Save Gen F.

* He went from coaching college basketball to raising money from Beyoncé for his organic beverage business.

* ecofashionCORP, owner of the organic clothing company YES AND, was a gold winner in the fashion category for the MUSE Design Awards.

* Ciranda has named Joe Rouleau as its new head of sustainability.

* Just Salad wants the world to ‘Eat With Purpose.’

* Denmark will be the first country in the world to introduce a state-run, climate label for food.

* Absolutely tragic. A federal court rules that the EPA’s delay “exposed a generation of American children” to the brain-damaging pesticide chlorpyrifos. 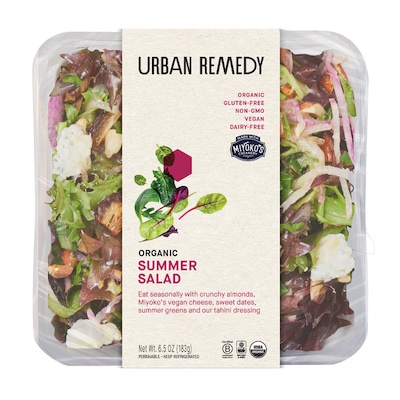 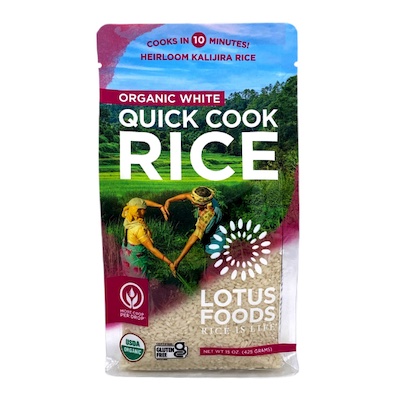 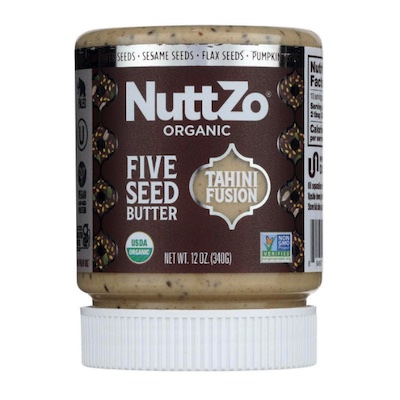 Nuttzo has reintroduced its original 5-Seed Tahini Fusion Butter, which is made with sesame, flax, sunflower, pumpkin and chia. Certified organic, gluten-free, and approved for paleo, keto, Whole30, vegan and kosher lifestyles, it is also allergen friendly -- free of dairy, soy and nuts, and made in a peanut-free facility. 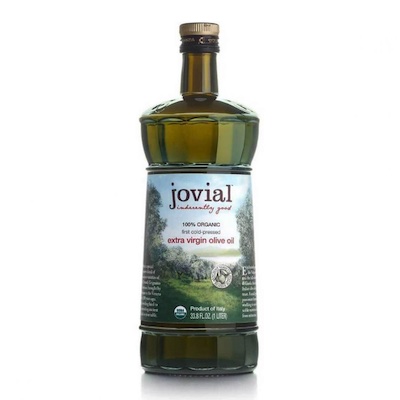 The Organic, Extra Virgin Olive Oil from Jovial Foods is made from three ancient varieties of olives: Favarol, Grignano and Nostrano, all of which were brought by the Romans to the Veneto region 1,000 years ago. The decanting naturally removes sediment without filtering, and the temperature never exceeds 75°F during pressing. 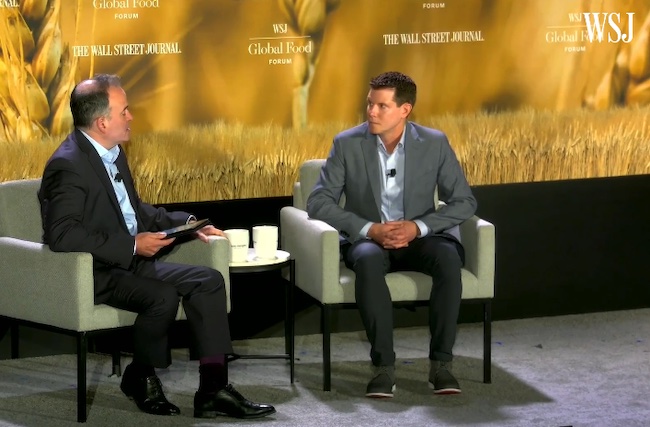 Speaking at The Wall Street Journal’s Global Food Forum, Jason Buechel said one of his goals as the next CEO of Whole Foods Market is “to reconnect to many parts of our heritage as a company.”

Even though James Clayton Wolf’s organic farming certification was revoked in 2020, he continued selling non-GMO grain falsely labeled as organic through an “associate."

By Jorgelina Do Rosario and Tom Polansek

GMO wheat, with all of the glyphosate that gets sprayed on it, is the last thing that the U.S. needs.

EU Proposes Cutting Pesticides in Half by 2030

The European Union’s executive arm proposed setting legally binding targets to reduce the use of chemical pesticides by 50% and a ban on all pesticide use in areas such public parks, playgrounds and schools. 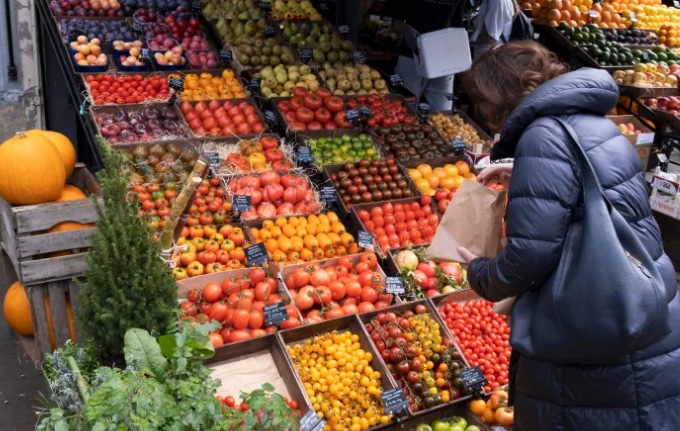 Study: Shoppers Cutting Back on Organic Foods to Cope with Cost of Living

Figures from the IPA TouchPoints 2022 data set, in research carried out between January and March of this year, people preferring to eat organic food fell from 15.1% to 10.9%.

Worldwide demand for organic dairy products is growing, but U.S. producers face a number of challenges hindering their ability to capitalize.

Some of the largest companies in the U.S. have pledged to adopt climate-friendly agricultural techniques. But some farmers say they haven’t provided enough incentive.

Very troubling. In a recent study, it was found that consumers under age 30 and consumers with incomes above $125,000 a year are less likely to avoid gene-edited foods. 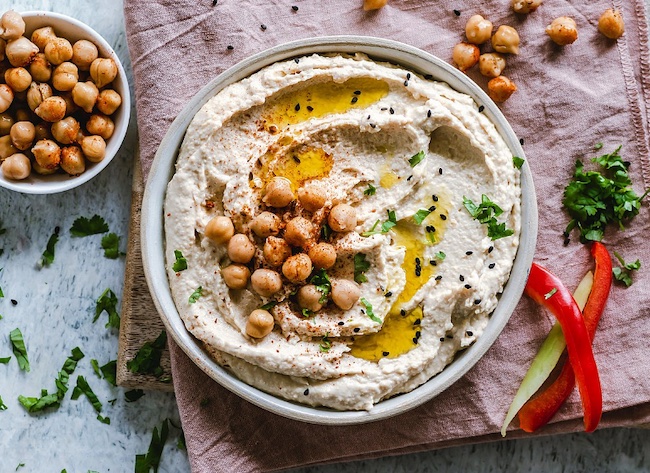 Global Supply of Chickpeas Could Drop by 20% This Year

By P.j. Huffstutter and Christopher Walljasper

Weather and war have hurt supplies of the protein-packed bean, driving up food prices and creating headaches for food manufacturers.

Demand for Organic Meat Is Booming, but There’s a Shortage of Processing Facilities

Small-scale meat producers have long suffered from a lack of access to processing facilities, and COVID exacerbated this problem.

In a partnership between Stable and Mercaris, the first-ever, over-the-counter option contract to protect against volatile organic soybean prices was executed.

* Stonyfield has launched Save Gen F.

* He went from coaching college basketball to raising money from Beyoncé for his organic beverage business.

* ecofashionCORP, owner of the organic clothing company YES AND, was a gold winner in the fashion category for the MUSE Design Awards.

* Ciranda has named Joe Rouleau as its new head of sustainability.

* Just Salad wants the world to ‘Eat With Purpose.’

* Denmark will be the first country in the world to introduce a state-run, climate label for food.

* Absolutely tragic. A federal court rules that the EPA’s delay “exposed a generation of American children” to the brain-damaging pesticide chlorpyrifos.