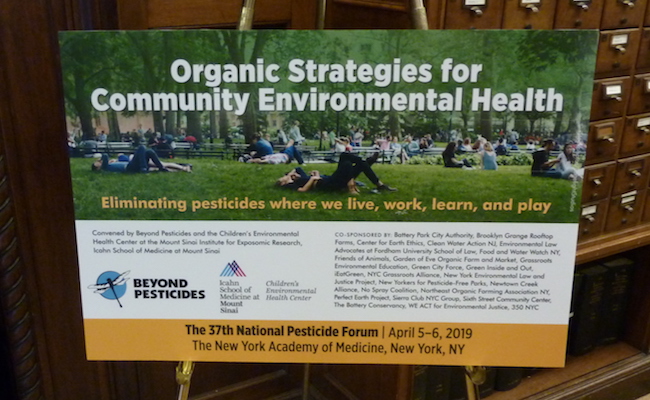 The Importance of Organic Standards Cannot Be Underestimated

At last weekend’s 37th National Pesticide Forum in NYC, doctors presented the latest research on how harmful glyphosate is to the body, lawyers and researchers discussed key matters related to chemicals, and landscapers talked about effective management practices for nurturing soil and plant health.

Yet, what may have been the most compelling and inspirational presentations were those by activists from across the U.S. — from Hawaii to Massachusetts and from Colorado to Maryland — who have worked to ban pesticides in their local cities and states. These people realized that because our federal government has put the interests of major chemical companies ahead of human health, there was no choice but to take matters into their own hands.

“The aggressive undermining of the laws by the EPA has been an important motivator around the country for citizens to use local authority to protect themselves and their families. Each group comes at it from a different perspective, whether it is a food safety one or because they are concerned about pesticide use on parks and playgrounds. Yet, they all understand that these chemicals are very dangerous. When these folks work with us, they are looking for solutions — ones that work and are effective,” said Jay Feldman, Executive Director of Beyond Pesticides, the organization which hosted and organized the conference.

What may not be readily apparent, however, is the critical role that organic standards play in the banning of these chemicals.

“In the case of Portland, Maine and Montgomery County, Maryland, we relied on and presented standards in the Organic Foods Production Act of 1990 (OFPA) that are relative to turf and landscape management. It is the only standard in federal law that embraces the precautionary principle and is one that is protective of human health and the ecosystem. Because of OFPA and organic standards, we are able to demonstrate to local municipalities that there is another way, and the fact that these alternatives carry the imprimatur of the federal government is of tremendous consequence,” put forth Jay Feldman.

Given its importance, any degradation of these organic standards translates into weaker tools to fight pesticides on a local level. One such example of this was the illegal changing of “The Sunset Rule.”

At the National Organic Standards Board (NOSB), the 15-member advisory board that makes recommendations to the USDA about processes and ingredients, any specially approved material is allowed for a five-year period. This gives a farmer or a company time to come up with an alternative or allows the NOSB a period to evaluate new science.

As it was originally designed, at the end of the five-year period, that specially approved material “sunsets off” or expires, with a 2/3rds vote of the board needed to extend it for another five years.

In September of 2013, the USDA abruptly and unilaterally changed The Sunset Rule without any public input and made it such that a 2/3rds vote of the board is now required to remove an ingredient.

Given the prevailing attitude of many NOSB members who want to have “more tools in the toolbox”, removing a synthetic ingredient from the National List has since been incredibly difficult, if not impossible. (This change to The Sunset Rule led to Alexis Baden-Mayer of the Organic Consumers Association getting handcuffed by police and is the subject of a lawsuit against the USDA by the Center for Food Safety and 13 other organic groups.)

As such, having strong organic standards transcends the desire to have a high-integrity, high-quality organic food system. It means something larger.

“These local groups are demonstrating that we can eliminate exposure to chemicals that are hazardous to our health, and we are developing an approach to address the climate crisis and the insect apocalypse, both of which are foundational to life,” said Jay Feldman.

Without question, the highlight of the National Pesticide Forum took place on Saturday night at the showing of the excellent documentary Ground War (a filmmaker’s investigation into the death of his father takes him deep into the world of golf, chemical lobbying, and citizen activism, where he learns that the rampant use of pesticides around the world may be far more damaging than he thought.)

At the movie premiere was Dewayne “Lee” Johnson, the California groundskeeper who sued Monsanto for giving him Non-Hodgkin’s lymphoma and was subsequently awarded $289M. 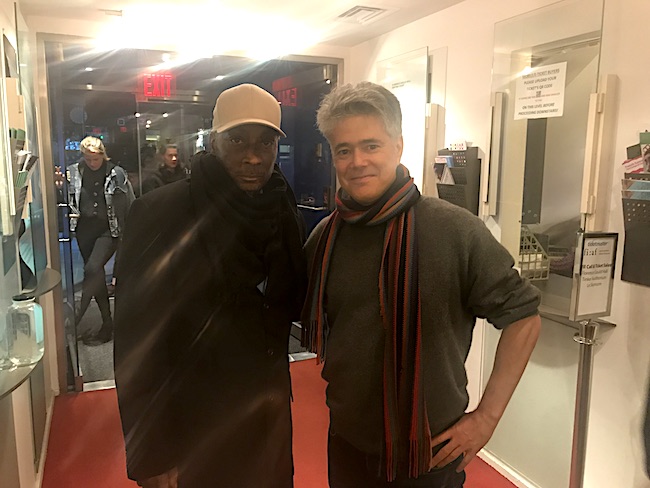 Mr. Johnson made the trip to NYC from California despite the fact that cancer has taken a serious toll on his body, and he is covered in lesions. Needless to say, this man is an unquestioned hero to all of us in the organic community.

Click HERE to watch my short interview with him.

Overall, Beyond Pesticides put on an excellent conference and demonstrated what an important organization it is to our movement. 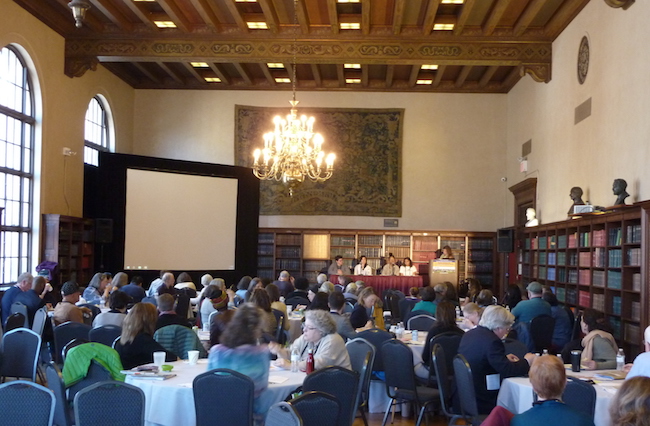 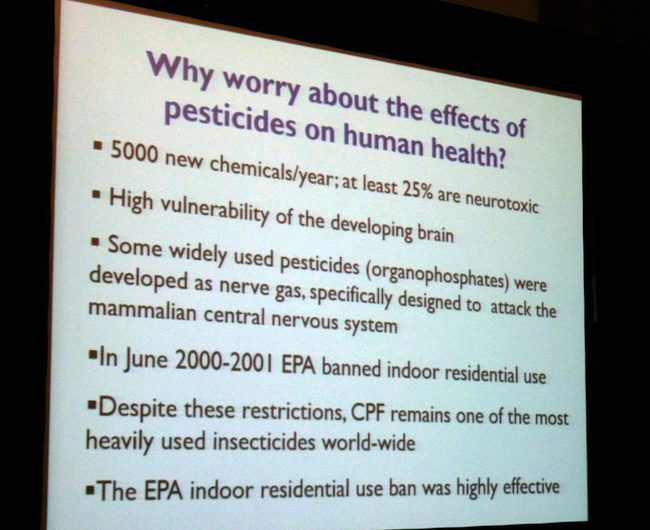 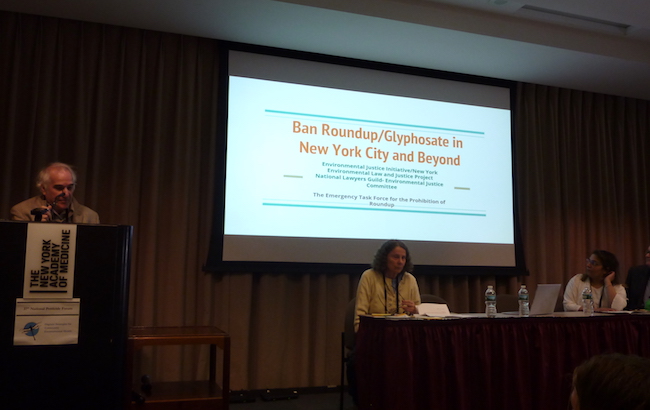 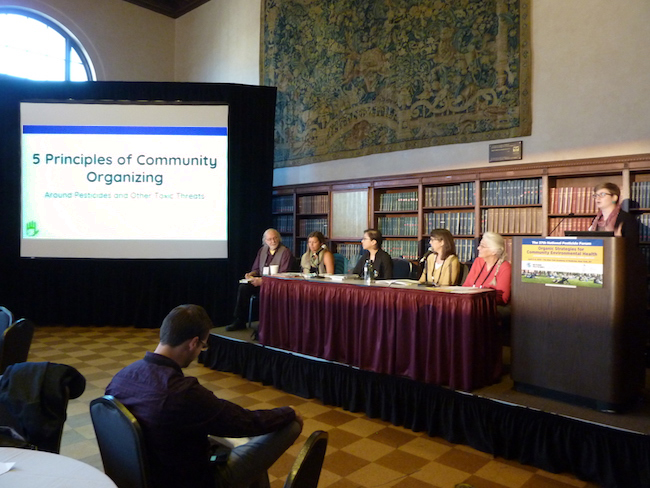 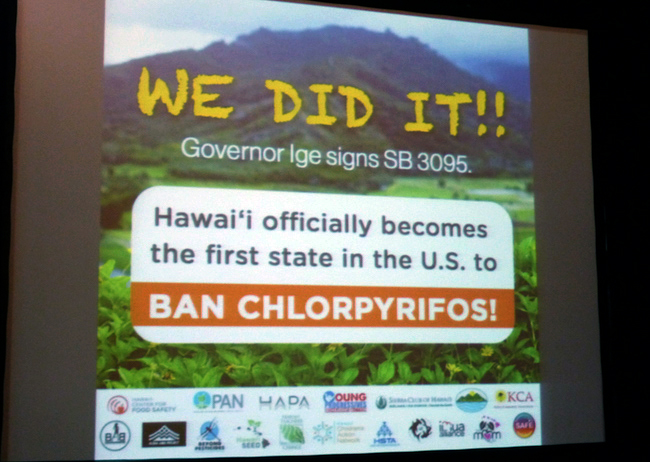 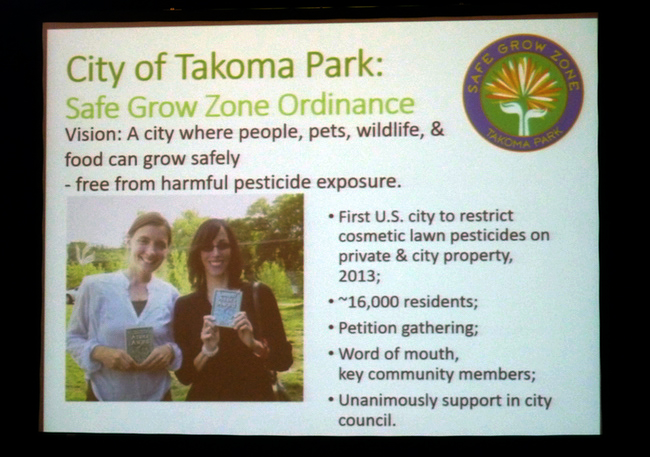 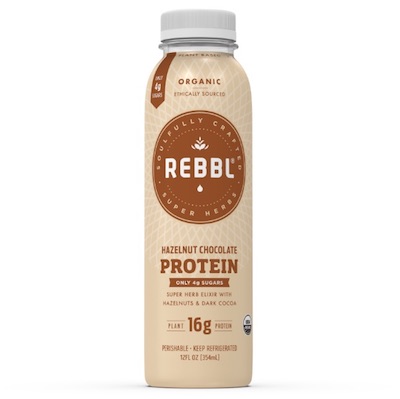 Quite possibly REBBL’s best flavor yet, organic hazelnut chocolate boasts 16 grams of plant protein and only 4 grams of sugar. It is sold exclusively at Whole Foods nationwide. 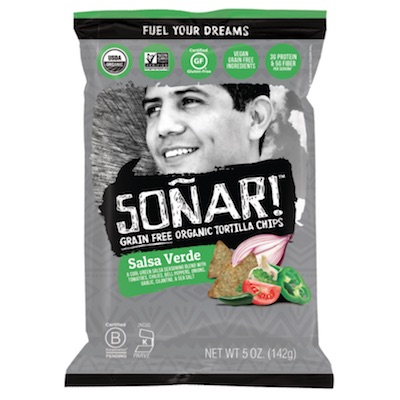 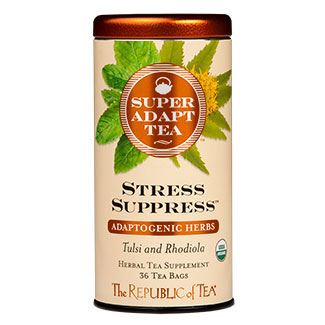 SuperAdapt Stress Suppress Tea by The Republic of Tea

The Republic of Tea has launched SuperAdapt Stress Suppress, an organic tea made with holy basil, rhodiola and hibiscus — with the goal of calming and balancing the body. 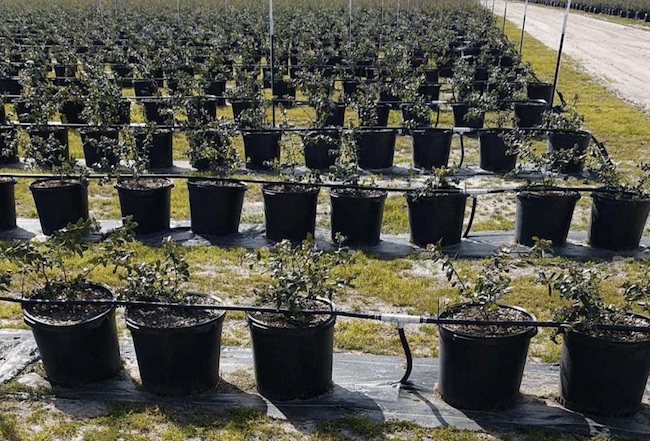 The Real Organic Project has uncovered that some “organic” hydroponic operations are being built on land that has been doused with herbicides, including glyphosate -- something that the USDA's National Organic Program (NOP) is allowing.

Food Industry M&A Deals Down by 11%

2018 saw a decrease in M&A food deals by 11%, with the largest percentage of deals taking place in the manufacturing segment.

In what has been described as "frightening" by Bio Suisse, a new study has discovered pesticide residues on most organic farms in the Swiss midlands. 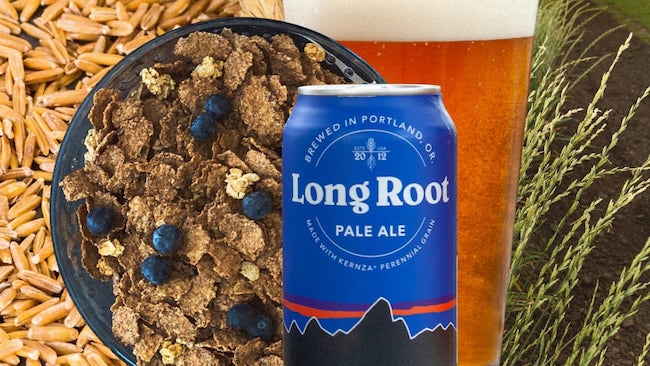 Why Organic Brands are Embracing Kernza

Patagonia and Cascadian Farm are both using kernza in new products, a crop that is particularly effective at storing carbon and whose roots reach more than 10 feet underground.

GrubMarket, which has now raised a total of $89M, could potentially file for an IPO later this year.

China's long process to approve genetically-modified crops has brought up many trade issues for the U.S. 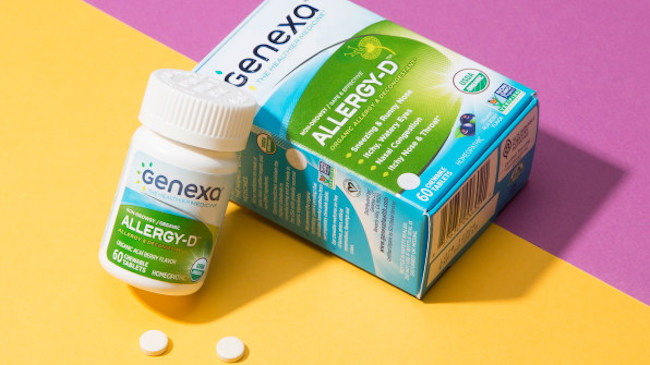 Are "Clean Meds" the Next Big Thing in the Wellness World?

Genexa, the cleaner and healthier alternative to over-the-counter medications, is creating a niche for itself in the organic movement.

Why Farmworkers are Fighting for Organic Agriculture

By Virginia Ruiz and Eugenia Economos

Farmworker justice organizations are pushing hard for organic agriculture because they know how hazardous toxic chemicals are to the health of farmers.

Experts are growing increasingly concerned about what this chemical is doing to the soil's microbiome and how glyphosate poses a real threat to long-term food security.

* If you are a premium Organic Insider subscriber and did not receive it, please let us know and we’ll send it over right away.

* If you’d like to receive this report and also want to support organic food journalism, please consider becoming a premium subscriber.

* On Living Maxwell, I posted the new and inspirational documentary from Dr. Bronner’s called Journey to Pavitramenthe.

* It tells the story of fair trade, small-scale farmers in India who produce regenerative organic mint oil for Dr. Bronner’s products. The film is only 10 minutes long and is a great watch.

* Prince Harry and Meghan Markle are looking to grow as much organic food as possible at their new home in England.