Earthbound Sells, OCA and Bareburger Reach a Deal, the EPA's Very Cozy Relationship with Monsanto is Exposed, and More

Here are my 5 things to know this week.

In November, it was reported that Danone had been trying to sell Earthbound Farm since June but was struggling to find a buyer.

Well, the search has come to an end, with Taylor Farms having purchased this very well-known organic produce brand.

While the terms of the sale were not disclosed, it is probably safe to assume that the company bought Earthbound for dramatically less than the $600 million that the Danone-owned WhiteWave paid for the company in 2013.

The New York Post said that Earthbound went from $70M in EBITDA (cash flow) a few years ago to having negative EBITDA now.

The Agency for Toxic Substances and Disease Registry (ATSDR), an arm of the U.S. Department of Health and Human Services, just released a draft of its long-awaited “Toxicological Profile for Glyphosate”. The report conceded that ‘numerous studies’ have found a link between exposure to glyphosate and non-Hodgkin’s lymphoma. Click HERE to read the Center for Food Safety’s excellent analysis of the report.

In news related to this report, text messages were uncovered that demonstrate the incredibly cozy nature of the relationship between Monsanto and the EPA.

When asked if the agency had connections at the ATSDR (to help delay publication of this report — something the company wanted), former EPA toxicologist Mary Manibusan told Monsanto scientist Eric Sachs, “Sweetheart, I know lots of people so you can count on me.”

Is there any wonder why the EPA refuses to acknowledge that glyphosate is carcinogenic? 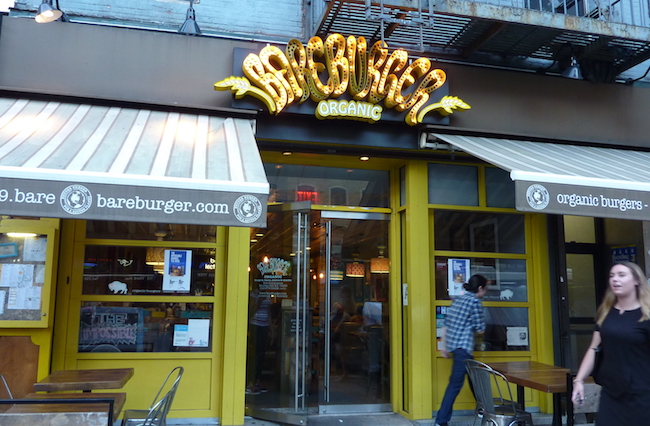 Bareburger, the “organic” hamburger chain that sells the GMO Impossible Burger, has agreed to a ‘transparency initiative’ with the Organic Consumers Association (OCA).

We reached out to the OCA for more details about this agreement, but the OCA said that it could not comment further.

Already, Bareburger is facing a class action lawsuit for deceptive marketing over its use of the word ‘organic’ and based on screenshots of its website this morning, the company makes no mention of the Impossible Burger being genetically-engineered. Furthermore, the website says that:

“Bareburger is NOT 100% organic. However, many of our ingredients are organic whenever possible, and if they are not, they are all-natural, clean and always delicious!”

The Impossible Burger is not “all-natural”. It uses a genetically-engineered protein that was designed in a laboratory, is not found in nature, and had never been in the human diet until a few years ago.

The OCA needs to help Bareburger make serious changes as to how it markets itself to consumers.

4) USDA: OVERALL NUMBER OF FARMS IS SHRINKING BUT ORGANIC IS GROWING

Organic Valley reported a loss ($12.6M pre-tax loss) for the second year in a row, even though this is the third consecutive year that its revenues have exceeded $1.1 billion.

The company began its first national media campaign in the fourth quarter of 2018, and interim CEO Bob Kirchoff said that he was optimistic and that the co-op’s balance sheet still looked “fantastic.” 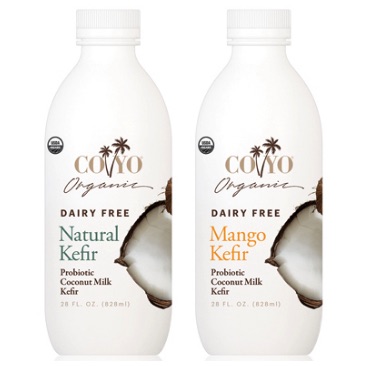 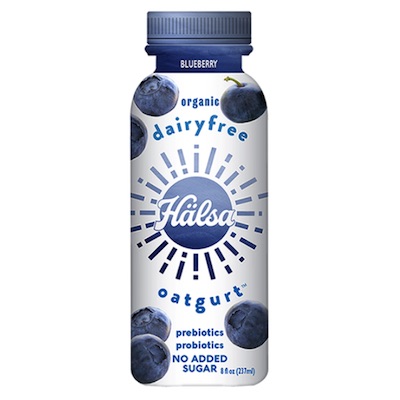 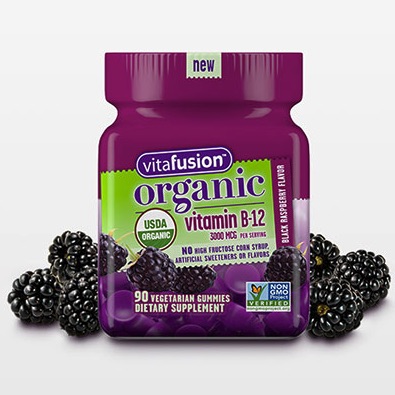 vitafusion has introduced a line of organic gummy vitamins which includes Women’s Multi, Men’s Multi, Vitamin D3, and Vitamin B-12. They are Non-GMO Project verified and are clinically proven to absorb vitamins C & D3+. 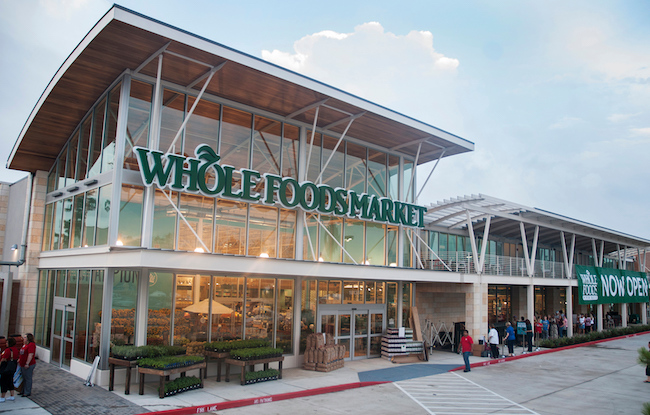 Whole Foods Market has recognized the winners of its annual Supplier Awards, with Nature's Path and Vive Organic among the many who took home awards.

Consumers may not know that many of the synthetic cannabinoids entering the market pose a real health risk, something that could cast a very negative light on the entire CBD industry.

Cornucopia's Investigation of Import Fraud is Confirmed in Europe

In confirmation of Cornucopia's investigative findings into fraudulent organic imports, the EU has severely curtailed the activities of Control Union, an organic certifier. 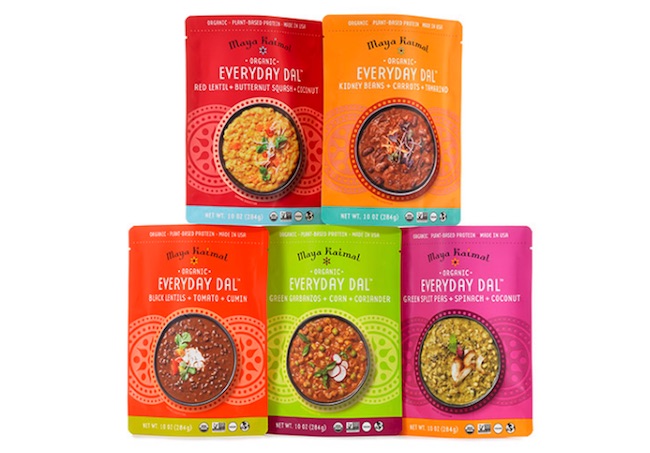 Big Ag is pushing to amend right-to-farm laws to protect factory farms from being sued by their neighbors over air and noise pollution.

By Deena Shanker and Lydia Mulvany

A recent lawsuit against Hormel Foods showed that 'natural' meats can be from animals who receive antibiotics, something that makes no sense but is in line with USDA rules. 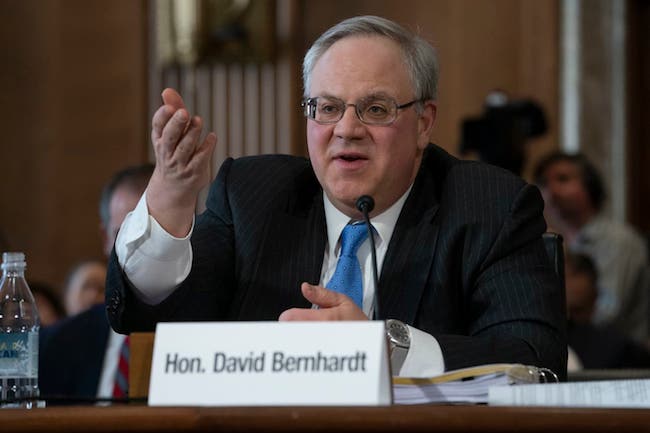 Why Both Major Political Parties Have Failed to Curb Dangerous Pesticides

A sobering look at how both Democrats and Republicans have put the interests of chemical companies ahead of American citizens.

Proving that Regenerative Farming Can Be Sustainable and Profitable

Brazilian producer Rizoma aims to regenerate one million hectares of land by 2030 -- making it known that sustainability can be profitable.

* Center for Food Safety has launched Wild Bee ID — a groundbreaking new website and app available on the iPhone and Android to help you protect our rapidly-dwindling pollinator populations.

* Oprah travels with her own avocados.

* As the demand for CBD explodes, John Roulac, founder of RE Botanicals and Nutiva, asks the very important question: Will We Regenerate with Hemp or Choose Corn 2.0?

* Mexico’s monarch butterflies are in such danger that scientists are moving a forest 1,000 feet up a mountain.

* As I watched Tiger Woods win the Masters golf tournament on Sunday — maybe the most incredible moment in the history of sports — I couldn’t help but wonder how much of the neurotoxic chlorpyrifos was sprayed on Augusta’s perfectly manicured golf course.

* This was something I learned from Andrew Nisker’s excellent documentary called Ground War – an investigation into the world of golf, chemical lobbying, and citizen activism.

* I will never look at golf in the same way again.