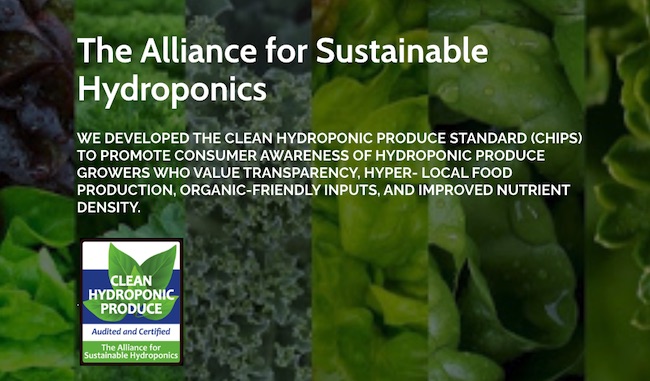 How would consumers feel if they knew that their organic berries, tomatoes and leafy greens, which are meant to be a vital source of antioxidants, were grown in containers of water instead of nutrient-rich soil in the ground?

Some may not care.

Others would be furious, especially when they realize that liquid nutrients fed to hydroponic plants could never be a sufficient substitute for the microbial ecosystem that feeds soil-based plants.

Until now, however, shoppers have been completely in the dark as to how their organic fruits and vegetables are grown, leaving them ill-informed at both the checkout counter and the dinner table.

Seeking to remedy this situation and provide consumers with the transparency that they have come to expect, The Alliance for Sustainable Hydroponics has introduced a brand new certification called Clean Hydroponic Produce. This hydroponic certification, which is not regulated by the USDA nor a substitute for the USDA organic seal, can be used with either organic or conventional produce, similar to the Non-GMO Project.

Natural Grocers, the nation’s largest family-operated natural and organic grocery chain with 159 stores, is the first retailer to pilot the certification and intends to have its first batch of certified Clean Hydroponic Produce vegetables for sale at a select number of stores in October.

Hydroponics remains one of the most controversial subjects in the organic industry, and the USDA is allowing this growing method even though it is a complete violation of Section 6513 of the Organic Foods Production Act of 1990 (OFPA).

Section 6513 b-1 of OFPA says that “an organic plan shall contain provisions designed to foster soil fertility, primarily through the management of the organic content of the soil through proper tillage, crop rotation and manuring.”

Blueberries growing in a plastic bucket of water have absolutely nothing to do with the fostering of soil fertility. Nevertheless, the USDA’s National Organic Program has allowed this practice for many years, putting soil-based organic farmers at a serious operating, marketing and financial disadvantage.

With organic advocates unable to make headway fighting against hydroponics at the National Organic Standards Board, the Center for Food Safety and other industry stakeholders have since taken up the cause and filed a lawsuit against the USDA in hopes of reversing this policy.

“Healthy soil is the foundation of organic farming,” said Andrew Kimbrell, Executive Director of the Center for Food Safety. “The USDA’s loophole for corporate hydroponics to be sold under the ‘Organic’ label guts the very essence of organic.”

While this lawsuit works its way through the courts, the new Clean Hydroponic Produce certification will serve a few important objectives, most notably to drive change from the consumer level.

First, it will raise awareness among shoppers that hydroponics is a growing method widely used in organic, something that may come as a shock to many individuals.

Second, consumers can start to put pressure on retailers to require that hydroponic growers use this certification or otherwise disclose that products have been grown hydroponically.

“At Natural Grocers, we are committed to being honest with our customers. That includes telling them how the organic fruits and vegetables we sell are grown. Over the last decade, the USDA has quietly allowed no-soil hydroponics to be marketed using the USDA organic seal, which we believe hides from shoppers how hydroponic produce is produced. That is why we have participated with organic stakeholders to build the pilot of the Clean Hydroponic Produce standard — to keep our commitment of transparency to our customers,” said Alan Lewis, VP of Government Affairs and Organic Compliance at Natural Grocers.

The Clean Hydroponic Produce certification has three different scopes, of which the first scope has been established and the remaining two will be fully developed with additional input from the industry.

Scope 2 — Plants growing indoors, under glass or tenting, that receive both natural sunlight and artificial light when the sun goes down.

Additionally, brands that become certified will agree to participate in joint research, disclose all energy usage, and label all of their products as hydroponic and grown using inputs that are OMRI-listed or compliant with the USDA’s National Organic Program.

WHAT DO WE WANT ORGANIC TO BE?

Both the Real Organic Project and Regenerative Organic Certified, two add-on labels to the USDA organic seal, prohibit the use of hydroponics.

Yet, for Dave Chapman, Executive Director of the Real Organic Project and someone who is adamantly against hydroponics in organic, he believes the Clean Hydroponic Produce certification is a step in the right direction.

“It is disclosure, and I support the courageous efforts to create an honest label,” he said.

But for him, the entire hydroponics issue points to something larger.

“The question that people need to be asking themselves is whether ‘real’ organic matters. Are people okay with the majority of our meat, eggs and dairy being produced at organic CAFOs and the majority of our organic berries and tomatoes being grown hydroponically? Or, do we say that this is a really important issue, and we want to support a different, more authentic type of farming that is a true alternative to conventional agriculture?”

This new Clean Hydroponic Produce certification will help enable consumers to ask themselves these very questions and force the marketplace to deliver an organic food supply that meets their needs and expectations. 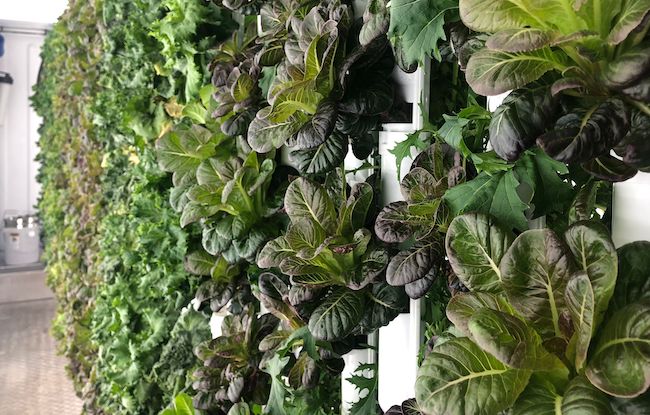 (These are the hydroponic leafy greens grown by Natural Grocers, which will carry the Clean Hydroponic Produce seal. The facility will be USDA certified organic, but the leafy greens will not be labeled with the USDA organic seal.)

This is part one of a planned two-part series about hydroponics. 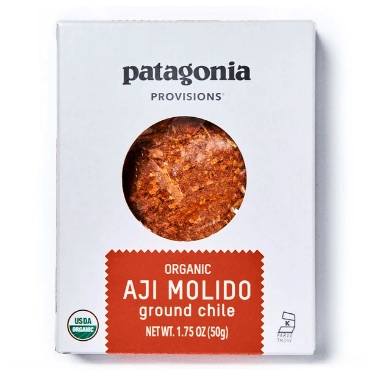 Literally years in the making, Patagonia Provisions has introduced its first line of organic spices, and they are available in three flavors -- aji molido (ground chile), chimichurri spice blend and taco seasoning. The star ingredient in each of these three is aji molido, a spice that Patagonia founder Yvon Chouinard discovered 50 years ago. The company worked with the Argentine spice brand Molino Cerrillos to grow an organic version of these chiles at an altitude of 8,200 feet. 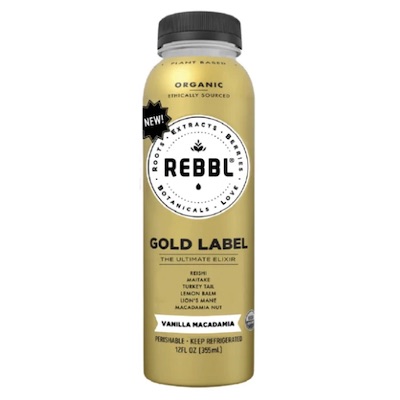 REBBL has expanded its award-winning Gold Label line by adding two new flavors -- vanilla macadamia and cinnamon dolce. These ultra-premium, ultra-functional elixirs are packed with herbs and functional mushrooms, such as reishi, maitake, turkey tail and lion's mane. They are now available on the company's website and at Whole Foods Market nationwide. 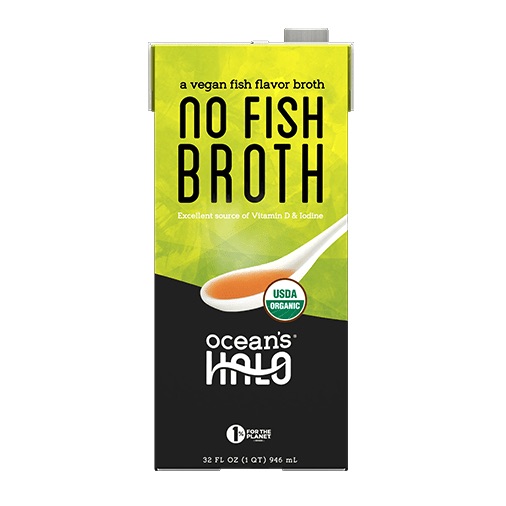 No Fish Broth from Ocean's Halo

Ocean's Halo has introduced a new No Fish Broth for those looking for a fish flavor but with vegan ingredients. Gluten-free and made with sustainable, ocean-farmed kelp, this broth is also an excellent source of Vitamin D and iodine. Exclusively available at Whole Foods Market nationwide. 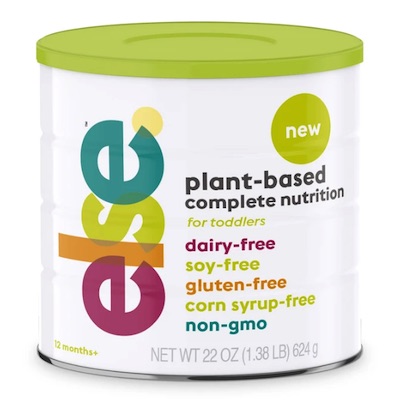 Complete Nutrition for Toddlers from Else

Intended for a child 12 months or older, Else's Complete Nutrition for Toddlers is the first dairy-free, soy-free, gluten-free and organic drink on the market. It provides a plant-based alternative for toddlers with lactose intolerance, sensitivities and other dietary restrictions, and contains 20 vitamins and minerals to support a child's growth and development. 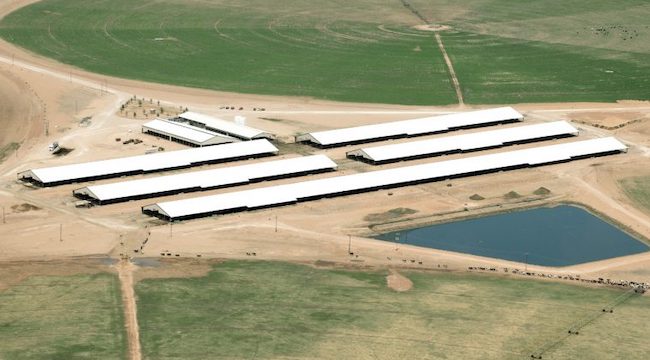 The watchdog organization has filed a legal complaint against Natural Prairie, one of the nation’s largest “organic” factory dairies.

Despite the public outcry and scientific dispute over the human health and environment risks, the Florida Keys Mosquito Control Board gave the green light for the release of 750 million GE-mosquitoes over the next two years.

As vice president, experts say Harris would be able to advance her years-long focus on hunger, worker rights and protections, and environmental justice.

The maker of organic and Non-GMO baking mixes will be purchased by Sovos Brands, a food company backed by global private equity firm Advent International. 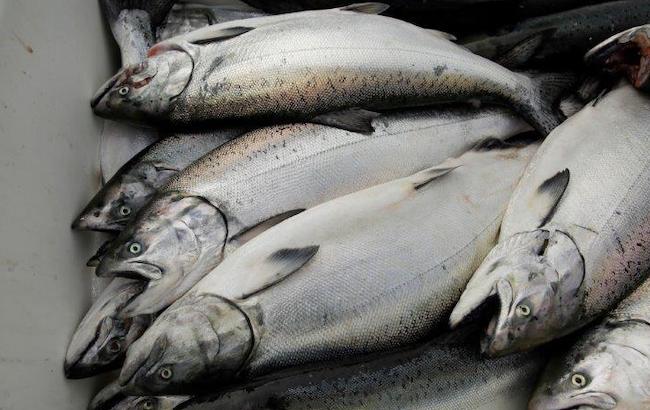 Yesterday, the U.S. District Court for the Northern District of California heard arguments in the Center for Food Safety's lawsuit challenging the approval of genetically-engineered salmon in the U.S.

As consumers call for improved animal welfare, stewardship of the soil and conservation of dwindling water supplies, Aurora Organic Dairy is preparing to open a heifer factory on 1,900 acres in the dry High Plains of Colorado.

Study: GMOs and Pesticides Have Failed to Alleviate Hunger in Africa

According to a new white paper published by the Tufts University Global Development and Environment Institute, the billions of dollars spent promoting and subsidizing GMOs and pesticides across Africa have failed to alleviate hunger and lift small-scale farmers out of poverty. 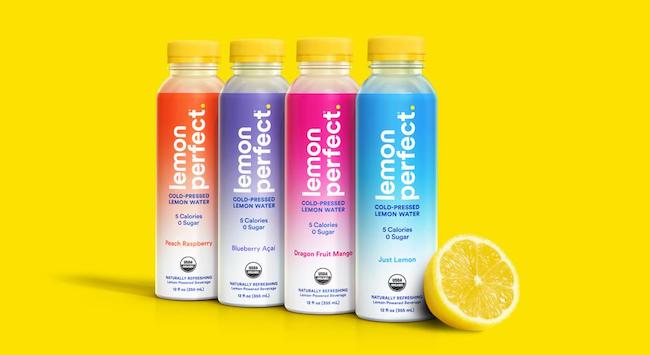 The organic, plant-based protein brand has raised $2.1M from investors, including Walter Robb, the former Co-CEO of Whole Foods Market.

This fall, Kroger plans to go live with a digital marketplace of third-party sellers through a partnership with e-commerce provider Mirakl, which specializes in B2C and B2B e-marketplaces.

* How Black farmers lost 14 million acres of farmland — and how they’re taking it back and going organic.

* I was interviewed by my friends on the Digital Disrupted podcast where we discussed the current state of the U.S. organic market and key differences with China.

* An official selection of the Tribeca Film Festival and narrated by Woody Harrelson, the documentary Kiss the Ground will be available on Netflix on September 22nd, and the trailer can now be viewed here.

* On August 29th in Montauk, organic clothing company YES AND will be hosting a pop-up.

* Nature’s Path is donating 1 million bowls worth of food to 10 food bank organizations in the U.S. and Canada.

* Seventh Generation’s is beginning to move away from plastic completely and has come out with a new line called Zero Plastic Homecare.

* Amy’s Kitchen has promoted Xavier Unkovic to CEO, and Belcampo announced that Garry Embleton has joined the company as its new co-CEO to lead supply chain operations and e-commerce growth.

* Miyoko’s scored a legal victory in its fight with the State of California over the terms ‘butter,’ ‘lactose-free’ and ‘cruelty-free’ on its vegan products.

* A Brazilian billionaire is betting on an organic crop revolution.

* After 35 years, Prince Charles has decided not to renew the lease on a 900-acre organic farm that supplies food to his Waitrose Duchy Organic brand.

* The threat to organic is very real — and not just from regulators who want to weaken standards. In France, an organic farm was vandalized with glyphosate. In Illinois, strangulation wire was sent to organic farmers meant to “put the fear of the devil” in them over opposition to hog confinement.