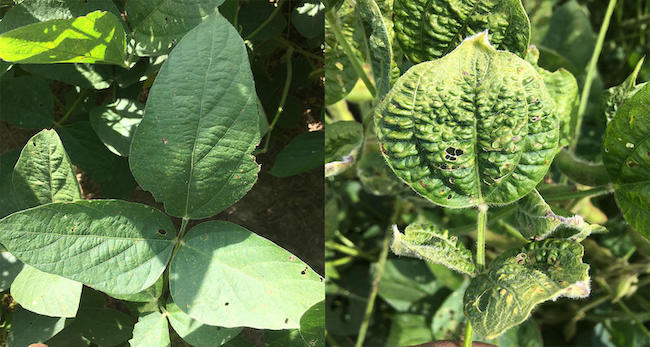 Last Wednesday, consumers and environmental advocates scored a massive victory when the U.S. Court of Appeals for the Ninth Circuit ruled that the EPA’s allowance of the super-toxic herbicide dicamba was illegal.

Even though this is an enormous development, what may be equally as significant is the EPA’s blatant disregard of the Court’s ruling, something that should alarm all American citizens.

What was at stake with the court’s decision was the legality of dicamba, an herbicide that was sprayed on approximately 60 million acres of genetically-engineered soybeans crops in the U.S. last year. This chemical also happens to carry very serious health risks, particularly for people who live in proximity to where it is sprayed and are exposed to it for 3-4 months straight during the season.

According to the Center for Biological Diversity, human studies have shown that dicamba use is associated with certain types of cancers, and animal studies have found that dicamba can alter liver function in a way that is known to induce liver tumors and promote liver cancer in combination with other carcinogens. Dicamba is also known to cause DNA mutations and induce oxidative stress, two pathways known to cause cancer.

Furthermore, dicamba is toxic in low concentrations, prone to drift, causes damage to bees, other pollinators and the environment, and once sprayed, it can volatilize (form vapors) off of the fields for up to four days.

Dicamba is such a problem that the Ninth Circuit Court said the chemical has “torn apart the social fabric of many farming communities” due to the property damage caused by its spraying and the ensuing conflict between neighbors.

Given the impending demise of glyphosate and the thousands of current lawsuits claiming that Roundup causes cancer, the pesticide industry had been pinning its hopes on dicamba being “the product” for the decade ahead.

That is one reason why the Court’s ruling is such a crushing blow.

“While this is a pesticide case, it is a GMO and crop system case as well. The Court’s ruling has validated that this is a broken product, which is now causing an existential crisis and day of reckoning for the pesticide industry. This was supposed to be their Plan B after glyphosate but no longer,” said George Kimbrell of the Center for Food Safety, lead counsel in the case.

In this important victory, the Ninth Circuit Court cited “enormous and unprecedented damage” caused by dicamba in the last few years and that the EPA made multiple errors when approving this product. From 2017 to 2019, farmers reported thousands of dicamba drift episodes causing damage to millions of acres of soybeans as well as vegetables, fruit trees, gardens and residential trees.

Nevertheless, because of dicamba’s importance to the chemical industry, the EPA announced on Monday that it was issuing a “cancellation order” that would allow farmers, until July 31st, to use existing stocks of Bayer’s Xtendimax, BASF’s Engenia and Corteva’s FeXapan.

“The Trump administration is again showing it has no regard for the rule of law, and the order from EPA flies in the face of the Court’s decision holding dicamba-based pesticides unlawful. All users that continue to not seek alternatives should be on notice that they are using a harmful, defective and unlawful product. We will bring the EPA’s failure to abide by the Court’s order to the Court as expeditiously as possible,” said George Kimbrell.

The EPA disregarding the Ninth Circuit Court’s verdict is not only disconcerting for those who care about the environment and human health, but it is setting a very dangerous precedent for how our government is operating — with near disregard to the rule of law.

We now await further legal action to see if the Court can get the EPA to follow the Court’s decision.

Organic Insider will keep you informed as developments related to this case unfold. 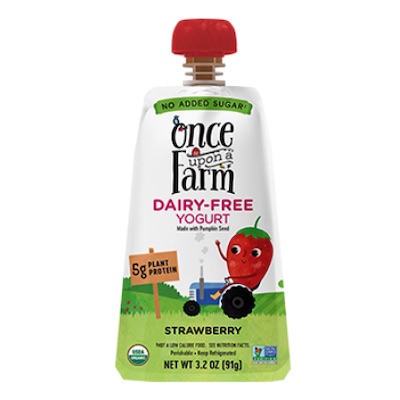 Dairy-Free Yogurt from Once Upon a Farm

Once Upon a Farm has introduced a line of dairy-free organic yogurt that comes in three flavors -- strawberry, raspberry and blueberry. It is made with pumpkin seed milk, blended with fruit and sweetened with dates. No added sugar. Available on the company's website and at 700 Target stores nationwide. 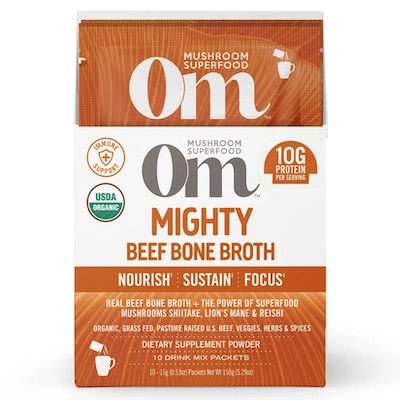 Om Mushrooms has launched a line of organic broths, which contain shiitake, lion’s mane and reishi mushrooms. Mighty Beef Bone Broth (10 grams of complete protein per serving, packed with collagen) and Mighty Veggie Miso Broth (7 grams of complete plant-based protein, vegan). Available on the company's website and at Whole Foods Market, Sprouts and other retailers across the U.S. 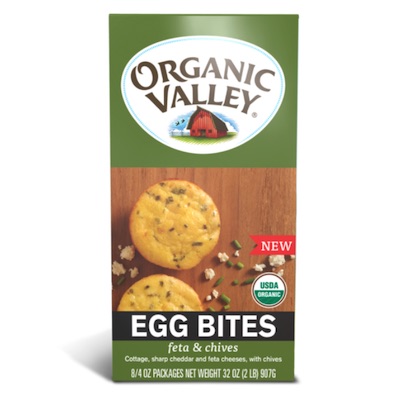 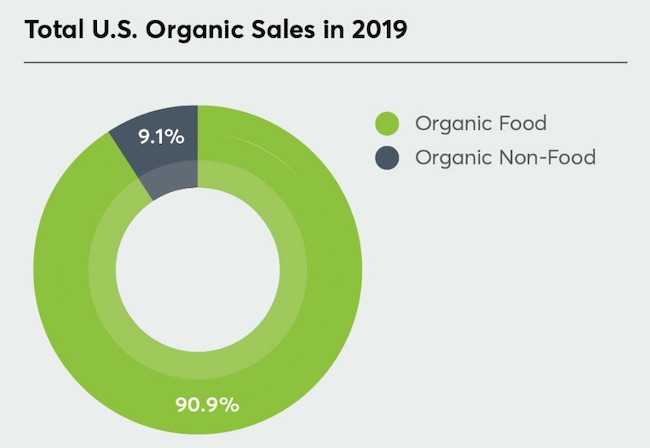 In the 2020 Organic Industry Survey released yesterday by the Organic Trade Association, organic non-food sales surged to over $5 billion, a gain of 9.2%.

In April, the organic certifier CCOF had introduced hybrid inspections (both virtual and in-person) but is now offering 100% virtual inspections for some operations.

Armed with a $1 million budget, the University of California system’s first-ever institute for organic research has opened its doors to develop and adopt effective tools and practices for organic farmers. 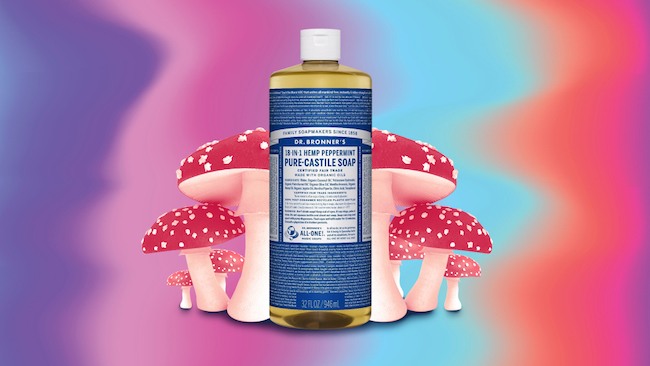 Dr. Bronner’s Soaps Wants to Protect You From COVID -- and Legalize Your Right to Magic Mushrooms

GREAT READ: Among other things, a look at how the company is trying to legalize psilocybin therapy.

An important piece on why the JEDI (justice, equity, diversity and inclusion) Collaborative is needed more than ever right now.

Another reminder about who is in control of our governments. 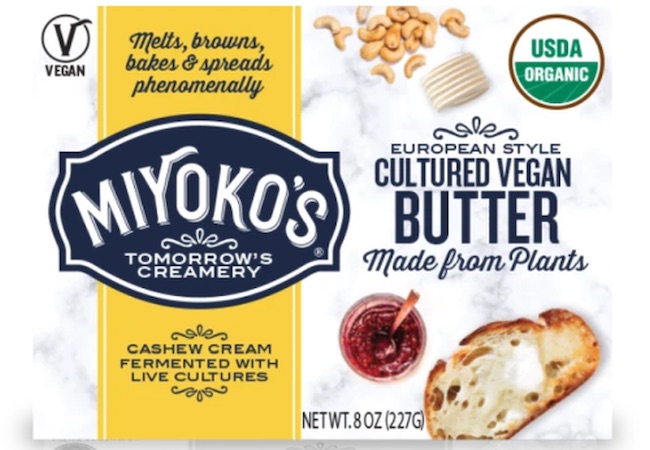 Miyoko’s claims that state ag officials are violating the company's First Amendment rights by insisting the offending term be removed from its labels.

Brandjectory is a new online platform that aims to help foster relationships between early-stage CPG brands and investors.

* I LOVE what Chipotle is doing with its Aluminaries Project and how it is advancing innovative solutions to empower the next generation of farmers.

* Pocono Raceway in Pennsylvania is partnering with Pocono Organics, a regenerative organic farm located on track property, for the Race for Family Farms program. It will benefit local family farmers who have been working tirelessly during COVID-19.

* The largest rooftop urban farm in the world will open next month in Paris.

* How a group of college students from Brown and Stanford has delivered 2 million pounds of produce to hungry Americans since April.

* This beautiful organic vegan restaurant in Brazil was named Cajuí to raise awareness of deforestation in the country.

* Inspirational story of how GUNA Organics got started in India.

* Organic Krush, a New York-based eatery founded in 2014, is now officially an Ocean Friendly Restaurant, as certified by The Surfrider Foundation.

* An organic farm/restaurant in Boulder hired back all its laid-off workers with its ice cream truck-style delivery service.