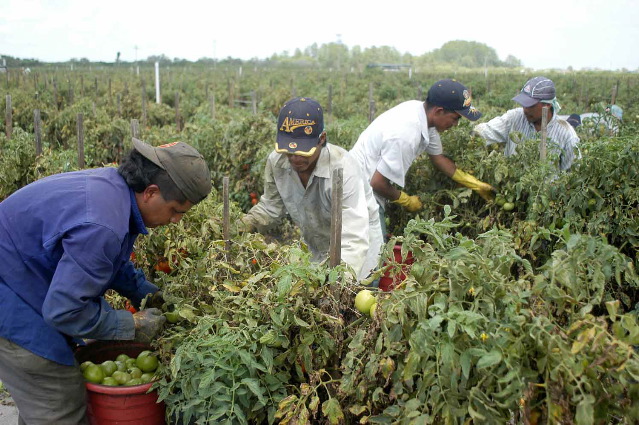 Is the Organic Industry Aware of What's on the Horizon?

(Photo courtesy of The Coalition of Immokalee Workers)

All of us at Organic Insider are distraught over yet another senseless killing. For us to see tangible change in this country, we must vote people into office — on local, state and national levels — who enact policies that embody compassion, respect, love and unity.

It has been well-documented that the conventional food supply has suffered major disruptions, including dumped milk, euthanized animals and shortages of meat.

The question that needs to be asked is whether it is simply a matter of time before the organic industry experiences severe issues of its own.

From a macro perspective, organic has been the beneficiary of this pandemic, with total U.S. organic fresh produce sales up 22% for the month of March, and organic beef producers seeing a surge in demand.

“With people eating out much less, they are paying closer attention to the quality of food that they are putting into their bodies. This is one reason why organic is experiencing such strong demand,” said Kate Mendenhall, Executive Director of the Organic Farmers Association (OFA).

When asked how her farmers are faring during this crisis, the sentiment was unanimous.

“Organic farms are doing really well,” she stated. “I recently sent an email out to our members, and I couldn’t find one farm that is struggling. One OFA farm has a 3,000-person waitlist to join its CSA.”

Farmers in Maine are also adapting to a different environment.

“The spring season is lighter, in terms of the number of crops that our farmers sell, but most farms have been able to pivot and sell to consumers directly — even the ones that had sold 100% of their product to restaurants. We are cautiously optimistic that the consumer demand will continue,” said Sarah Alexander, Executive Director of the Maine Organic Farmers and Gardeners Association (MOFGA).

On the non-perishable side of things, demand has been equally as robust.

“We experienced record sales in March, April and May,” said Eric Jackson, Founder and Chairman of Pipeline Foods, the largest organic grain handler in North America.

Peter Carlson, Director of Terra Ingredients, a leading organic and non-GMO ingredient supply company, echoed similar sentiments. However, he remains cautious about the situation outside of the U.S.

“Here in the U.S., sales of bulk grains and seeds are going well, and there has been no disruption in the market. I am more concerned about places abroad, such as India. When COVID-19 hit there, most people went back to their hometowns, and the labor force has not returned.”

Organic has certainly benefitted from these unique market conditions over the past few months. However, storm clouds are on the horizon, and companies need to understand what may lie ahead.

In the UK, there is a nationwide campaign called Pick for Britain, which is in desperate need to find 70,000 workers for the country’s harvest this summer and fall.

Normally, these jobs are done by foreigners, but travel restrictions, quarantine rules and Brexit are complicating things to a very serious degree.

In the U.S., many organic farms are incredibly reliant on workers from Latin America under the H2A visa program, and without them, there would be a crisis of epic proportions.

“I am optimistic, and I have been told by enough people high up in the federal program that we will get our help when the season starts in a few months,” said Jim Koan, an organic apple grower at Almar Orchards in Michigan. “But if I don’t have these H2A workers, I am not in business. And if we, as an organic apple industry in the U.S., can’t get H2A people, there will not be many apples harvested. There will then be such a shortage of U.S. apples and the cost will be so high that most consumers would never buy them.”

Even though many organic farmers simply cannot operate without these foreign laborers, the current administration and members of Congress want to reduce the pay and limit the number of H2A workers. Decreasing the number of foreign workers will invariably drive up the cost of organic food to consumers.

What also must be taken into account is that we are still in the midst of a pandemic, and if H2A workers get sick, this will greatly impact our ability to meet the demand for organic products.

According to a report from Bloomberg, all of the roughly 200 employees on a produce farm in Tennessee tested positive for COVID-19 this month. In New Jersey, more than 50 workers had the virus at a farm in Gloucester County, adding to nearly 60 who fell ill in neighboring Salem County. Almost 170 were reported to get the disease at a tomato and strawberry greenhouse complex in Oneida, New York.

In a recent survey conducted by ResourcED — a new joint initiative of the Stone Barns Center for Food and Agriculture and the Blue Hill Farm restaurant in Tarrytown, New York — close to 1/3rd of self-described small independent farmers, many of whom farm using organic or regenerative practices, could go bankrupt this year as a result of COVID-19 severely limiting their sales.

Even though the results of this survey are not consistent with what the OFA and MOFGA have told Organic Insider, one can assume that some farmers will not make it through 2020. This probably holds true for (1) small organic dairy farmers, especially those who are not vertically integrated (2) independent producers, such as cheesemakers, who have been selling their products exclusively to restaurants and (3) farmers who sell to schools or other institutions and are unable to switch these potentially lost sales to consumers.

3) UNANTICIPATED CHANGES IN THE SYSTEM

With people’s interest in organic gardening greater than it has been in decades, this has driven up the demand for organic compost — something that farmers rely on to meet their organic certification requirements.

While there may be pockets of the U.S. organic farming sector that are struggling, the overall sector has been thriving. So far.

If COVID-19 severely hits farmworkers or harmful changes to the H2A program are enacted, the implications for organic could be very significant, resulting in higher costs and less supply. It will also price some consumers out of the market.

To ensure this continues, it is essential that our industry recognizes the critical role that labor, particularly foreign workers, plays in our ecosystem.

And this must be communicated to our elected representatives in Washington, D.C. 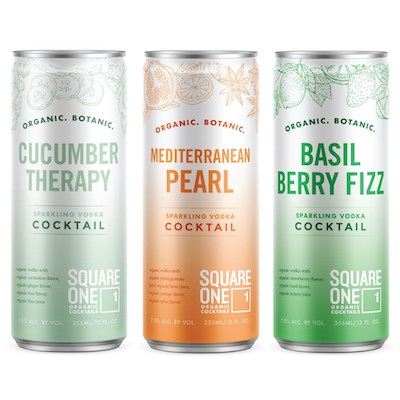 Square One Organic Spirits has released a collection of organic, ready-to-drink cocktails that come in four flavors -- Pear of Roses, Basil Berry Fizz, Mediterranean Pearl and Cucumber Therapy. They will initially be available in California and then will expand across the country throughout the summer. Lightly carbonated and containing an ABV of 7.5%. 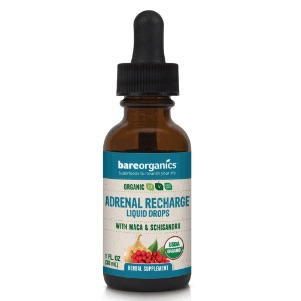 Launching this fall at drugstores nationwide, the liquid drops from BareOrganics will be available in 12 natural formulas, including Adrenal Recharge, Clear Mind, Digestive Care, Elderberry, Ashwagandha and Ginkgo. Can be used alone or in a beverage. Refrigeration not required. 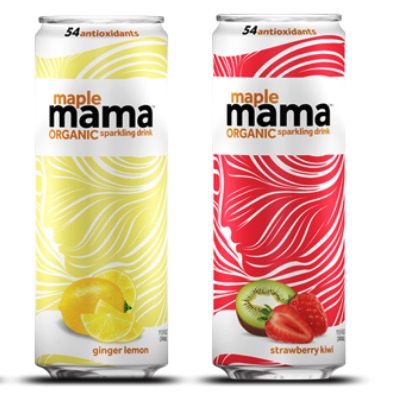 MapleMama has unveiled a new line of organic sparkling fruit drinks infused with maple’s natural nutrients but without the maple taste. It comes in four flavors -- raspberry lime, ginger lemon, blueberry pomegranate and strawberry kiwi – and each is just 70 calories.

People familiar with the negotiations as saying that the deals have yet to be signed and Bayer is likely to announce the settlements in June.

A new report from The Organic Center discusses how choosing organic meat can lower the risk of antibiotic resistance and pesticide exposure, in addition to reducing greenhouse gas emissions.

Organic Dairy Farmers of Australia, the largest organic milk producer in the country, has entered voluntary administration -- something very similar to our Chapter 11 bankruptcy. 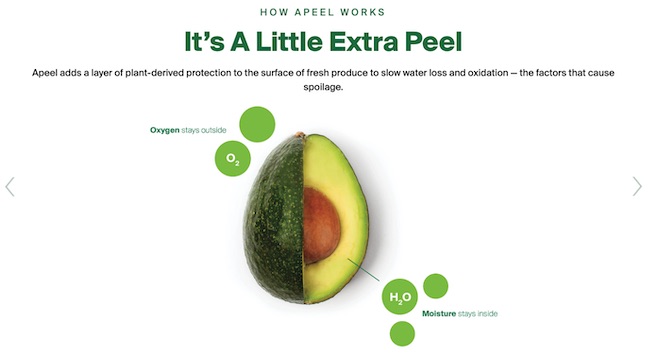 The company, whose formulations extend the shelf-life of numerous organic fruits and vegetables, has just closed a massive $250M round of financing.

CEO Jack Sinclair pinpoints innovation, smaller stores and a more targeted audience as three of the pillars that will help define this retail chain's path forward.

The boom in hemp cultivation after the passage of the 2018 Farm Bill has created a supply bulge that the industry is still working through, observers say. 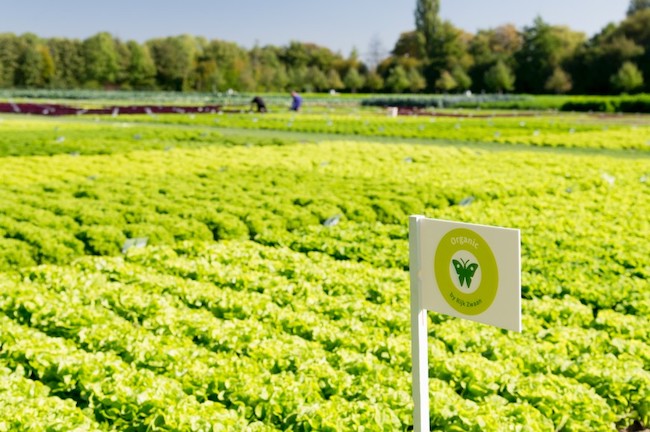 Organic Farmland Grows in the UK

The UK reported that organic farmland grew by 2.4% last year, reversing a decline from 2018.

Innova Market Research reports that from 2017 to 2019, meat products with organic claims experienced a 9.8% CAGR during that period.

* Patagonia founder Yvon Chouinard on why his company is making and selling food.

* On June 18th and 25th, the Organic & Natural Health Association is hosting an online virtual pitch session called “The Nourish Mint” for supplement brands, raw ingredient suppliers, distributors and independent retailers to network and exchange new innovations and opportunities. I will be serving as one of the guest judges.

* One of my favorite places, Highland Springs Ranch & Inn in California, has canceled its annual Lavender Festival for this year. However, the historic property has arranged for guests to walk through its organic lavender fields between June 6th and July 19th.

* There is now a glyphosate-free Roundup.

* Rodale Institute has released a new white paper The Power of the Plate: The Case for Regenerative Organic Agriculture in Improving Human Health.

* Through June 4th, the Organic Consumers Association is offering the opportunity to stream for free the anti-factory farm film Right to Harm.

* How organic t-shirts are being used to help rehabilitate coral reefs.

* Anheuser-Busch has reported some fantastic results with its new regenerative agriculture initiative.

* This summer, NOFA-VT will travel around Vermont with a mobile pizza oven as part of its “Feeding Those Who Feed Us” program.

* In partnership with The Savory Institute, Timberland will launch a collection of boots made with leather from verified regenerative ranches.