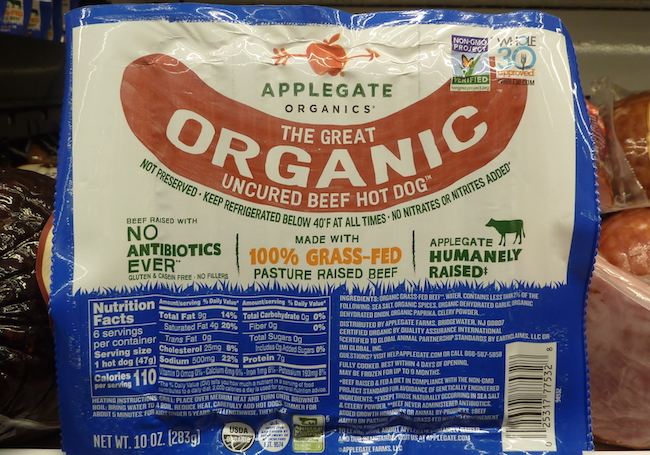 Disagreement Among Stakeholders Raises an Existential Question -- What is Organic?

This is the first of a two-part series that was inspired by the NOSB (National Organic Standards Board) meeting in Pittsburgh a few weeks ago.

Compared to conventional food, most people view organic food as safer and more natural (no GMOs), healthier, and better for farmworkers and the environment. In essence, organic is a superior choice to conventional food and is the closest thing to what nature intends.

Yet, based on what took place in Pittsburgh at the most recent NOSB meeting, some industry stakeholders are questioning whether policy decision-makers are doing everything they can to uphold this moniker of organic as a “superior” food.

At issue was conventional celery powder, a seemingly innocuous ingredient which the NOSB voted to have remain in organic for another five years.

As part of the process, a bacterial culture is mixed into celery juice, which produces nitrites. When the nitrites in celery powder are heated at a high temperature or interact with proteins, these nitrites convert into nitrosamines, which are widely considered to be carcinogenic. Furthermore, the World Health Organization considers processed meat to be a carcinogen due to evidence that its consumption causes colorectal cancer.

Herein lies the basis of the controversy at the NOSB meeting in Pittsburgh and the role of this ingredient in organic. Not surprisingly, there was disagreement.

“The NOSB made the right decision to relist celery powder, a minor ingredient but a fundamental material that food companies need in order to offer an array of organic meat options,” said a spokesperson for CROPP Cooperative, which produces organic meat products under the Organic Prairie label.

“Eating meat is a consumer choice, and eating processed food is a consumer choice. We trust families to make those choices with the right degree of care and thought. But banning celery powder just eliminates a large selection of organic meat products, and the most likely outcome would be consumers substituting the loss with conventional meat. What we’d see is organic farmers losing sales opportunities, a steep decline in the number of animals raised in organic systems, and less land in the U.S. farmed organically. That action seems to endorse a path to fewer farmers, more industrial-scale livestock, and more pesticides and chemicals on the land.”

On the other side of this argument are several consumer advocacy groups, such as the Organic Consumers Association, Beyond Pesticides and OrganicEye, all of whom wanted conventional celery powder banned in organic.

“When the NOSB considers an ingredient, it has to take into account four questions — is it safe for the environment, is it safe for human health, is it essential and is it compatible with the organic philosophy?” said Mark Kastel, founder of OrganicEye, a consumer watchdog organization.

“The board is violating the letter of the law because it must factor in human health impacts. Unfortunately, marketing considerations are driving these decisions, and it is emblematic of what is wrong with the NOSB.”

What this celery powder issue points to, among other things, is that our collective definition of organic food — and the role of organic in society — is not as clear, settled and pure as we would like to believe.

Even though organic processed meats contain the labels “uncured” and “no added nitrates or nitrites,” this is misleading, according to Consumer Reports. The organization believes that the use of celery powder, instead of synthetic curing agents such as sodium nitrite, poses the same health risks as traditionally cured meats because the nitrate and nitrite levels are essentially the same. 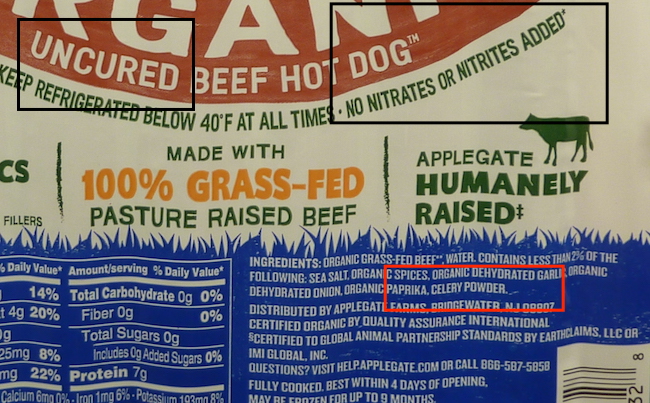 * Los Angeles-based The TeaBook is honoring abolitionist and political activist Harriet Tubman with an organic tea in her name.

* REBBL has released its inaugural impact report and announced its conversion to 100% post-consumer recycled bottles in 2020.

* Congrats to Lundberg Family Farms, who has been named the recipient of the third annual Organic Grower Summit’s Grower of the Year.

* Erewhon calls its Tonic & Juice bars the heart and soul of its five Los Angeles locations.

* There are 2,000 untested chemicals in packaged foods — and it’s legal.

* Not only is San Diego’s Inn at Moonlight Beach the first-ever WELL-certified hotel, but it has its own Biodynamic garden. 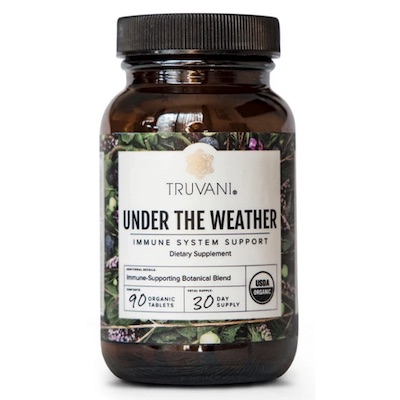 Under the Weather Immune-Supporting Supplement by Truvani

Just in time for the Polar Vortex, Truvani has introduced its certified organic Under the Weather supplement. These plant-based tablets contain 8 organic berries, herbs and roots -- such as elderberry, amla, astragalus and licorice root -- to support immune health and overall wellness. 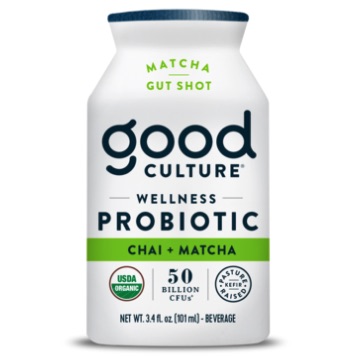 In a departure from its cottage cheese products, Good Culture has rolled out a line of organic wellness probiotic gut shots. Containing 50 billion live & active cultures and 12 live and active strains, these shots come in three flavors --  pineapple & turmeric, chai & matcha, and chocolate & chaga -- and are available at Whole Foods Market nationwide. 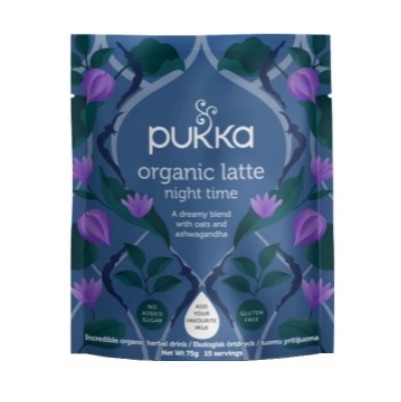 Pukka has come out with three new organic herbal lattes -- Turmeric Glow, Cacao Maca Majesty and Night Time. They are made with practitioner-grade spices and adaptogenic herbs, with no added sugar.
This Week's News Items 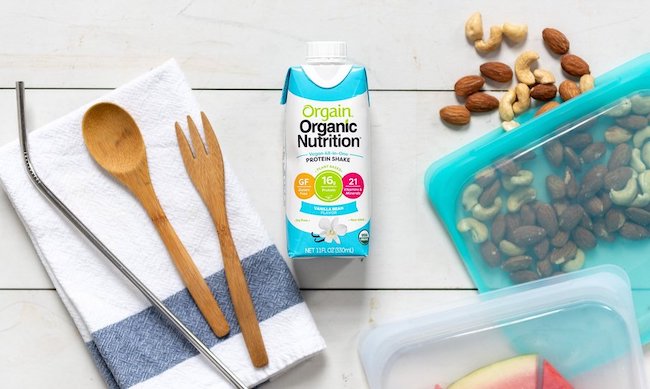 Organic shake and meal replacement brand Orgain has sold a controlling stake of its company Los Angeles-based Butterfly for an undisclosed amount.

Amazon Opening a New Grocery Store, and It's Not Whole Foods

Amazon confirmed that its new grocery chain would not be part of Whole Foods, and many are speculating that it will be a much more mainstream concept.

In a disastrous and very dangerous policy move, the Trump administration has yet again prioritized the interests of chemical companies ahead of individual citizens.

Vinamilk customers can now use a mobile app powered by TE-FOOD's blockchain technology to find out where the milk came from, nutrition facts, certifications and more. 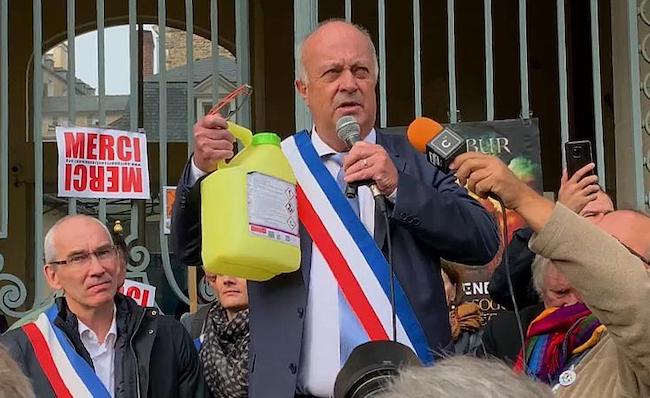 The battle between conventional farmers and concerned citizens is reaching a boiling point in France.

Nature's Rancher organic ground beef has been recalled by the USDA due to possible plastic contamination.

European Scientists: Gene Editing and RNAi Pose Risks, No History of Safe Use

The European Network of Scientists for Social and Environmental Responsibility (ENSSER) has issued a stark warning against the deregulation of gene editing and RNA interference.

99% of Farming Subsidies are Worsening the Climate

According to a new report, nearly all of the global farm subsidies are fueling the climate crisis and destroying wildlife. 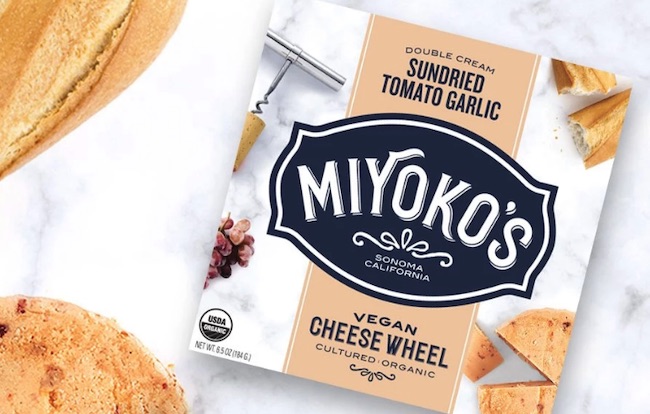 This case is just the the latest in recent years against several kombucha companies alleging that their labeling does not match what is actually in the bottle.

The Battle Against Plant-Based "Beef" Ramps Up

A new bipartisan bill requiring beef that’s not derived from cows to be labeled as “imitation” was proposed in Congress on Monday.

* Los Angeles-based The TeaBook is honoring abolitionist and political activist Harriet Tubman with an organic tea in her name.

* REBBL has released its inaugural impact report and announced its conversion to 100% post-consumer recycled bottles in 2020.

* Congrats to Lundberg Family Farms, who has been named the recipient of the third annual Organic Grower Summit’s Grower of the Year.

* Erewhon calls its Tonic & Juice bars the heart and soul of its five Los Angeles locations.

* There are 2,000 untested chemicals in packaged foods — and it’s legal.

* Not only is San Diego’s Inn at Moonlight Beach the first-ever WELL-certified hotel, but it has its own Biodynamic garden.