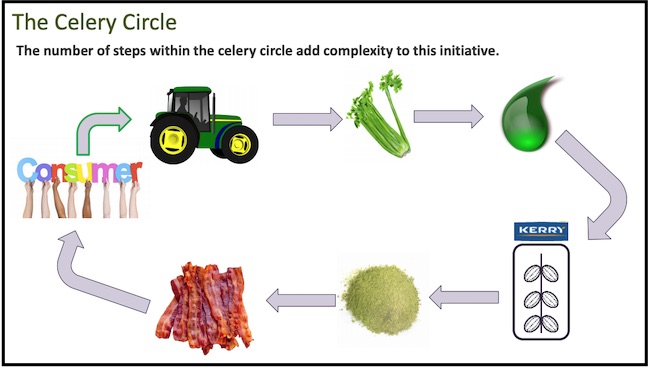 When it Comes to Ingredients, Organic was Designed to be Exclusive -- Not Inclusive

(Image sourced from the USDA. It shows the path of getting celery into a powder form, which then is used to cure meats.)

This is the second of a two-part series that was inspired by the NOSB (National Organic Standards Board) meeting in Pittsburgh a few weeks ago.

In order to meet consumer demand for certain products, the USDA’s National Organic Program has a policy in place that makes exceptions for certain substances that are not traditionally organic.

A perfect example of this is conventional celery powder, an ingredient that is used to cure processed meats and something we wrote about in detail last week.

When organic stakeholders want to use a natural or synthetic substance, they can petition the National Organic Standards Board for it to be included on the so-called National List.

The idea was that a petitioned ingredient, if approved, would be allowed for a five-year period, which would provide time for the industry to develop an organic alternative. At the end of that five-year period, the ingredient would then “Sunset” off that list. Renewal for another five years would always be an option but a challenging one to obtain.

Contrary to the original intent of the National List, last month’s 11-1 vote (1 abstain, 2 absent) to re-list non-organic celery powder was a stark reminder that removing ingredients from the National List has not only become difficult, some would argue that it has become next to impossible.

How did we get to this point?

There are two primary explanations.

First, there has been a procedural change to the way in which the NOSB votes on ingredients that are set to Sunset, making it harder for something to be de-listed.

Prior to 2013, an ingredient went off the list after the five-year period. If a company wanted it to be re-listed for another five years, it had to move to put it back on the list and would need a 2/3rds vote of the NOSB. So, all that was required to block this re-listing was 6 members.

Then, without going through the required regulatory process, the USDA unilaterally changed the Sunset Rule so that an ingredient does not automatically come off the list.

Instead, there has to be a vote that takes it off the list at the end of the five-year period, and 2/3rds of the NOSB is required for it to be removed. Unlike before, it now needs 10 members to block this re-listing.

This procedural change by the USDA prompted a lawsuit from the Center for Food Safety, The Cornucopia Institute, Organic Consumers Association, Beyond Pesticides, OSGATA and others. Making matters worse is that in the 2018 Farm Bill, this change was codified, seemingly as a way to provide a cover for the USDA if it ever makes it to court.

Second, the NOSB has been acting in a way that many ingredients on the National List, particularly those with significant economic consequence, simply receive continuous five-year extensions.

As such, the industry feels no imperative to come up with a solution that meets true organic standards and instead lobbies for it to be approved every five years. There is no urgency because most industry stakeholders are not that fearful of hard deadlines being enforced.

The argument that often gets put before the NOSB is that a large market for these organic goods has already been created — goods which have been produced through the use of an ingredient on the National List — and that removing this ingredient off the National List would have dire economic consequences and would cause consumers to look for non-organic alternatives, thereby increasing pesticide use or spurring demand for factory-farmed animals.

If conventional celery powder were to be removed, it is quite likely that these things would happen. These points are valid and legitimate.

Yet, the case of celery powder has dragged on for many, many years.

It was first approved for the National List in 2007. Last month, in 2019, the USDA granted $2M in funding for the University of Wisconsin to come up with an organic alternative.

However, there is no guarantee if and when the researchers will be able to develop a solution that meets market requirements.

By no means is celery powder the only example of this, and organic processed meat companies are not the enemy. This is merely a representation of how the system is functioning today.

When we allow non-organic ingredients into organic, and if they become important enough, we have experienced just how difficult it is to tell companies that they can no longer use them.

But as an industry, we must take it upon ourselves to develop solutions that strengthen the organic seal and make the National List smaller, not longer.

And while these are very hard choices that NOSB members are forced to make, there are ramifications for allowing ingredients to be renewed continuously.

“Organic is a brand that we have all invested in and worked hard to build trust among all stakeholders, including consumers. That we would allow individual decisions on individual ingredients to undermine that trust is suicide,” said Jay Feldman, Executive Director of Beyond Pesticides and a former NOSB member.

Organic with an asterisk is not the goal for any of us.

Although it is not an approved ingredient on the National List, a similar situation to celery powder exists with hydroponics.

Despite the fact that it is a clear violation of Section 6513 of the Organic Foods Production Act of 1990, hydroponics is a growing method that has been permitted in organic by the USDA, and removing it now would result in an estimated one billion dollars of market disruption.

Not surprisingly, the NOSB has faced EXTREME and prolonged pressure from hydroponic lobbyists and companies to keep it in organic.

At the 2017 NOSB meeting in Jacksonville, the board voted against recommending to remove hydroponics from organic, a decision which has (a) left soil-based organic farmers with an unfair competitive disadvantage (b) weakened the integrity of the organic seal and (c) helped spur the creation of the two add-on organic labels — Regenerative Organic Certification and The Real Organic Project.

* The Global Glyphosate Study at the Ramazzini Institute in Italy is the first independent and comprehensive safety study ever to be done on the world’s most-used weedkiller, glyphosate.

* In New York City, the beloved organic, vegan restaurant Candle 79 will be closing its doors on December 31st.

* Organic chocolate company Madécasse has gone through a rebrand and is now called Beyond Good.

* Natural wines — and their organic farming methods — are exploding in popularity in New York City.

* With its legal battle in the rearview mirror, Montgomery County, Maryland, is now educating residents about its law banning the use of pesticides on lawns. 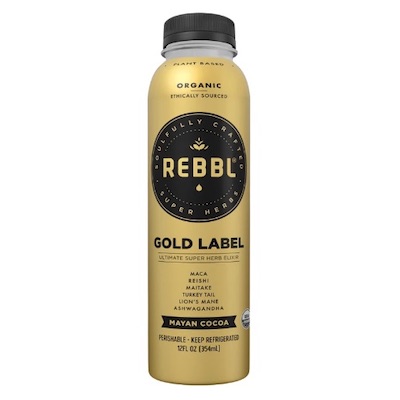 Mayan Cocoa Gold Label Elixir by REBBL contains four different mushrooms, 6g of coconut MCTs, Mayan cocoa and a hint of cayenne. 2.5% of all sales from this organic beverage is donated to Not for Sale, which fights human trafficking and slavery around the world. Only available at Whole Foods Market. 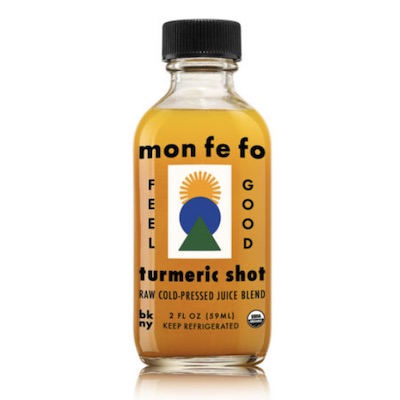 Turmeric and Ginger Shots by Monfefo

NYC-based Monfefo, which makes organic ginger and turmeric shots, has just converted its product line from plastic to glass bottles. All of the organic root produce is sourced from sustainable farms in Peru, and the shots are completely raw, no pasteurization. They are currently for sale at select retailers in the Northeast, Mid-Atlantic and Texas. 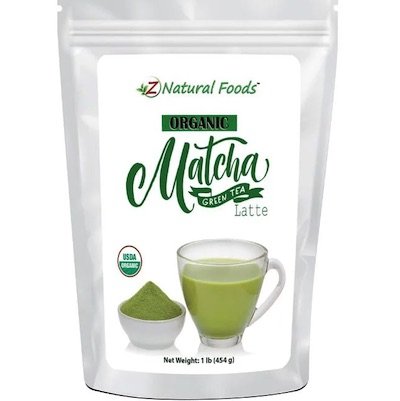 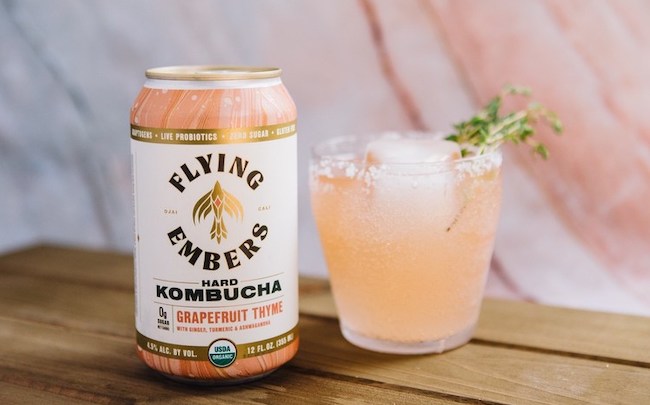 Fermented Sciences, the maker of the leading organic hard kombucha brand Flying Embers, has closed a $25M Series B round co-led by the Ecosystem Integrity Fund and PowerPlant Ventures.

Thailand Wants to Ban These Three Pesticides -- The U.S. Government Says 'No'

Thailand wants to remove from the market chlorpyrifos, glyphosate, and paraquat -- all shown to be hazards to human health -- but the Trump administration is putting up a fight to reverse this decision.

By Renae Merle and David Weigel

As part of their public housing component of the Green New Deal, the bill would upgrade housing units into carbon-neutral communities with organic grocery stores and community gardens. 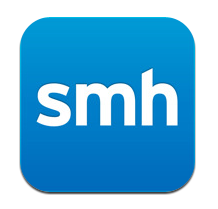 By Darren Gray and David Crowe 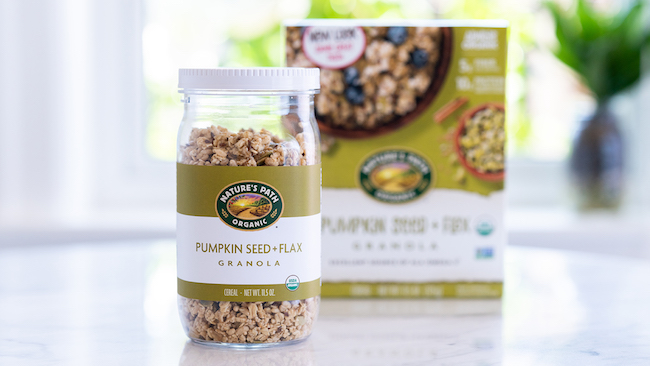 In a move that could drastically reduce herbicide use, LZH has developed technology that uses cameras to identify weeds and lasers to kill them without harming crops or soil.

According to the November 2019 Monthly Market Update from Mercaris, the pace of the U.S. organic corn harvest was about two weeks behind the five-year average due to unpredictable weather. 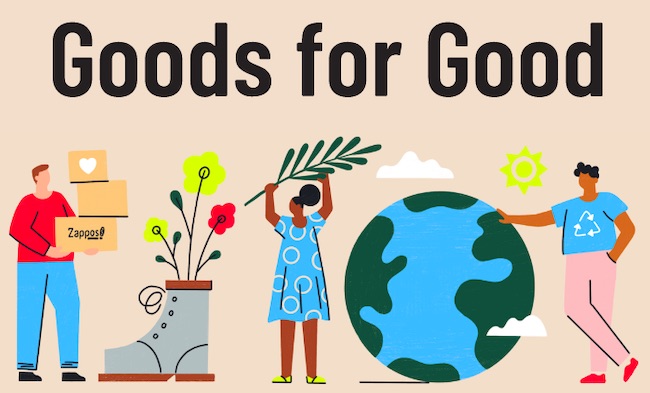 The new purpose-driven customer experience that makes it easier and more convenient than ever to shop over 150 eco-friendly, organic and socially conscious brands.

The celebrity couple has contributed an undisclosed amount to help the organic, plant-based cheese and butter company launch new products in 2020.

A conversation with Mackenzie Feldman of Herbicide-Free Campus, who wants to banish synthetic herbicides from her state's universities.

* The Global Glyphosate Study at the Ramazzini Institute in Italy is the first independent and comprehensive safety study ever to be done on the world’s most-used weedkiller, glyphosate.

* In New York City, the beloved organic, vegan restaurant Candle 79 will be closing its doors on December 31st.

* Organic chocolate company Madécasse has gone through a rebrand and is now called Beyond Good.

* Natural wines — and their organic farming methods — are exploding in popularity in New York City.

* With its legal battle in the rearview mirror, Montgomery County, Maryland, is now educating residents about its law banning the use of pesticides on lawns.