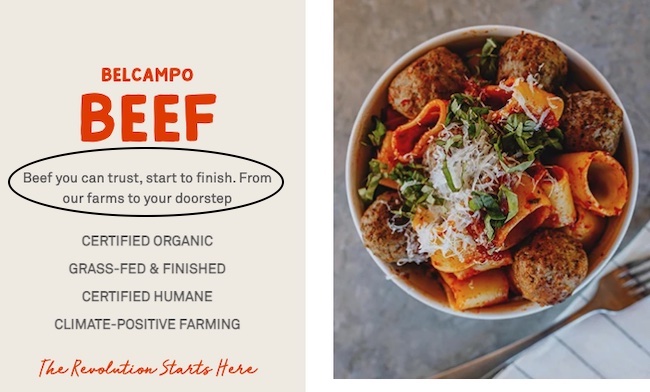 This is the first of a two-part series about fraud in organic. Also, please be sure to follow us on LinkedIn and Instagram, and you can support our work by forwarding this email to your colleagues and having them subscribe.  Thank you!

When we buy an organic product, we are trusting that the many people who have touched this item — the farmer, shipper, co-packer, distributor and retailer — have all acted with integrity.

Very public and high-profile cases of organic fraud are rare, but we experienced this recently with Belcampo, a California-based organic meat producer and retail operator. A former employee revealed on an Instagram video, which has since gone viral, that the company’s Santa Monica location was fraudulently selling organic, grass-fed beef and organic chicken, a practice that he claims spans multiple levels of the company’s corporate structure and had been happening for months.

Belcampo co-founder Anya Fernald acknowledged in a written statement to the San Francisco Chronicle that the company had, in fact, mislabeled the products but claimed it was an isolated incident.

In short, what took place at Belcampo was completely and utterly inexcusable, and because this was an admired brand with a national reputation, many consumers throughout the country feel personally impacted by it. The betrayal is tangible.

Yet, for any organic consumer that feels outrage toward Belcampo — and there is no shortage of them on social media who do — their indignation should not stop there.

As we have been reporting for quite a while, fraud in the organic industry is a very serious problem, particularly with imported grains, and exists at a much larger scale than whatever Belcampo sold.

OFARM (Organic Farmers’ Agency for Relationship Marketing), a Minnesota-based organization that represents organic grain and livestock producers in 19 states, estimated that U.S. organic grain farmers lost approximately $400M in income from 2015 to 2017. Furthermore, a Cornucopia analysis found that in 2015, the U.S. imported over 3.5x as much organic corn from Turkey than the country produced.

All of this resulted in artificially low levels of organic grains and caused serious financial damage to domestic organic grain farmers who have been forced to compete on an unlevel playing field. And since millions of pounds of fraudulent corn and soy were for organic livestock, one can easily assume that the majority of animal products were also not legitimately organic.

Even though the USDA had been warned for years about fraudulent imports from OFARM, leading watchdog figure Mark Kastel and international policy analyst Anne Ross, only when the blockbuster Washington Post investigation came out in 2017 did the USDA take action, including revoking the organic certification from approximately 75% of the operators from the Black Sea region.

But even with the USDA taking more concerted steps to fight against fraud, the problem is far from being solved, largely because the philosophical approach hasn’t changed.

“We could eliminate the majority of all cheating if we had experienced auditors, took a risk-based approach and reallocated our resources more effectively, and made everyone aware that there would be severe consequences if they get caught cheating. Right now, there is none of that. So, the fear of getting caught is de minimis,” said Mark Kastel, Director of OrganicEye, an investigative arm of Beyond Pesticides. “Because we have insufficient spot testing, everything is paperwork-based and the vast preponderance of inspections are not unannounced, this whole process amounts to nothing more than ‘organic inspection theater.'”

WE ARE THE GUARDIANS

Without question, what took place at Belcampo has damaged the credibility of the organic seal, and trust among consumers has been weakened. Hopefully, the company will suffer the consequences of knowingly deceiving its customers, as there were numerous employees at Belcampo who were aware of what was going on. For her part, co-founder Anya Fernald has refused to comment about whether she, too, knew about this practice at her company’s store.

Equally as unsettling is when there is a lack of will — on an institutional level — to create a strong deterrent to systemic fraud.

“The USDA has kowtowed to corporate agribusiness for decades, and although it is charged with protecting the public interest when it comes to organic, the lobbyists have the real power. In the 1980s, we thought we were launching something different when we created the Organic Foods Production Act, but the 2021 reality does not reflect this,” said Kastel.

What we have learned is that whether it is Belcampo or fraudulent organic corn from Turkey, individuals — more than the government — play an absolutely critical role in safeguarding organic. 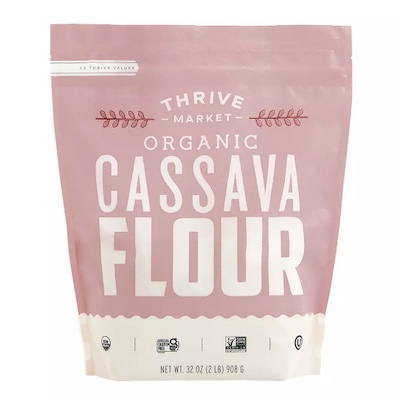 The organic cassava flour from Thrive Market is a paleo, gluten-free and grain-free alternative to wheat flour that has a soft, powdery texture and neutral taste. It is made from drying and grinding the entire root of the cassava plant. 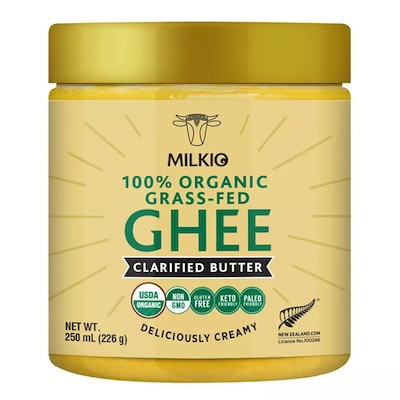 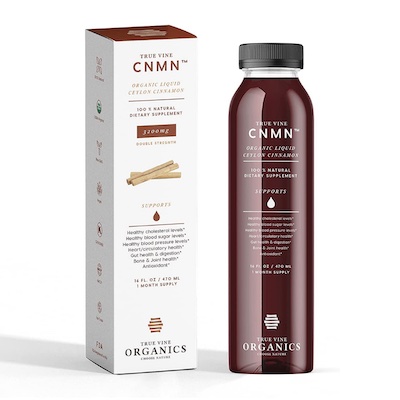 Using a proprietary extraction process and lab-tested for potency, the True Vine CNMN dietary supplement from True Vine Organics is made with first-grade Ceylon cinnamon and contains double the amount of cinnamaldehyde compared to any other grade. 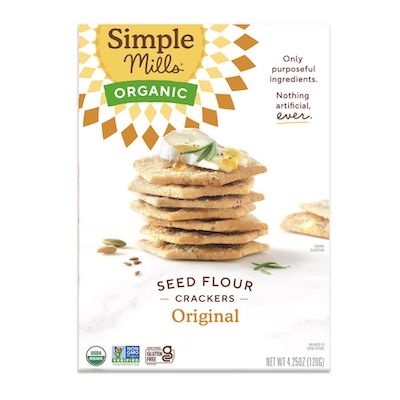 Simple Mills has introduced its first-ever cracker product that is certified organic. The organic seed flour crackers are made from a sunflower, pumpkin and flax seed blend, and they are available in three varieties -- original, garlic and herb, and everything. Certified gluten-free, Non-GMO Project verified, paleo-friendly and vegan. 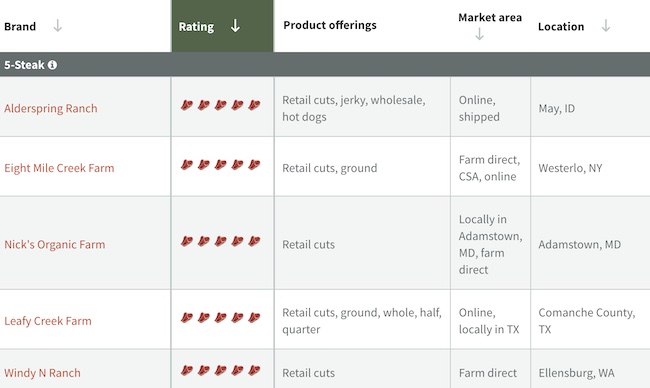 In addition to a comprehensive report on the overall sector, The Cornucopia Institute has just published its ranking of 175 organic beef producers.

Hungryroot, an online grocer that uses artificial intelligence to build shopping carts for customers, has raised $40 million in a round led by L Catterton.

SPINS: Consumers Returned to Real Dairy in Droves During the Pandemic

Shoppers sought out dairy during pandemic because of its nutritional profile and the industry's advances around sustainability, ethical sourcing and transparency. 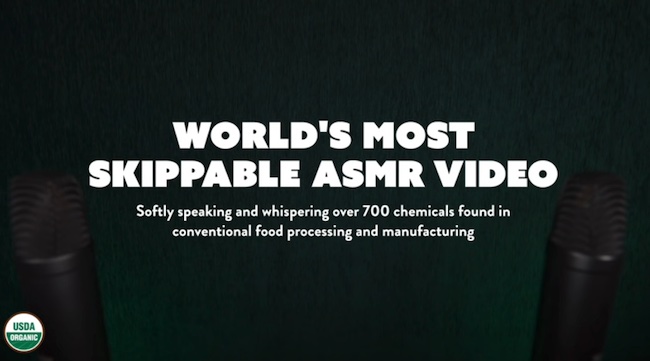 The World’s Most Skippable ASMR Video

Organic Voices has expanded on the idea of “skippable” content by introducing an ASMR version of “The World’s Most Skippable Ad” video.

Buyers are Gearing Up for Natural Products Expo East

The 9-year-old wine club announced the purchase of Natural Merchants, a top importer of organic and vegan wines from Europe and South America. 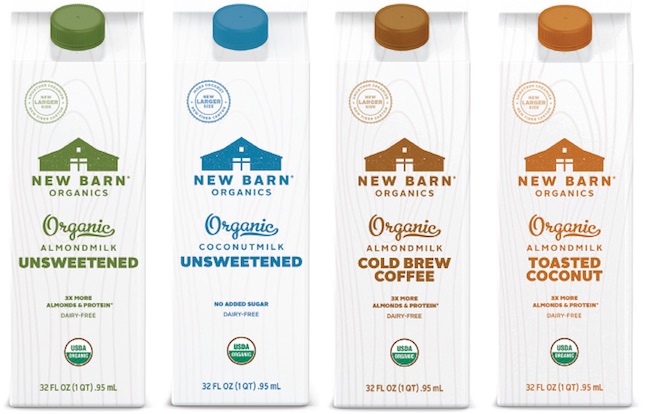 New Barn Organics has sold its assets to egg producer NestFresh in a move that will allow the two companies to offer retailers -- and consumers -- a larger suite of fresh items.

According to Whipstitch Capital, private capital is piling into CPG innovation, partially because of the strong performance of ESG-tilted stocks in the S&P 500. 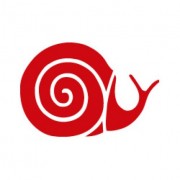 By Madeleine Coste and Alice Poiron

A very worrisome development that the EU may exempt gene-edited foods from rigorous safety assessments.

* Congrats to Miyoko Schinner, founder/CEO of Miyoko’s Creamery, on her new book The Vegan Meat Cookbook: Meatless Favorites. Made with Plants.

* A group of health, environmental, and consumer organizations sent a formal petition to the FDA to ban all PFAS (per- and polyfluorinated alkyl substances) that accumulate in the body.

* 7-ELEVEN has recently launched a variety of boxes with different mixes of organic produce.