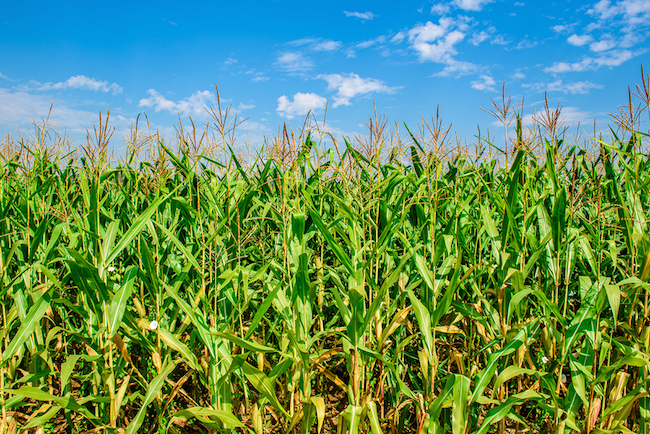 Utter Incompetence at the USDA Has Betrayed American Farmers and Consumers

Fraudulent organic grains from abroad, such as corn and soy, have become a very serious issue that can no longer be tolerated.

Dating back to at least 2007 and under multiple administrations, the USDA has been aware of continual problems with imported organic products, and its inability to remedy the situation and protect organic integrity is utterly incomprehensible.

After digesting the very thorough report from The Cornucopia Institute called The Turkish Infiltration of the U.S. Organic Grain Market: How Failed Enforcement and Ineffective Regulations Made the U.S. Ripe for Fraud and Organized Crime, it was clear that the USDA’s incompetence has failed us to an unimaginable degree.

Not only did the USDA’s negligence allow colossal damage to be inflicted upon American farmers and consumers while benefiting criminals abroad, it may have caused irreparable harm to the organic seal.

KEY FINDINGS FROM THE WHITE PAPER

Turkey was Selling 3.5x More Organic Grain than it Produces

* In 2014, when the European Union discovered fake organic sunflower cake, which was intended to be used in livestock feed, it placed strict controls on all organic shipments from Ukraine and all neighboring countries, and the EU began to require complete traceability of “all operators in the trade flow”. Needless to say, the U.S. did not take similar precautionary measures.

Because of this incident, the EU and Canada stripped ETKO, a Turkish organic certifier, from its ability to issue organic certificates due to its failure to comply with applicable organic standards. Instead of doing the same, the USDA reached a settlement agreement with ETKO in 2016 and then cleared the company of pending violations in 2017. ETKO remains a fully accredited organic certifier in the U.S. today.

– With Europe starting to crack down, imports to the U.S. began to soar, particularly from Turkey.

– A Cornucopia analysis found that in 2015, the U.S. imported over 3.5x as much organic corn from Turkey than the country produced.

– A January 2016 publication by the USDA’s Foreign Agricultural Service raised serious concerns about organic product originating in Turkey, stating, “the integrity of organic farming, production, shipping, and marketing is not always guaranteed.” The USDA’s National Organic Program (NOP) did nothing to impede the growth of imports from Turkey.

– According to a 2017 EUROPOL report, some Turkish companies have been involved in relabeling or repackaging product as organic, even though the product does not meet organic standards.

– One major issue is that reporting standards from Turkey, Russia and other nearby countries are not uniform and consistent, and they cannot be validated.

Far Too Many Loopholes

* There are several key loopholes that are contributing to fraudulent organic imports, all of which the USDA has still not addressed.

– Right now, it is impossible to trace an imported organic grain all the way through the supply chain back to the farm where it was grown. Organic certificates do not show the original country from where a grain was harvested — it only shows country of re-export — and under U.S. organic regulations, some commodity brokers and importers do not need to be certified.

– In Turkey and the UAE, there are free trade zones, where illicit activities can be carried out under a lack of trade controls. Since the beginning of 2018, approximately 80% of bulk shipments of organic corn and cracked corn imported into the U.S. were shipped through Turkey or the UAE.

– There is no corporate transparency or disclosure as to which companies own or control which affiliates. So, when one entity becomes decertified or surrenders its organic certification, that entity can simply switch names and become certified again. It can be manipulated like a shell game.

Near Monopoly on Imported “Organic” Grains

* As a result of international turf wars, Tiryaki, a leading Turkish trader and supply chain manager of agro commodities with production and warehousing activities in 14 regions, including Russia, dominates the organic grain shipment business to the U.S. — something that should make us very, very uncomfortable. The company generates more than $1 billion in revenues.

For the first quarter of 2018, 85% of the bulk vessel shipments of organic corn and cracked corn are attributable to Tiryaki and its affiliates.

Within the last few months, at least ten companies, of which Tiryaki has an ownership stake in or farms with, have surrendered their organic certificates.

CITIZENS MUST DEMAND AN INVESTIGATION

Beginning with organic soybeans from China in 2007 and up until the recent problems with Turkey, the USDA has done nothing to earnestly address the weaknesses in the system in order to protect American farmers, consumers and industry. In short, it has miserably failed to do its job.

In regards to the issue of fraudulent grains over the last few years, what this points to is that:

– A large percentage of the animals responsible for organic dairy, egg, and meat production were probably not eating legitimate organic grains.

Therefore, many consumers were not getting “truly organic” dairy, egg and meat products as they had been expecting.

– Instead of building up a large domestic supply chain of organic grains, we are left dangerously dependent on a Turkish company that has a history of abandoning organic certificates and is based in a country suspected of endemic organic fraud.

“This cuts at the heart and soul of organic agriculture. It isn’t just the grain farmers and producers who were materially hurt, we have all lost. We all own the organic brand together, and it has been seriously injured. The legacy of the USDA under Bush and Obama is abominable,” said Mark Kastel, Co-founder of The Cornucopia Institute.

“The import numbers just don’t add up, and the question that must be asked is why wasn’t the USDA doing the work that Cornucopia did in this report,” said John Bobbe, Executive Director of OFARM.

Feeling the pressure and realizing the problems that it is now facing, the USDA recently released an organic oversight and enforcement action plan, which is focused on control systems, farm to market traceability, and enforcement.

While it does address some of the loopholes, it doesn’t address all of them.

“Without meaningful steps to implement a plan, a plan is nothing more than failed intentions. In fact, the USDA’s action plan recites changes to the organic standards ‘that would support improved enforcement.’ The time for ‘exploration’ and ‘consideration’ is over. We need the NOSB (National Organic Standards Board) and NOP to collaborate now, on an emergency basis, to put regulatory reform into place. ” said Anne Ross, Farm Policy Analyst at Cornucopia and author of this report.

On Monday, the USDA sent out a notice saying that on July 17th, it will be holding a webinar, which seeks input on upcoming enforcement rulemaking. When asked about the specifics of this webinar, the USDA could not give Organic Insider any further clarification.

In closing, what has taken place at the USDA is so outrageous and unacceptable that it should motivate people to call their elected representatives in Washington, D.C., whether Democratic or Republican, and demand that an investigation be launched. The USDA has repeatedly shown that it does not have the will or ability to protect American farmers and those individuals who want to compete fairly.

And as an American citizen who loves organic more than almost anything, I am deeply saddened and in disbelief over how much our government has let us down. 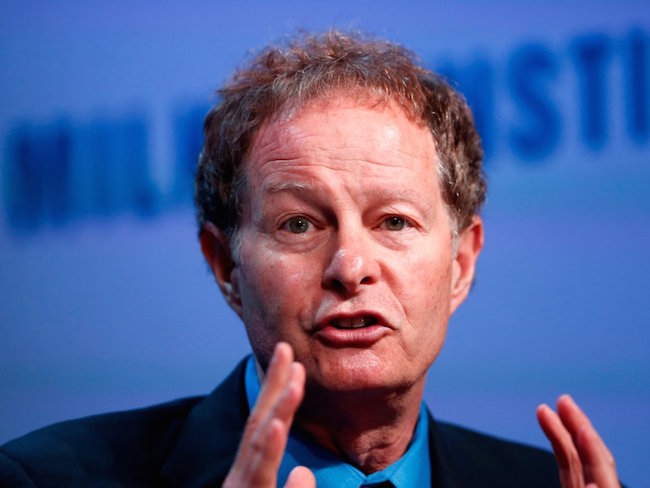 Is The End Near for John Mackey?

Amid rumored clashes with Amazon executives, Whole Foods Co-Founder and CEO John Mackey says that he is "not afraid to get fired", which may indicate that the end of his reign is getting close.

In a rebuke to EPA head Scott Pruitt, Hawaii has become the first state in the nation to ban chlorpyrifos, a neurotoxic pesticide that has been shown to harm children and has been found in food, air and drinking water.

Sprouts is Seeing Home Delivery as a Big Avenue for Growth

Sprouts' CEO Amin Maredia said that his company's Instacart partnership has scaled quickly and that 70% of its sales are coming from shoppers in a seven-minute drive or less from its stores. 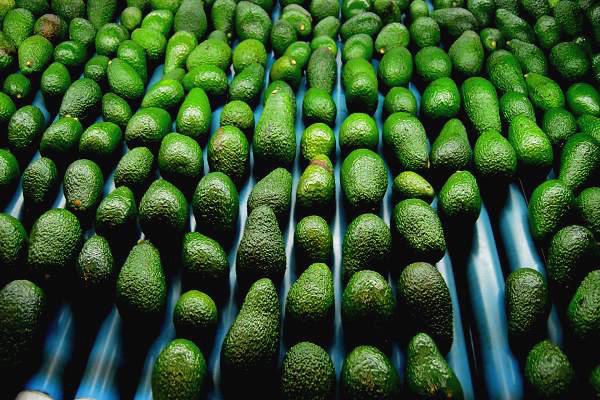 With the goal of reducing food waste and helping farmers, avocados using an organic coating from Apeel Sciences are now being sold at Costco.

Out of its nearly 7,000 private brand products, Amazon's food and beverage items account for less than 2%.

Barely alive, David Johnson is the first of 800 victims to sue Monsanto for causing him cancer.

A strain of unapproved GMO wheat from Monsanto was found in Canada, which prompted Japan and South Korea to halt imports from the country.

* On Saturday night in New York City, I attended the screening of Poisoning Paradise, a documentary about how chemical companies are destroying the environment and making people sick in Hawaii with their super-toxic chemicals.

* This is a very important film which sheds light on exactly what has been taking place in Hawaii and how politicians have been complicit in allowing this to go on for years.

* The big takeaway was that elected officials who prioritize the interests of chemical companies ahead of public and environmental health need to be voted out of office. Period.

* Poisoning Paradise is expected to be released online later this year, and I will keep you posted when this happens. It’s a movie that everyone needs to watch.

* You’ve probably seen Bob’s Red Mill founder Bob Moore at Expo West, but have you ever heard his life story? Guy Raz of the How I Built This podcast interviewed Bob, and it is a real gem. I strongly recommend it.

* MOM’S Organic Market has invested in a solar company.

* Rodale Institute and The Penn State College of Medicine have announced a partnership to connect food production with health care and to promote and improve public health.

* Cafe Gratitude’s Chief Inspiration Officer Ryland Engelhart shares what he is grateful for.

* Avant Garden, a vegan organic restaurant in NYC, has opened a second location in Williamsburg.

* GMO Propaganda of the Week: Syngenta CEO J Erik Fyrwald said that “the world is likely to face food shortages within 20 years if pesticides and genetically-modified crops are shunned.”