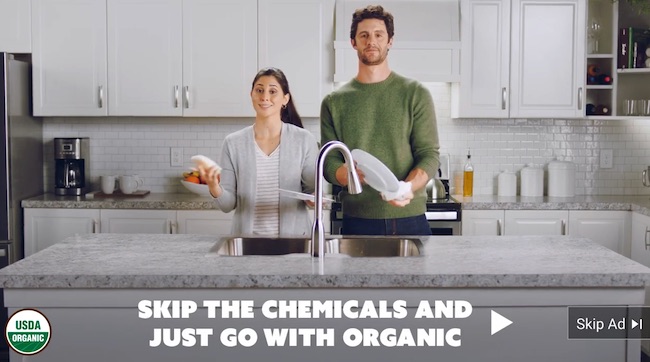 With Broad Industry Support, “Skip the Chemicals and Just Go With Organic” Campaign has Launched

The organic industry is now attempting to have its own tagline embedded into the minds of consumers, with Organic Voices having just launched its “Skip the Chemicals and Just Go With Organic” campaign.

As part of this campaign, “The World’s Most Skippable Ad” is a 30-minute video featuring two parents washing dishes while literally singing the names of the more than 700 chemicals allowed in conventional farming and food manufacturing.

There is also a series of other creative ads and content targeting a broad spectrum of Americans, along with a website which consumers should also skip scrolling through.

While Organic Voices considered many possible ad campaigns, one that focused on chemicals ended up being chosen. This makes sense, especially considering that surveys show that the primary motivation for people to eat organic is because of their desire to avoid toxic pesticides.

“This took hundreds of hours of consumer research, and we were able to pool insights across the many different sectors of our industry. What we came up with is a simple message but one that is completely defensible. No one can challenge the fact that these 700 chemicals are prohibited in organic,” Gary Hirshberg, Co-Founder of Stonyfield Organic and Chairman of Organic Voices, told Organic Insider.

Given that this budget is a small fraction of what the beef or milk industries were able to spend, the success of this campaign may ultimately come down to the participation of organic brands, not only in their continued financial contributions but in how much they share the content online.

If hundreds of brands and influencers commit to sharing this content continually on social media — which does not cost anything, only time — it could amass billions of impressions.

And while it will be hard to determine the exact impact of this advertising campaign, Gary Hirshberg has a few things in mind.

“As a 40-year marketer, I have learned that consumers need to hear a message four to five times before they retain it or act on it. So, for me to measure success, consumers need to be able to repeat the message about skipping the chemicals,” he said.

Aside from anecdotal evidence, Gary Hirshberg also has a specific number that he is targeting.

“The dream is to get our industry to a double-digit percentage (up from the 5.7% it is today). I have always viewed 10% as the starting point, and this is the kind of thing that can catapult it. What people need to understand is that our competitor is confusion, not conventional.”

At a time when organic rules are not being enforced, toxic pesticides are being allowed more than ever before and the USDA is contemplating allowing gene editing in organic, the organic community has no time to waste.

We need more organic consumers, and we need more people pressuring our elected officials in Washington, D.C. to advocate for organic.

It is now up to everyone to help spread the message of this campaign, and as we recently experienced with the impending changes to organic dairy rules, our voices can and do make a difference. 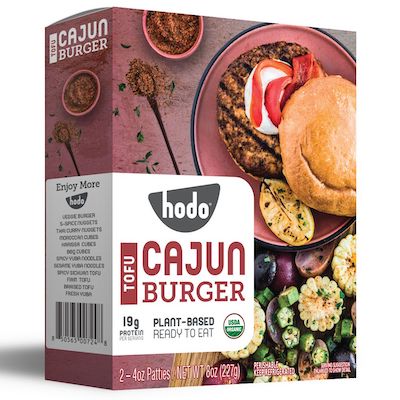 Hodo's new Tofu Cajun Burger is an organic Louisiana-inspired twist on its popular original veggie burger and is made with organic spices such as paprika, thyme and cayenne pepper. It is now being rolled out to 300 Target stores nationwide. 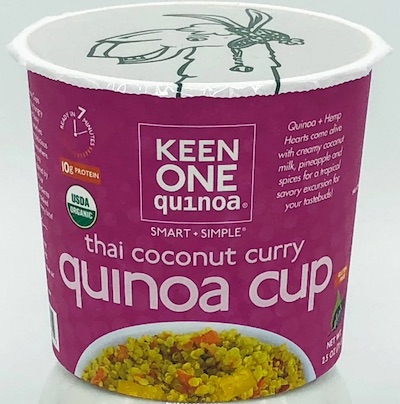 Keen One Quinoa has unveiled a new Thai Coconut Curry Quinoa Cup, which is made with organic quinoa and hemp with savory vegetables, pineapple, coconut milk and exotic spices. The quinoa is sourced from three cooperative farming groups in Bolivia who employ fair trade practices. It is available online. 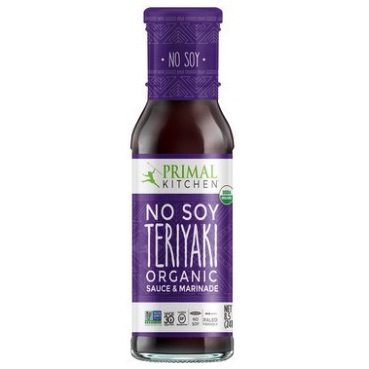 No Soy Teriyaki Sauce and Marinade by Primal Kitchen

A blend of savory and sweet flavors, the No Soy Organic Teriyaki Sauce and Marinade by Primal Kitchen is Whole30 Approved, Certified Gluten-Free and Paleo and Keto Certified. It is available at retailers nationwide and online.
This Week's News Items 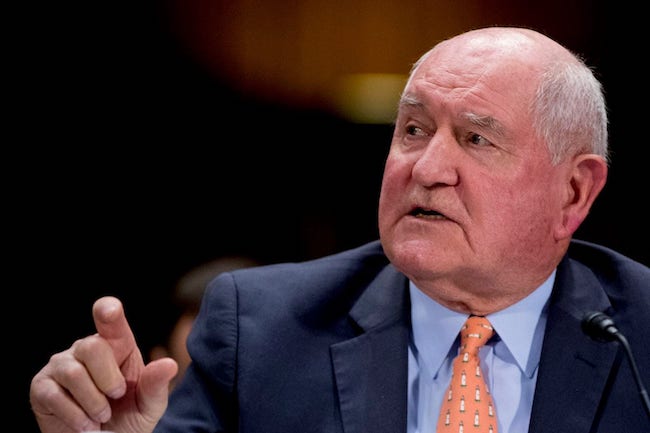 Secretary Sonny Perdue's plan to relocate two Agriculture Department agencies out of the District of Columbia has delayed the publication of dozens of research reports, squelched early-stage studies and halted the release of millions of dollars in funding, USDA employees say.

Future of Genetically-Modified Babies May Lie in Putin's Hands

Russia is contemplating moving forward on producing genetically-modified children, and Vladimir Putin's daughter is thought to be heavily involved in the decision-making process.

With $100, You Too Can Invest in Regenerative Agriculture

A fascinating look at different sustainable agriculture vehicles that are emerging across the country. 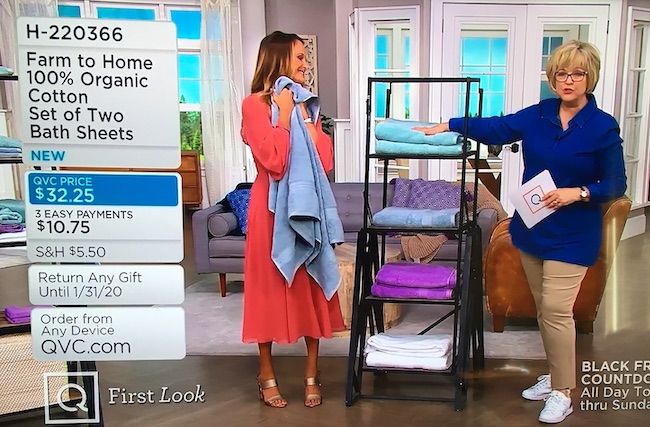 The Center for Food Safety and Center for Biological Diversity sued the Trump administration for approving the use of bee-killing neonicotinoid pesticides and pesticide-intensive genetically engineered crops on national wildlife refuges.

In a Surprising Move, B'More Organic closes its Doors

B'More Organic, known for its smoothies based on the popular Icelandic skyr, has closed its doors due to production issues. 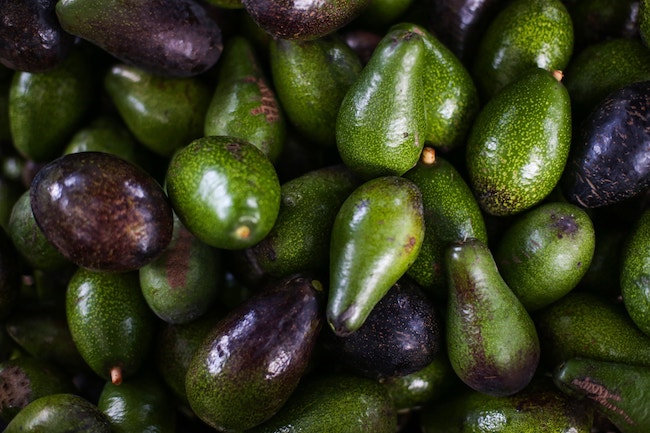 The beloved avocado becoming another gene-edited crop is a very unsettling but real prospect.

In an investigation by the Pesticide Action Network, it was found that Germany exports highly toxic pesticides that are banned in the EU.

* ACTION ITEMS: The last day to submit public comments for this month’s National Organic Standards Board meeting in Pittsburgh is October 3rd. More information can be found on the Beyond Pesticides’ website.

* To sign the Organic Consumers Association’s petition to the National Organic Standards Board about not allowing gene editing in organic, click HERE. Deadline is also October 3rd.

* Congrats to Patagonia for winning the UN Champion of the Earth award, the United Nations’ top environmental honor.

* Another congrats to Numi Tea for its 20th anniversary. The City of Oakland officially proclaimed September 27th in its honor, recognizing the company’s 20 years of impact and contribution to the Oakland community.

* The 2019 Sustainability Report from Annie’s.

* With nearly 12% of all grocery sales as organic and over half of Danes buying organic at least once a week, Nordic Organic Food Fair has crowned Denmark as its first-ever ‘Country of the Year’.

* Gerald A. Herrmann from Organic Services on how food fraud can be prevented using a non-analytical mass balance approach.

* This restaurant won’t have a single trash can.

* A tribe in western New Mexico is getting its first organic food store and deli.

* Apparently, pet owners are willing to pay up to 300% more for vegan organic dog food.