The Consequences of Not Transitioning More Farms to Organic

Last week, in what received very little attention but is of tremendous importance and relevance to our industry, the USDA released the award recipients for its $200M Agricultural Trade Promotion Program (ATP), of which organic-only organizations received $547,000.

What this means is that for every $100 spent on ATP — one of three USDA programs “created to mitigate the effects of unjustified trade retaliation against U.S. farmers and exporters” — groups dedicated to organic receive only about $.25.

This is just another lost opportunity for our industry.

Last November in Organic Insider, we wrote about a different lost opportunity for organic — how a lack of a national advertising/branding campaign is resulting in people not being properly educated about organic and are therefore seeking out ‘natural’ products more than ‘organic’ ones.

In its 2018 U.S. Grocery Shopper Trends report, the Food Marketing Institute and the Hartman Group found that shoppers are seeking the following product claims:

As such, significant dollars are being spent on ‘natural’ products instead of ‘organic’ ones, despite the fact that ‘natural’ stands for practically nothing and has no 3rd party enforcement or standards.

With the most recent ATP funding allocation, the situation is slightly but not altogether different.

In the U.S., with less than 1% of U.S. farmland as organic and with organic comprising approximately 5% of overall food sales, we are forced to import an incredibly high percentage of our organic food from abroad.

Given that our domestic organic supply is already so low on a relative basis, it should not be a complete surprise that we are allocated such little funding from the USDA to promote our organic crops to other countries.

SELECTIVE RECIPIENTS OF ATP FUNDING FOR 2019

Even though organic has a presence in nearly every agricultural category, it is possible that each trade group is allocating a small percentage to organic when marketing their products abroad, and organic is actually benefiting more from the ATP than just the $547K awarded to the Organic Trade Association.

This may be the case with some trade groups, but a recent conversation with the Washington Apple Commission, which receives more than $8M from the USDA, shed light on the reality of the situation and spoke to the heart of the organic industry’s problem.

“Organic apples from Washington are mainly consumed within the U.S. During the current season (September 1, 2018 – August 31, 2019), only about 3% of total apples exported from Washington are organic. The majority of those apples (68%) go to Canada, followed by the UK (8%), Taiwan (5%) and Singapore (4%). Because organic apples do not play a significant role in exports, none of the ATP funding received will be used to promote organic apples,” said Rebecca Lyons, International Marketing Director of the Washington Apple Commission.

Is the relatively small amount of money that organic receives an indictment of the Organic Trade Association? Absolutely not. The organization is trying to secure as much funding as it can from the USDA.

Rather, it speaks to the lack of U.S.-grown organic crops which can be sold to international trade partners.

With a greater domestic supply of organic products, not only would this improve local economies within the U.S. and help boost our export market, it would decrease our reliance on organic crops from abroad, of which a worrying amount is fraudulent.

While there is absolutely nothing wrong with purchasing organic food from foreign markets and supporting organic farmers in other countries, we are experiencing a massive trade imbalance, and a tremendous opportunity to expand the U.S. organic farming sector exists.

It is up to our industry to either create a private funding vehicle to help farmers transition to organic or we need to convince our politicians to allocate money for this purpose, something that would be in alignment with our current administration’s trade agenda.

If we don’t — and as the ATP numbers demonstrate — we will continue missing out on yet another opportunity to grow organic.

* The crackdown on CBD products is in full force, with New York, Maine and Ohio getting aggressive.

* Love this! PCC Community Markets in Seattle is emphasizing the human experience by removing self-check kiosks.

* Rodale Institute will be expanding to the Midwest later this year when it opens the Midwest Organic Center at Etzel Sugar Grove Farm near Cedar Rapids, Iowa.

* An organic burger chain called Burger Village will be opening its 4th location — the first in NYC — in Brooklyn this spring.

* Cool story of how Via Organica is helping local vendors and farmers thrive in Mexico.

* An organic cosmetics line is helping to fight malaria in Africa. 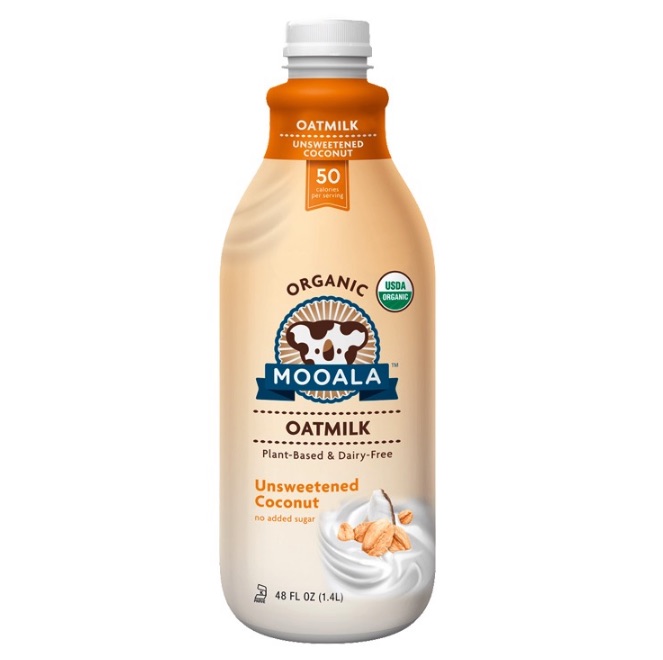 Capitalizing on the massive consumer interest in oatmilk, Mooala has released what it says is the industry’s first refrigerated organic oatmilk to hit the U.S. market. Made with gluten-free oats, it contains no added sugar and is blended with coconut cream. 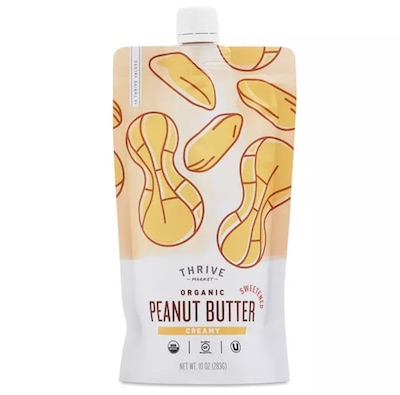 Thrive Market has launched a twist on the traditional peanut butter offering by infusing it with responsibly sourced palm oil, Himalayan pink salt and a touch of coconut sugar. This organic creamy peanut butter is gluten-free and vegan. 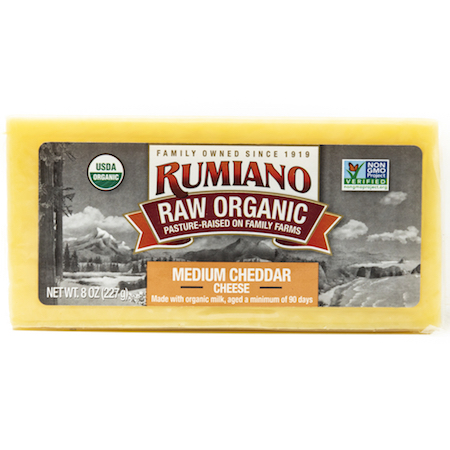 Family owned since 1919, Rumiano has introduced the company’s first raw cheese — an organic raw medium cheddar cheese. Aged for a minimum of 90 days, it is made from locally-sourced raw organic milk from small, generational dairy families in the Redwood Coast of California. 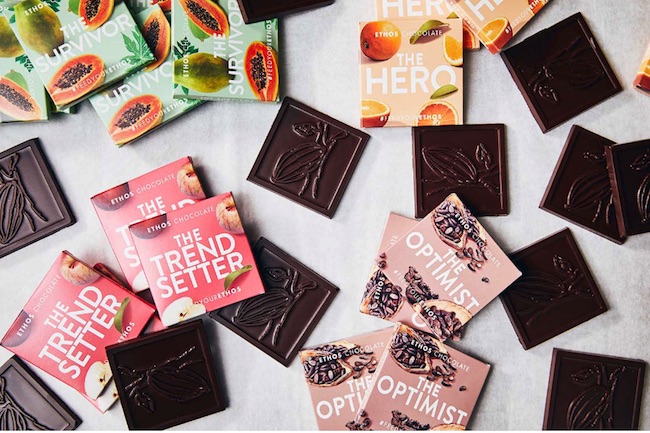 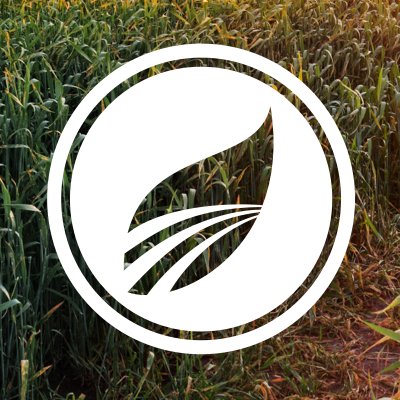 At a meeting last week in Florida, Jenny Tucker, who oversees the National Organic Program for the USDA, said that hydroponics is "a settled issue." Fortunately, the Center for Food Safety's legal action is challenging this assessment.

By by Kate Cox and H. Claire Brown

A horrifying look at what goes behind closed doors when agribusiness is not happy about university research. 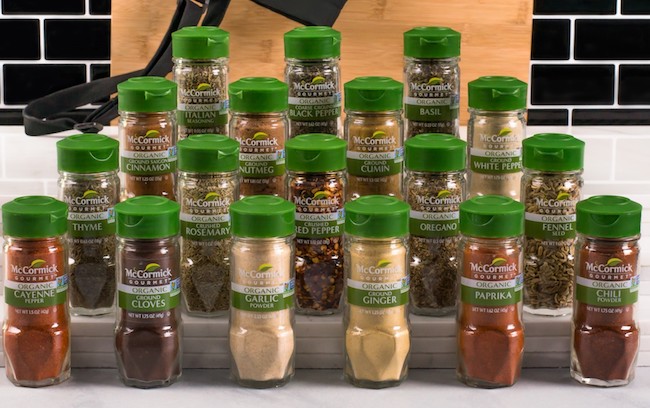 McCormick, which sells organic and conventional spices and flavorings, is partnering with IBM to use artificial intelligence to mine 40 years of data it has amassed on consumers, taste palates and product attributes.

Aimed at creating a healthier future for its country and the region as a whole, Saudi Arabia will soon be subsidizing organic meals at schools.

UNFI has sued Goldman Sachs, alleging that it engaged in improper conduct during the time that the investment bank advised the company on its $2.9 billion acquisition of Supervalu. 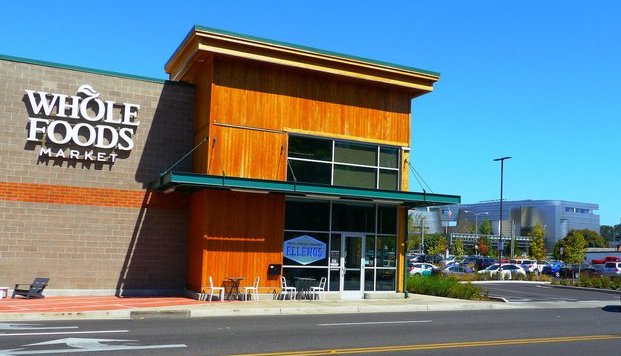 Industry experts weigh in on the company's plans to open more Whole Foods locations and what else might be in store for this year.

Little Spoon Closes on a $7M Round

NY-based Little Spoon, which sells direct-to-consumer organic baby food, has raised $7M in a round led by Vaultier7.

How Chinese Restaurants are Shut Out of the Organic Food Movement

* The crackdown on CBD products is in full force, with New York, Maine and Ohio getting aggressive.

* Love this! PCC Community Markets in Seattle is emphasizing the human experience by removing self-check kiosks.

* Rodale Institute will be expanding to the Midwest later this year when it opens the Midwest Organic Center at Etzel Sugar Grove Farm near Cedar Rapids, Iowa.

* An organic burger chain called Burger Village will be opening its 4th location — the first in NYC — in Brooklyn this spring.

* Cool story of how Via Organica is helping local vendors and farmers thrive in Mexico.

* An organic cosmetics line is helping to fight malaria in Africa.