Getting Clear on "Organic Marijuana"

If you’ve been confused by seeing the terms “organic marijuana”, “organic cannabis” or “organic pot” lately, you are not alone.

After all, Reuters, one of the most respected news agencies in the world, not only came out with this headline above last year, it followed up by saying:

Washington Governor Jay Inslee on Tuesday signed a bill that paves the way for the state to create what is believed to be the first system in the United States to certify marijuana as organic.

How could this be?

How could a state bypass the federal government, which regulates the word “organic”, and create an independent organic certification for marijuana?

Yet, when you look at the State of Washington’s press release that came out one day before the Reuters article, it clearly states the following:

ESSB 5131 provides for The Washington State Department of Agriculture to establish standards for the production of marijuana that would be consistent with the requirements of the U.S. Department of Agriculture, National Organic Program (7CFR 205). It is the first such bill anywhere in the U.S. The bill specifically prohibits anyone from labeling any marijuana product as “organic” because that term has specific legal meaning under federal organic regulations.

Michelle Muth Person, a spokesperson at the USDA, confirmed this when she told Organic Insider that “marijuana may not be certified organic under the USDA organic regulations. Marijuana is a controlled substance at the federal level, and organic certification is reserved for agricultural products.”

Interestingly, the Washington State Department of Agriculture, which is an approved organic certifier as per the USDA’s National Organic Program, will also be overseeing the state’s marijuana certification program.

When asked whether these certified cannabis products will be allowed to use “organic” or “grown organically” on the back panel of the packaging, Hector Castro, communications director for the Washington State Department of Agriculture, reiterated, “The details of the labeling requirements have not yet been developed, but marijuana cannot be represented, sold, or offered as an ‘organic product’. Marijuana is not a federally recognized agricultural crop.”

Reuters’ incorrect headline and assertion that the state is developing a system to “certify marijuana as organic” only adds unnecessary confusion to the marketplace.

Yet, it was precisely this misunderstanding that led Chris Van Hook to start Clean Green Certified in 2004, which has become the country’s largest certification for cannabis using sustainable, natural and organically-based cultivation practices.

As a lawyer, long-time organic certifier and now an auditor for organic certifiers, Chris Van Hook recognized the need for Clean Green Certified because he was acutely aware that using “organic” alongside cannabis was illegal but saw the need in the marketplace for a label that represented cannabis grown using environmentally friendly methods.

Given his long-time involvement and expertise in both the organic and cannabis industries, he, too, has seen plenty of misuse of the word “organic”.

“Marketing cannabis as ‘organic’ was much more widespread before, but you are still seeing it in some dispensary advertising. While most states recognize that this is illegal, they don’t necessarily have the enforcement in place. This is disappointing because they would take action if someone were selling organic tomatoes without certification,” said Chris Van Hook.

With President Trump having said last week that he will likely support a congressional effort to end the federal ban on marijuana, the term “organic cannabis” may soon become widespread. And legal. 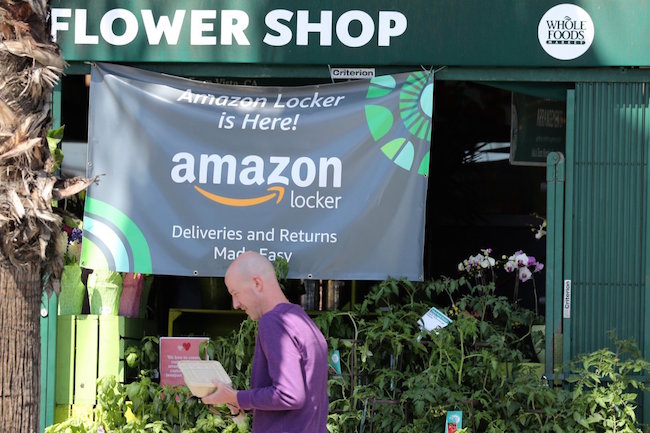 Amazon's purchase of Whole Foods has dramatically altered how other food companies are selling their products to consumers.

By Mark Kastel and Marie Burcham

The Cornucopia Institute just released a formal request to antitrust regulators asking them to scrutinize Tyson Foods' acquisition of organic poultry brand Smart Chicken, claiming it will irreparably harm competition in the sector.

Regenerative Farming Works --- But Do We Have Enough Time?

There is no debate that carbon farming can make a big difference, yet the question remains: how quickly can we get funding to the farmers in order to make this effort scale? 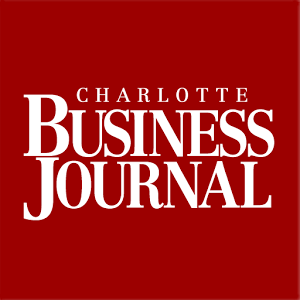 Study: LIDL is Gaining Some Serious Traction in the U.S. Market

After having visited the market once, 48% of shoppers are now regularly shopping at LIDL. 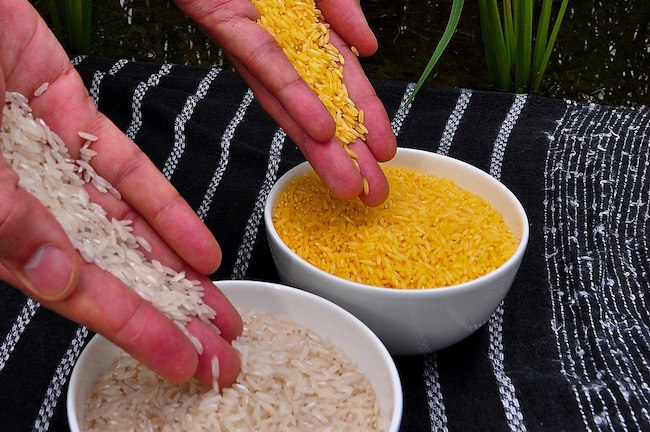 In its approval of GMO 'Golden Rice', the FDA said that this crop does not meet the nutritional requirements to make a health claim. This is a significant blow to advocates of Golden Rice who said that it would provide increased amounts of Vitamin A.

Organic farmers in Minnesota have an interesting and old strategy to manage weeds -- flamethrowers.

A Sobering Look at the Organic Industry in Japan

While organic is booming in the U.S. and throughout much of the world, the same cannot be said about the market in Japan.

An analysis of recent SPINS data shows that some plant-based milks are growing faster than others and that a third wave of this market is emerging. 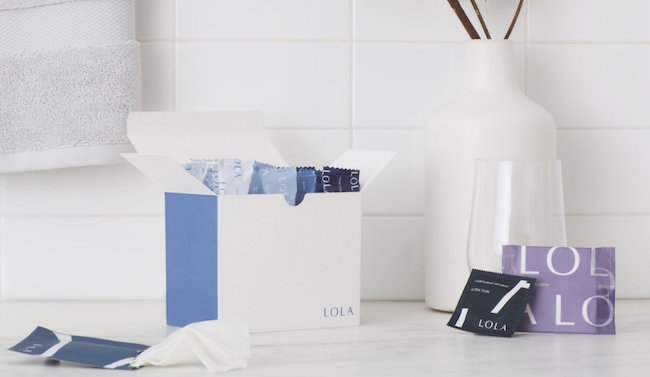 LOLA Closes a $24M Round Led by Alliance Consumer Growth

LOLA, a direct-to-consumer subscription service delivering tampons, pads, condoms, lubricant, and feminine cleansing wipes -- all of which are "100% organic" by nature -- has just announced a $24M Series B led by Alliance Consumer Growth, with support from existing investors Spark Capital, Lerer Hippeau and Brand Foundry Ventures.

In a bid to strengthen its non-alcoholic beverage portfolio, MillerCoors has purchased California-based Clearly Kombucha.

NYC-based Soozy's, a maker of paleo and grain-free muffins, has landed an investment from AccelFoods and BIGR Ventures.

Almanac Insights, a fund started by Blue Hill's David Barber, has led a $2.5M round of financing for organic pasta brand Sfoglini. 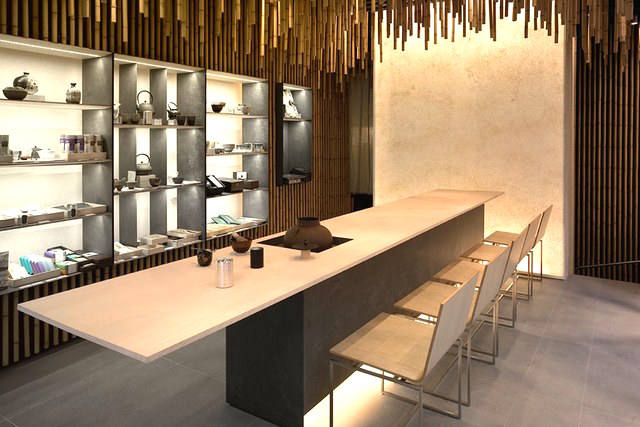 Architectural Digest gives us a look at 17 of the most beautifully designed tea shops in the world.

* Several weeks ago, I gave an analysis on Organic Insider of how the proposed farm bill from the U.S. House of Representatives would impact organic.

* On many levels, it was extremely damaging, particularly the elimination of the cost-share program for organic certification — something that would drive farmers out of the organic program. As it stands now, we have far too few organic farmers and less than 1% of American farmland is organic. Hence, we are forced to import an enormous amount of our organic food.

* The recently released farm bill from the U.S. Senate is much more favorable to organic and includes full funding for the organic certification cost-share program and permanent baseline funding for the Organic Research and Extensive Initiative (OREI) program.

* We will keep you posted on the latest developments with the farm bill.

* If you will be in NYC this Saturday night, please come to the screening of Poisoning Paradise, which was awarded “Best Documentary” at the 2017 Hollywood Reel Independent Film Festival. The film shows how the major GMO/chemical companies are using Hawaii for their testing ground and putting the state’s citizens in danger.

* Afterward, there will be a panel discussion featuring producer/director Keely Brosnan and Andrew Kimbrell, Executive Director of the Center for Food Safety. The trailer and information about the screening can both be found HERE.

* In cryptocurrency news, there is an ICO called Organicco, which “is a blockchain-based project that seeks to develop next-generation green technology solutions that will help minimize the accumulation of organic waste.”

* Apparently, Los Angeles-based Juice Served Here may live on after all.

* New York City is cracking down on activated charcoal and is banning it from all food and drink.