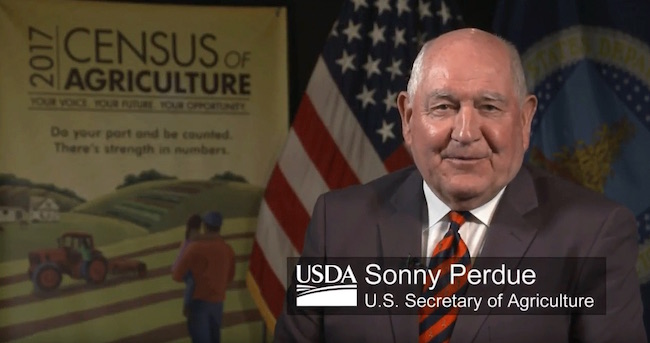 Recent Actions by the USDA and FDA Should Worry Organic Advocates, More Industry Involvement is Needed

Two announcements out of Washington, D.C. over the past week are blatant signs that more aggressive involvement from the industry is needed in order to protect the long-term interests of organic food.

First, Impossible Foods, the owner of the Impossible Burger, just received its “no questions letter” from the FDA.

Why should this concern us?

The Impossible Burger, a plant-based burger that bleeds, uses a genetically-modified protein that has never been in the human diet before. When submitting its first GRAS (Generally Recognized as Safe) application in 2014, Impossible Foods argued that because the modeled 3D structure of this genetically-modified protein — soy leghemoglobin — was similar to hemoglobin and myoglobin, the FDA should consider it safe.

In its most recent GRAS application, Impossible Foods did not give the amino acid sequence of the genetically-modified soy leghemoglobin and other comparative myoglobins in order to address the FDA’s concerns. Instead, the company reiterated the same argument about structural similarity. This time, however, the FDA appeared to accept the company’s argument — for some inexplicable reason.

Also, despite the fact that Impossible Foods offered to do a 90-day feeding study on animals to prove the safety of this genetically-modified soy leghemoglobin, it never completed one. Rather, Impossible Foods did a 14-day and 28-day study, of which the 14-day study showed toxicity. Problems with this 14-day study were not fully resolved.

Given that Impossible Foods failed to address all of the FDA’s initial concerns but still received a “no questions letter” in this most recent GRAS notification, this has raised a serious red flag with Michael Hansen, PhD and Senior Scientist at Consumers Union.

“Impossible Foods’ 14-day animal study showed adverse effects, and the company never submitted a 90-day study, something it said it would do. The whole concept of GRAS is based on the long history of safe use in the food supply. How can something — soy leghemoglobin — that has never been eaten by humans before get GRAS status? Not only should this genetically-modified protein be treated as a new food additive and be required to go through the new food additive application process, but it shows just how broken the GRAS process has become. The FDA told Impossible Foods what was wrong with the initial GRAS notification, but the company didn’t adequately respond and somehow got approval anyhow. This sets a dangerous precedent that a company can put a new ingredient in a food — one that has never been in the human diet before — without submitting the safety data required for a new food additive, and the FDA will allow that to happen. This raises the question of why a company should do the right thing anymore, e.g., submit the required safety assessments before putting a new ingredient into a food.”

Second, in another troubling measure to placate the biotechnology industry, the USDA responded to last week’s court ruling out of Europe in regards to gene-editing of plants and animals. The EU said that gene-editing, or GMO 2.0, is genetic modification and should be regulated as such, with safety testing and labeling.

In a press release, USDA said, “Innovations in precision biotechnology, such as genome editing, hold great promise. For consumers, potential benefits include healthier, higher-quality foods at affordable prices. For farmers, they include improvements in productivity, plant and animal health, and environmental sustainability.”

According to Michael Hansen, PhD, “There has been absolutely no demonstration that gene editing offers any of these benefits. Indeed, these same arguments were made 30 years ago with the first wave of genetically-engineered crops, and the major traits that were developed on large scale were herbicide-tolerant plants and Bt plants. These crops have led to massive increases in the use of the herbicide glyphosate and the appearance and spread of glyphosate-tolerant weeds to more than 50% of U.S. farms. In turn, this has led to additional plants being engineered to tolerate glyphosate and other dangerous herbicides, such as 2,4-D and dicamba.”

“What we have to understand is that gene-editing technology is flawed and is not precise at all,” he said, contrary what the USDA is claiming in its press release. “CRISPR can cause cancer, and every week we are seeing more unintended consequences.

USDA Secretary Sonny Perdue is not only talking biological nonsense but dangerous nonsense. This is technology that can permanently change life forms, and biological pollution does not dilute over time. It reproduces and spreads, and we cannot recall it. This can be very dangerous to human health and the environment.”

As the FDA and USDA give ag-biotech companies a free pass and make statements about unproven benefits of gene-editing technologies, the organic industry remains in harm’s way. Andrew Kimbrell continues,

“This is very dangerous to organic because these gene-edited crops can invade and infest organic fields, which poses a real risk to the integrity of organic. While Nature’s Path and other independent companies have come out strongly against these technologies, the Organic Trade Association (OTA) has been soft on GMOs for a long time. The OTA played a pivotal role in passing the DARK Act and has not been a real player in forcing adequate regulation of biotechnology in agriculture.”

While consumers have been very vocal in opposing GMOs, such as in the pushback against GE-salmon, which garnered approximately 1.5 million comments, Andrew Kimbrell believes that it is critical that organic companies get more involved.

“The industry should be joining with us to reduce or eliminate genetic engineering because of the contamination of organic farms and the existential threat that this technology poses. The anti-organic rhetoric in Congress is unparalleled, and the industry should be with us to defend the integrity of the market. We are not getting the consistent help from companies that we need, and we are certainly not getting it from the OTA.

The organic consumer will not be happy when there is an abundance of GMO contamination in their food.” 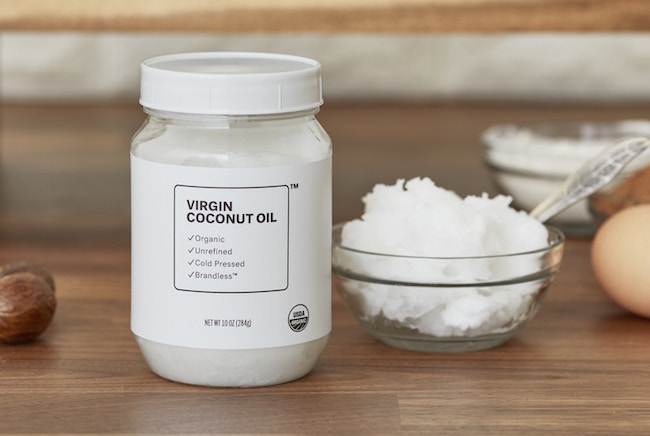 Brandless, the online company that offers organic and Non-GMO consumer products and foods, has raised $240 million in Series C funding.

Apeel Sciences Closes on $70M, Walter Robb Joins the Board

Apeel Sciences, which makes an organic, plant-based skin that extends the shelf-life of fruits and vegetables, has raised $70m from Viking Global Investors, Andreessen Horowitz, Upfront Ventures, S2G Ventures and others. Former Whole Foods Co-CEO Walter Robb has also joined the company's board of directors.

According to a new study by Nielsen, which was commissioned by the Plant-Based Foods Association, sales of plant-based foods grew 20% over the past year, now totaling $3.3 billion.

Financial Performance of Whole Foods? No One Really Knows

Under Amazon's ownership, the financial and operating performance of Whole Foods -- once deemed to be an important barometer for the overall state of the organic food industry -- is no longer disclosed. 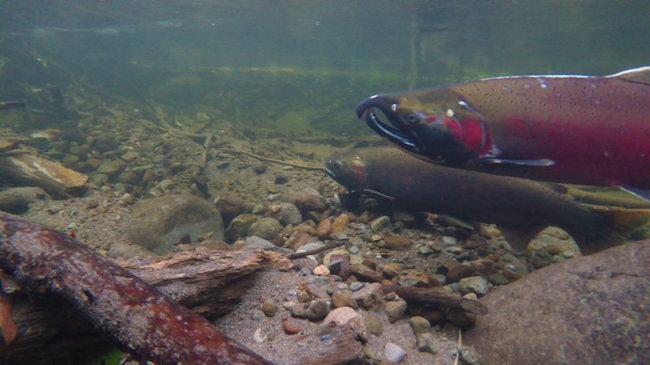 The pesticide industry has wanted to kill 'endangered species' protections, and President Trump is fulfilling their wish.

Organic Egg Farmer is Taking on the FDA

Jesse LaFlamme, owner of Pete and Gerry’s Organic Eggs, is taking on the FDA and its assertion that eggs are not healthy.

Will New Scientific Tools Keep Us Safe from Toxic Pesticides?

A new report from the National Academies of Sciences discusses new technologies that better assess the dangers of chemicals and chemical mixtures. But will it ever get put to use and change policy? 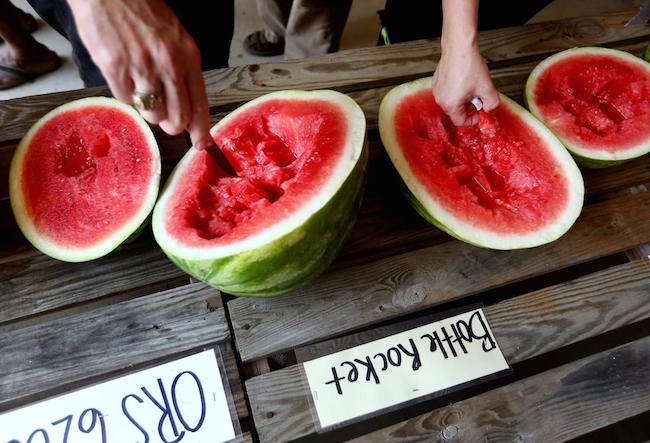 Making the Case for Organic Watermelons

Of the 128,000 U.S. acres devoted to watermelons, the USDA estimates .01 percent is being farmed organically. Clemson professor Brian Ward is trying to change that.

Immigrant Farmers from Laos Who are Growing Organic in Wisconsin

Cool story about immigrants from Laos who are farming organic vegetables completely by hand!

Perdue will be converting its Simply Smart chicken line to organic and plans to sell them at about half the price of comparable organic products.

* The Center for Food Safety just filed a federal lawsuit against the Trump administration for failing to finalize the GMO-labeling regulations by July 29th. CFS went to court in order to get a mandated schedule for completion and judicial oversight of the USDA in regards to this matter.

* Last week, I attended CannaCon, a cannabis convention in Boston. One big takeaway was that most people mistakenly believe that “organic cannabis” does exist, something I discussed at length in a previous Organic Insider newsletter.

* The uncertainty around the legal status of CBD has just deepened, as California issued a statement that restaurants and bars are not allowed to serve CBD-infused foods or drinks until the U.S. Food and Drug Administration declares the ingredient to be safe.

* The Organic and Non-GMO Forum will be held in St. Louis on October 29-30th.

* Trifecta Nutrition, an organic meal delivery service and the official food sponsor of the CrossFit Games, has had a lawsuit filed against them by two former employees. The lawsuit alleges that Trifecta sourced food for the 2017 CrossFit Games from other restaurants — “IHOP, a local BBQ shack, and a Mexican restaurant, among others, as well as sourcing McDonald’s hamburger buns” — and passed it off as their own.

* In Massachusetts, it was discovered that custodians had been dumping mop water with chemical cleaners into and around the school’s organic garden for years. These people should face criminal charges.

* Lastly, I have had a great few days in Minneapolis. I came out here to speak on a panel with Fred Haberman, the founder of organic PR/marketing firm Haberman, at Prairie Organic Spirits’ company meeting. It was very cool to see Prairie’s strong commitment to organic, and I look forward to working with them going forward.