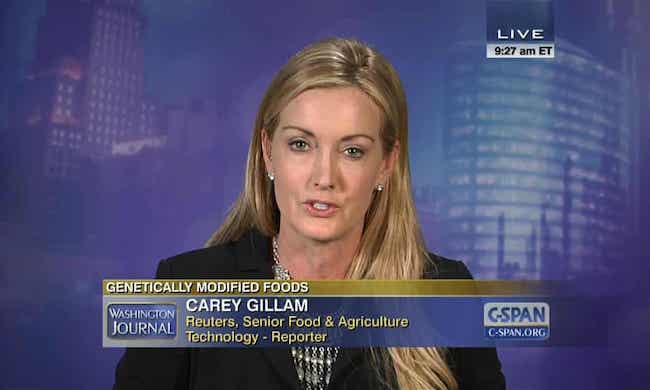 (Photo courtesy of The Guardian)

For anyone who cares about the integrity of organic and the future of our industry, what has transpired with Carey Gillam should be of incredible concern.

Recently released court documents revealed that Gillam, a journalist and author of Whitewash: The Story of a Weed Killer, Cancer, and the Corruption of Science, was the target of a carefully-crafted campaign by Monsanto to discredit her.

According to The Guardian, Monsanto’s actions included the following:

By discrediting Carey Gillam in the court of public opinion, it has the effect of confusing consumers about the actual harm of glyphosate, a chemical that the World Health Organization said is a “probable human carcinogen” and one that it is known to the state of California “to cause cancer.”

“Monsanto spoke many times in its documents about the fact that people won’t trust messaging that comes from the company directly. So, they work to fool the consumer by pushing their propaganda out through individuals and groups that look like they are independent of the company. Deception is their default,” said Carey Gillam.

But this strategy extends far beyond placing seeds of doubt in the minds of consumers.

Based on internal Monsanto documents uncovered by U.S. Right to Know, a domestic policy adviser at the White House said, “‘We have Monsanto’s back on pesticides regulation.”

On August 8th, this promise was kept.

The Trump administration’s EPA told companies not to warn customers about products that contain glyphosate, which would counter a California regulation that requires labels to warn consumers that the Roundup ingredient is potentially cancer-causing.

One could easily assume that those same entities who are attempting to take down critics of glyphosate are also trying to dismantle the organic food industry.

At a recent House Agriculture Subcommittee, Greg Ibach, the USDA’s Under Secretary for Marketing and Regulatory Programs, said his agency was open to having the discussion of allowing gene editing in organic.

For nearly everyone in our industry, the mere idea of having a discussion about allowing gene editing in organic is blasphemous. It is an absolute non-starter and would single-handedly destroy our industry.

That being said, if the USDA truly wants to go down this path, it would need to get the approval of the National Organic Standards Board, a 15-member advisory panel that makes recommendations to the USDA about organic rules, ingredients and processes. All NOSB members are on staggered 5-year terms, and each one is appointed to the board by the Secretary of the USDA.

This administration has already approved two members to the NOSB and if President Trump wins in 2020, his USDA will have named all 15 of the NOSB members by 2023. Whether every single one of these members would be in favor of gene editing in organic is unclear, but what will not be in question is that the entire board will be appointed under a Trump administration.

The NOSB is already a reasonably diverse group and has representatives from different minority groups, with women holding 6 of the 15 board seats. By no means is the NOSB currently comprised of a homogeneous set of members.

So, when Greg Ibach says he wants a more diverse board, this could very well mean he would like participants that are more welcoming to gene editing in organic and other non-traditional organic methods.

Taking down critics of glyphosate and damaging the organic food industry are one and the same, and organic advocates cannot ignore what is unfolding before our eyes. And that it is highly orchestrated.

But we were warned.

In 2017, former USDA Deputy Secretary Kathleen Merrigan said, “forces of darkness” are “coming together and saying, ‘Let’s sharpen our knives on organic.’”

BREAKING: As we were preparing our newsletter this morning, we came across a very important piece of news.

The Western Producer reported that General Mills wants to reduce its synthetic pesticide use and that farmers who are working with the company say that “farmers who are part of the company’s sustainability program are not allowed to use pre-harvest glyphosate.”

This is a very big deal, as getting major food corporations to turn their back on chemical-intensive agriculture is essential.

While some people may be skeptical and are taking a wait-and-see approach, General Mills should be applauded for making this bold and incredibly important move.

Organic Insider will have more on this in the coming weeks. 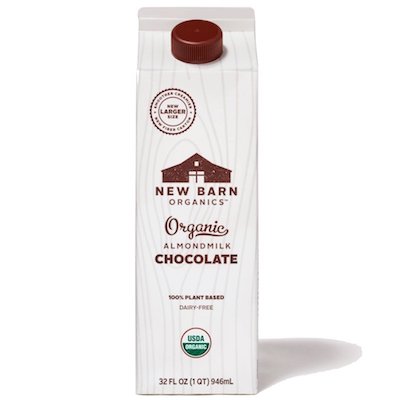 Winner of my Top 5 Organic Products from Expo West 2019, New Barn Organics has just introduced chocolate almondmilk. The Spanish organic almonds are dry-farmed, which means less water is used and the flavor is boosted naturally. Carrageenan-free. 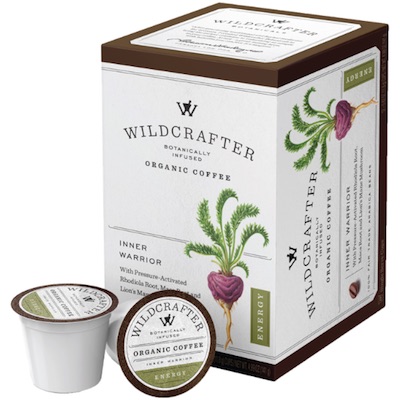 Wildcrafter Botanicals is the creation of Tieraona Low Dog, MD, a physician who has studied botanical medicines for more than 40 years. Her line of botanically-infused organic coffee is available in four different blends, and every single batch of coffee and botanicals is tested for over 300 herbicides and pesticides. 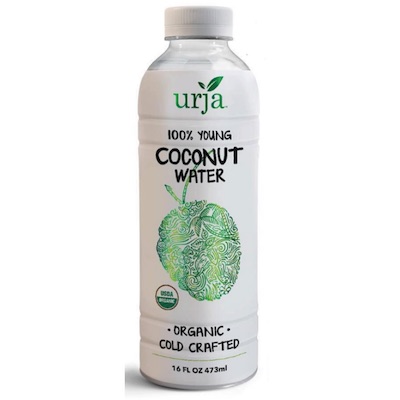 I discovered this product while eating at Life Alive in Boston this past week. Urja is a new organic coconut water brand, which ethically-sources its coconuts from Kerala, India.
This Week's News Items 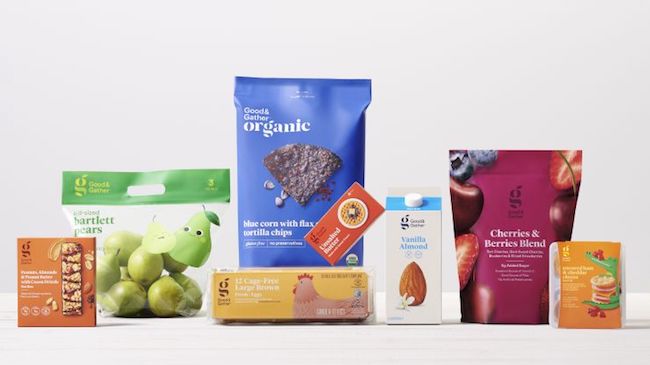 Good & Gather, which will offer many organic items, is expected to become a multi-billion dollar brand by the end of 2020.

Turkey and Ukraine are not the only countries suspected of selling U.S. companies fraudulent organic grains.

Bell & Evans, which sells $200M of organic chicken, will soon offer contracts that pay farmers a premium for grain produced during the three-year transition to organic, and then pay organic prices for seven years after the farm is certified. 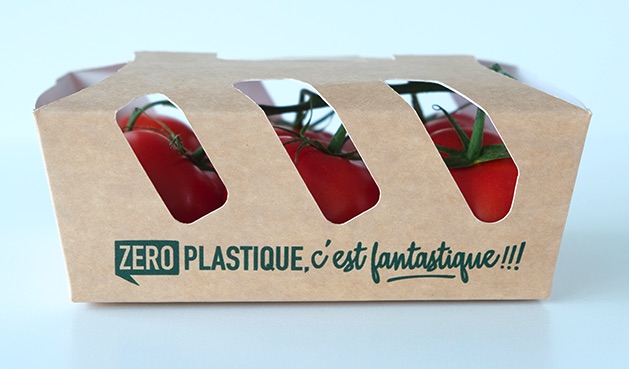 Carrefour is Testing Plastic-Free Containers for its Organic Tomatoes

Carrefour announced that it is testing cardboard for its organic containers, something that could save the company from using 2,000 pounds of plastic per year.

After a judge sentenced Randy Constant, 60, to ten years in prison for committing organic food fraud, he took his own life.

A group of current and former Whole Foods employees called Whole Worker put out a public statement against Amazon’s partnership with Palantir, a company that provides data to ICE. 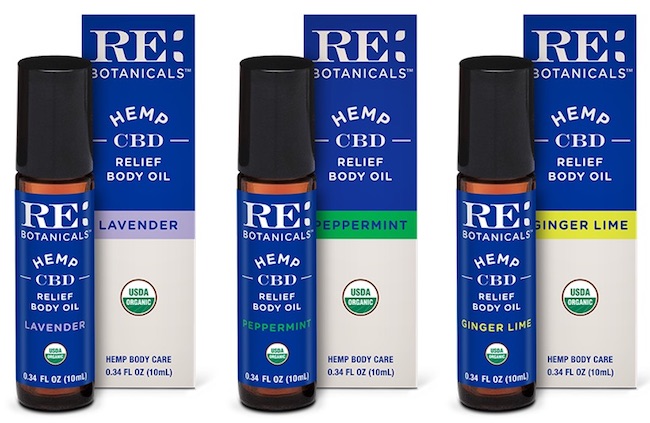 RE Botanicals merges with Palmetto Harmony

The Rise of the Virtual Restaurant

By Mike Isaac and David Yaffe-Bellany

Proving the point yet again that gene editing is far from perfect, the FDA found antibiotic-resistant, non-bovine DNA in gene-edited cattle.

* The Center for Food Safety and the Center for Biological Diversity sued the Trump administration over its July decision to approve the use of the bee-killing pesticide sulfoxaflor across more than 200 million acres of crops.

* The Inc. 5000 list of the fastest-growing privately held companies in the U.S. was just released and Cece’s Veggie Co. clocked in at a super-impressive #3.

* Other organic brands on the list include REBBL, Kuli Kuli, Zoup, Natural Force, and Pyure Brands.