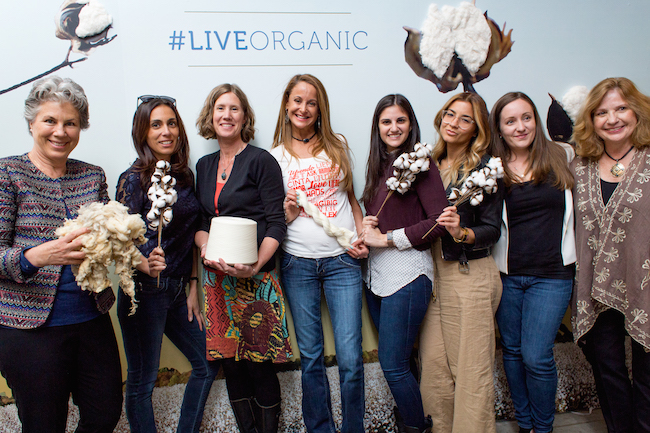 Given that fashion is an environmental disaster, with its highly toxic dyes and the massive problems with genetically-modified cotton, particularly in India, we desperately need organic clothing to take hold. According to the USDA, over 38 million pounds of pesticides were used on conventional cotton in 2014 in the U.S., which makes cotton third, in terms of pesticide use, after corn and soybeans.

Yet, up until this point, two primary things have held it back – style and price. People are reticent to sacrifice style and be forced to wear clothes that do not look good on them. Additionally, high prices keep consumers away.

As each day passes, however, both of these roadblocks are slowly becoming less of an issue. More and more companies are emerging, and selection is improving. Along with that, one could expect that as organic cotton supply continues to increase over the long-term, prices should come down.

What may be a third issue with organic clothing is awareness. Awareness of the importance of organic clothing — for the environment, farm workers and our personal health. After all, skin is our largest organ and who wants to have chemically-sprayed fibers touching our bodies all day?

That is why the Organic Trade Association and its Organic Fiber Council’s Live ORGANIC: From Farm to Home pop-up event in NYC was so important.

At last week’s pop-up, there was a media event on Thursday, and it was open to the general public on Friday and Saturday. A few dozen brands, including Coyuchi, Rambler’s Way, Grund, Dhana, Timberland and Naturepedic, as well as organic cotton farmers from the Texas Organic Cotton Marketing Cooperative flew into NYC to present their products.

There is absolutely no reason that pop-ups such as this one couldn’t be turned into more formal shows, similar to Indie Beauty Expo. These shows need to have a consumer focus, particularly since it will get a great deal of attention on social media, and they need to be separate from an Expo West or Expo East, which is for the trade.

Currently, the OTA and its Organic Fiber Council are in discussions about where it goes from here, but I am quite confident that something will happen.

The pop-up was a fantastic few days, and huge kudos go out to the OTA and its Organic Fiber Council for the immense amount of work in putting on this event. And, yes, plenty of delicious organic food was served.

To see footage from the pop-up, here is the event’s official video and here is my Facebook Live with Marci Zaroff, founder of MetaWear and organic clothing/textile pioneer. 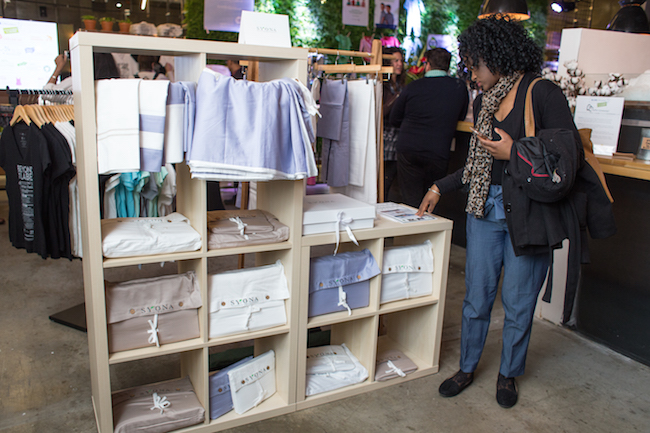 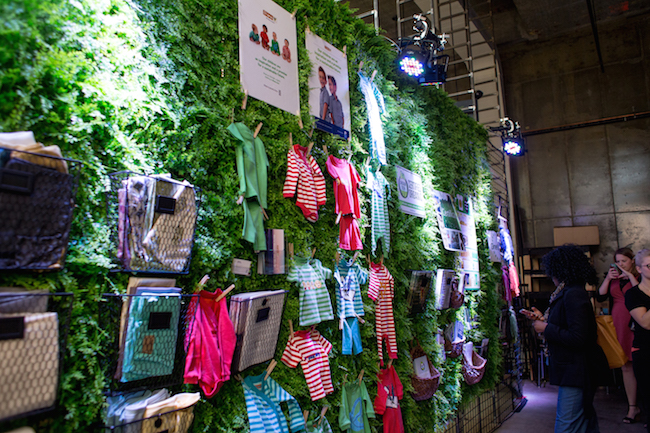 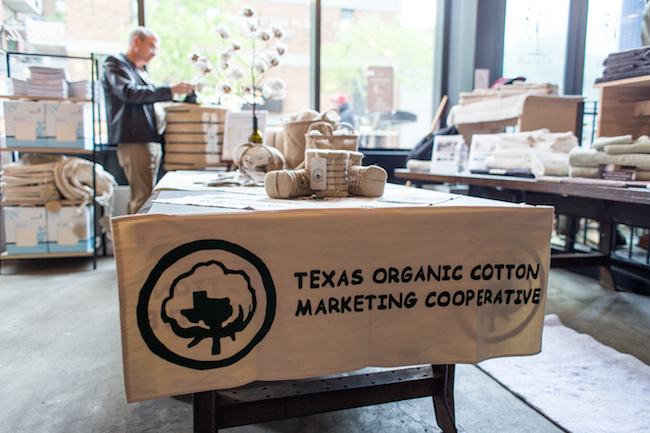 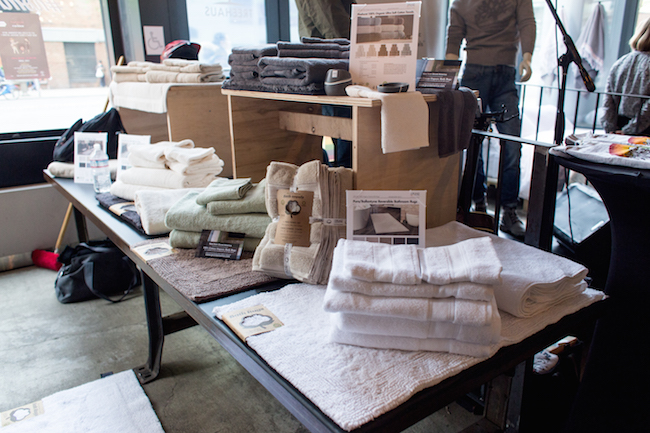 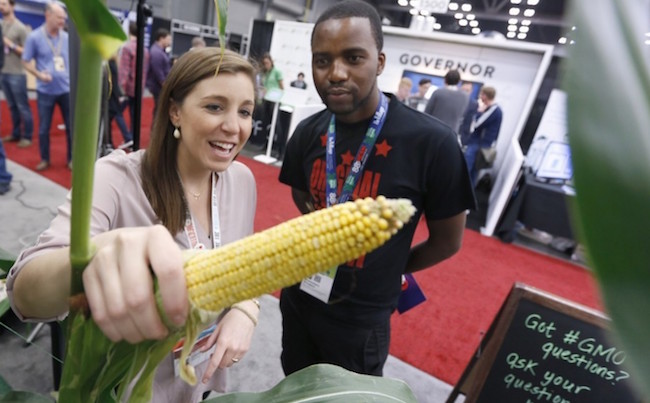 $3 Million of U.S. Tax Dollars to Fight 'Disinformation' About GMOs

U.S. tax dollars will now officially be spent on propaganda to counter the truth about GMOs.

A new report states that Canada has a problem with glyphosate as well, with approximately 30% of the food tested containing traces of this super-toxic chemical. 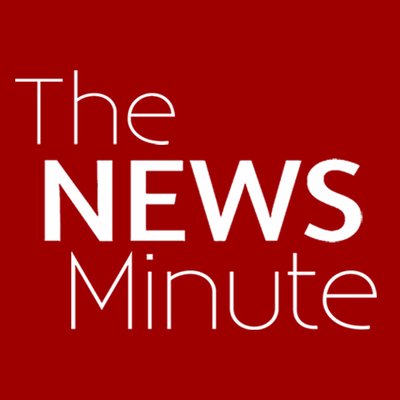 In India, a Rent-a-Farm Program to Teach Organic Farming

A 27-year-old from Chennai quit his job in IT and developed a very unique program to encourage organic farming. And it's working. 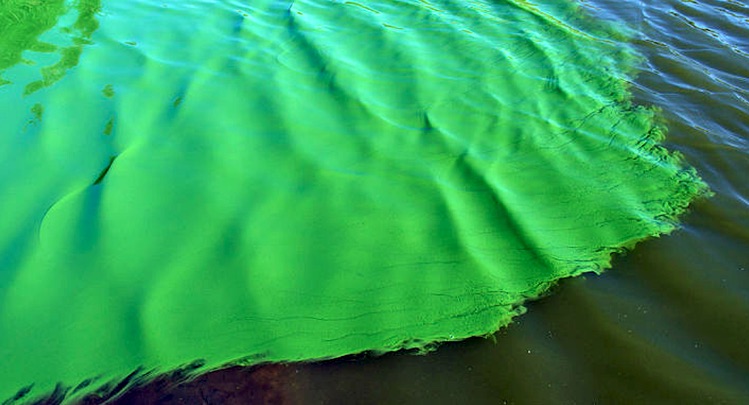 Field Trials of GMO Algae Have Been Done without Proper Oversight

Scientists have conducted open-pond trials of genetically-modified microalgae, despite the fact that the EPA has not established and updated its regulations for overseeing these kinds of studies. Critics are outraged, and rightly so.

Legal documents seem to show that Monsanto hired Internet trolls to combat people warning of the dangers of glyphosate. 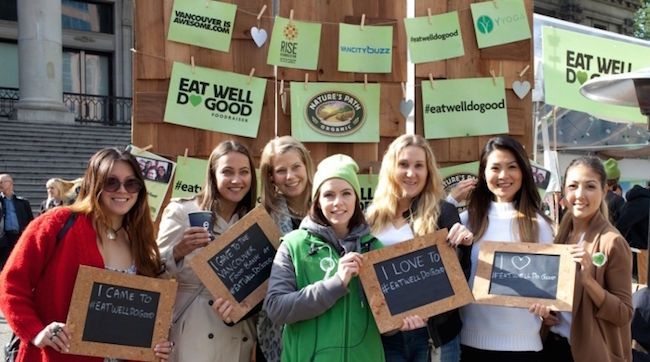 When it comes to social responsibility and environmental sustainability, the Stephens family continues to be a true leader in the organic industry.

Seeds of Change Gives More Than $300,000 in Grants to School and Community Farming Programs

Seeds of Change, a leader in sustainably-grown organic seeds, has given away $310,000 to school, community garden and farming programs across the U.S.

The End in Brooklyn, which sells organic superfood lattes and pressed juice, is suing Starbucks for launching its own Unicorn drinks. By doing so, the major coffee chain apparently caused lost business to the Williamsburg start-up.

* In news that will be published in tomorrow’s Federal Register, the Organic Animal Welfare Standards rule is now being delayed until November 14, 2107. This is extremely troubling but should not be a real surprise to anyone. Big Ag has made it clear that it is very against this rule and must have worked overtime to push for the delay.

* Last week, when The Washington Post broke its big organic milk story, it was just minutes before Organic Insider went to press and I didn’t have much time to comment on it. Here are a few thoughts:

* (1) The Cornucopia Institute has been complaining about these ‘organic factory farms’ for quite some time, and the USDA continues to turn a blind eye. Let’s hope that this independent investigation spurs some change.

* But it does not help matters that the enforcement staff at the USDA is only 9 people. Yes, 9 people overseeing a $43 billion dollar industry makes no sense at all.

* (2) Here is an interesting follow-up interview on NPR with Peter Whoriskey, the journalist who wrote the piece in The Washington Post.

* (3) The best way for consumers to fight back against this problem is to continue buying organic milk but to use The Cornucopia’s Organic Dairy Brand Scorecard as a guide. This will point out which brands are using the best organic farming practices and ethics, and consumers can then vote with their dollars.

* On Living Maxwell, I put up the latest installment of New & Noteworthy in Organic. On Pressed Juice Directory, I wrote about Anna Harouvis in Cleveland, the woman who makes juice for LeBron James.

* Each day at the EPA seems to get scarier. On its scientific advisory board, academic scientists have been dismissed and it is expected that corporate executives from the chemical industry will be taking their place.

* The last thing in the world we need is Monsanto, Dow and DuPont all policing themselves.