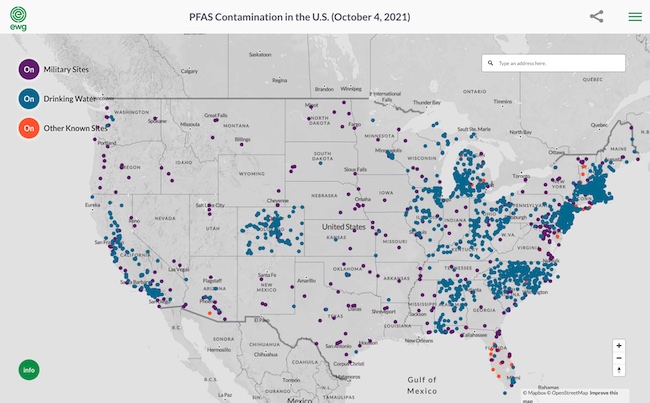 The Organic Industry Can No Longer Ignore PFAS Contamination

When a super-toxic — and prohibited — chemical makes its way into the organic food supply, it creates tremendous unease and a lack of trust among consumers.

We currently have that problem with glyphosate, the widely-used, cancer-causing weedkiller. It is so pervasive that many organic brands have taken the extra effort to obtain Glyphosate Residue Free certification, so as to give their customers added reassurance.

We also now have that problem with PFAS (perfluoroalkyl and polyfluoroalkyl substances).

Often referred to as “forever chemicals” — because it takes thousands of years for them to break down — the PFAS class of chemicals is associated with a higher risk of multiple types of cancer, reproductive damage and endocrine disruption, and they are considered a “worldwide health threat.”

Given that the federal government has been incredibly lax in the oversight of PFAS, these chemicals have become pervasive beyond imagination. Used in products such as food packaging, non-stick pans, pizza boxes, paper plates, firefighting foam, sports bras and yoga mats, PFAS are now showing up in the bodies of 99% of Americans, in addition to organic farms and products.

The highest-profile case involving contamination of an organic farm has been at Songbird Farm in Maine, where the two owners, upon learning about the widespread contamination, voluntarily pulled their vegetable and grain products from retailers. It wasn’t just their soil and spinach that tested positive. Their water levels of PFAS were 400 times higher than Maine’s state guideline.

Not surprisingly, the entire farming community in Maine is on edge, as this was anything but an isolated case.

Leah Segedie, founder of Mamavation and someone who has conducted large-scale PFAS investigations into many different consumer products, recently released a report about PFAS contamination of pasta sauces, both organic and conventional.

Out of the 55 different pasta sauces that she tested in 2021, 17 were organic and four of those had detectable levels of PFAS — approximately 25%.

Determining the exact source of the PFAS contamination is another serious challenge.

In Maine and numerous other states, it is widely believed that biosolids — or sewage sludge — which have been spread on farms as fertilizer, are a major culprit. Even though sewage sludge is prohibited in organic, the conversion process to organic is only three years, and what got applied to a previously conventional farm 10, 20 or 30 years ago is of real significance. After all, these are “forever chemicals.”

Along with being found in the soil, PFAS are also showing up in the water and air — near military bases, industrial sites and incineration facilities. But testing these three sources alone is hardly sufficient.

“I believe that PFAS contamination of organic products is also taking place during the manufacturing process and when products get transported,” said Leah Segedie. “What is touching the food? Was a contaminated lubrication used on a machine? Was food stored in a vat that was fluorinated, as it was crossing the Pacific ocean in an incredibly hot shipping container? Does the food contain contaminated spices? All of these and many other variables are the reason why the end-product should be tested, not just the ingredient.”

States, such as Maine, are installing filtration systems in an attempt to rectify the problem in the water supply. When it comes to the soil on organic farms, that is much more challenging.

According to Russell Taylor, vice president of Live Earth Products, a Utah-based company that mines and manufactures humic acid and fulvic acid-based products, “There are microbial strains that degrade PFAS chemicals. If used in combination with humate and biochar, this will help. However, it will take time and is largely dependent on how aggressively the problem is addressed.”

No one should be holding their breath, thinking that the USDA’s National Organic Program will ban or even create maximum PFAS limits for organic products. The agency hasn’t done it with glyphosate, so there is absolutely reason to suspect that it will do it with PFAS.

This leaves organic food companies deciding whether they want to test for this class of chemicals on their own. But even that is easier said than done.

“There is so much testing but not all of the testing gives you the answers you want, and brands do not know how to find it in the supply chain. Plus, there is a lot of plastic in the industry that doesn’t say it is fluorinated,” something compounding the problem, said Mamavation’s Leah Segedie.

Eradicating them will be neither quick nor easy, and explaining PFAS contamination to organic consumers — who expect chemical-free food for the premium prices they are paying — only adds to the challenges that our industry faces. 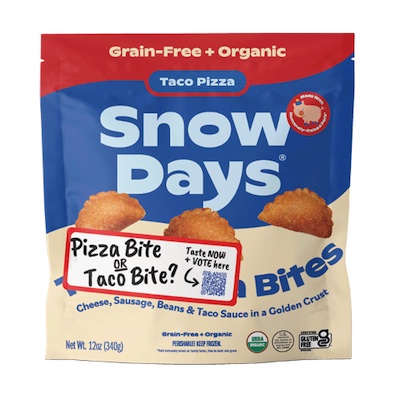 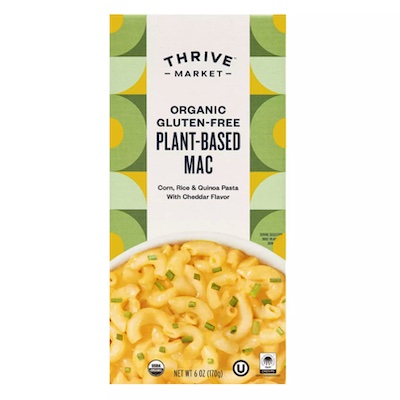 New from Thrive Market is an organic take on a classic comfort food -- plant-based Mac and Cheese. Organic and gluten-free, the pasta is made with Italian corn, rice and quinoa elbows, and the creamy vegan cheese sauce has a tangy, cheddary flavor. 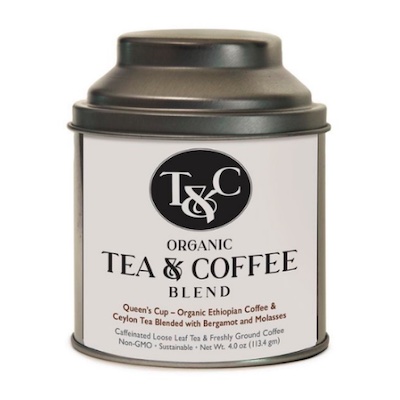 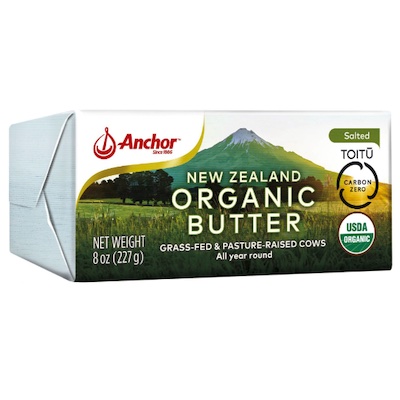 Anchor Dairy, the consumer brand of the globally-known New Zealand dairy cooperative Fonterra, has launched carbonzero Certified Butter. Organic and from grass-fed, pasture-raised cows, the butter has its environmental claims audited and verified by Toitū Envirocare, an independent certifier that verifies carbon emissions across the product life cycle. 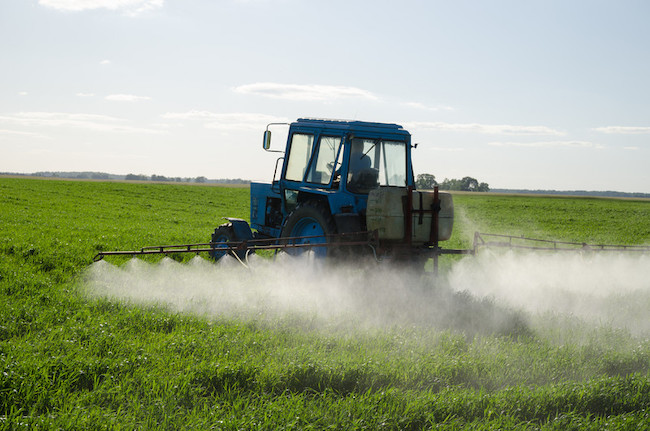 Survey: 81% of People are Still Not Aware of Glyphosate

A new survey from One Degree Organic Foods reveals a significant gap in consumer education and awareness when it comes to the world's most widely used pesticide.

Politico's investigation, based on more than 50 interviews, finds that the FDA is failing to meet American consumers' expectations on food safety and nutrition.

French retailer Carrefour said the initiative is in response to consumers’ growing desire for transparency when it comes to the provenance of its organic products and the production methods used. 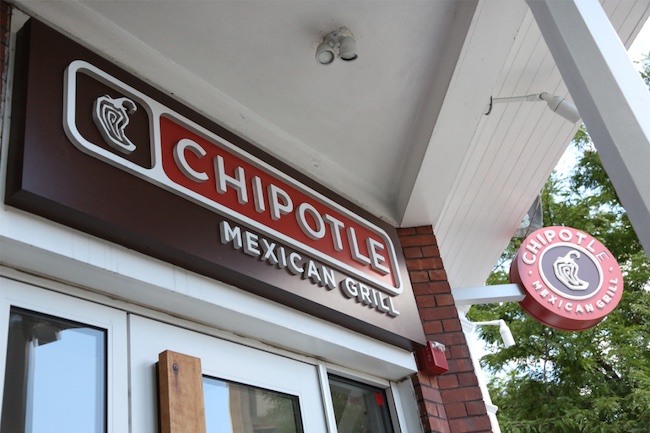 Chipotle is Sourcing Organic in a Major Way

New investors include LeBron James, Maverick Carter, John Legend and Questlove, among many others.

Let's hope that rational minds prevail and do not allow this science experiment to proceed. 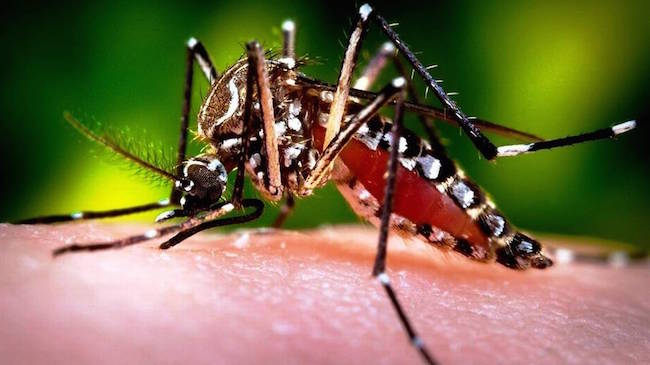 More than 6,000 stakeholder comments were delivered to the California Environmental Protection Agency's Department of Pesticide Regulation, urging the agency to halt the proposed release of genetically-engineered mosquitoes.

More fallout from the NYT investigation about fraud in the Indian organic cotton market.

Some UK organic farmers are being paid a milk price that is lower than the price some of their non-organic competitors get.

* Patagonia’s latest film: Newtok — Losing ground to climate change, this Alaskan community resolves to save itself.

* Join the Center for Food Safety’s Global Seed Network — because only a handful of mega-corporations, such as Bayer-Monsanto, own more than 60% of all the world’s seeds.

* Nature’s Path is partnering with Canadian Organic Growers and allocating $100,000 to support a network of organic farmers through the process of achieving Regenerative Organic Certification.

* By taking the Ladybug Love pledge to not use chemicals on your lawn and garden, Natural Grocers will donate to create more safe parks and playing fields.

* Alt-protein won’t save the planet.

* Lastly, very sad news about the unexpected passing of Debra Stark, founder of Debra’s Natural Gourmet in Concord, MA. She was a beloved figure in the community and built one of the best organic markets in the country. A huge loss.