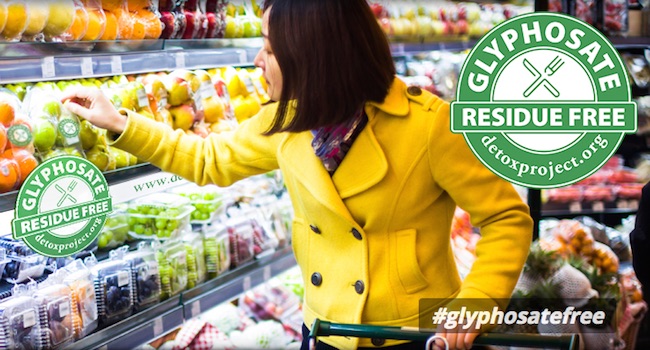 Several weeks ago, I wrote about a glyphosate-free certification that would soon hit the market.

Well, that is officially being announced today: a Glyphosate Residue Free certification by The Detox Project, one of the most respected organizations in the space and co-author of the recent report Glyphosate: Unsafe on Any Plate.

Not only will this program give consumers unprecedented insight into the foods they are purchasing, but it will have an enormous impact on the entire organic industry. I believe that organic food companies who do not get aggressive about this may face real problems down the line.

* The World Health Organization said that glyphosate, the primary ingredient in Monsanto’s RoundUp, is a “probable human carcinogen”, which means that it probably causes cancer to humans.

* The State of California can now require Monsanto to put a cancer warning label on its RoundUp products.

Over the past week, there has been some very notable and disturbing news….

Despite the tremendous controversy, it appears that the EU will cave into pressure from the industry, protect Monsanto, and renew glyphosate for another 15-year license.

Regardless of what the EPA and EU say about glyphosate, most organic consumers just do not believe that it is safe.

Even more worrisome is that 93% of Americans were found to have glyphosate residues in their urine, and glyphosate has even been found in organic food, despite the fact that it is illegal under USDA organic standards.

The very serious health concerns about glyphosate and the reality that it has been discovered in organic food are both reasons why a Glyphosate Residue Free certification program is so necessary at this juncture.

Organic consumers are going to demand that companies, who are charging premium prices for their organic food, are selling products that have not been contaminated with this toxic chemical.

How Does the Program Work?

Companies can send their products to a lab in San Francisco to get tested. Each test costs $250, and it will take 1-2 months to produce results.

If the product passes, which means that it does not contain glyphosate or AMPA residues exceeding the limits of laboratory detection (between 0.1 parts per billion (ppb) and 20 ppb, depending on the product), companies will be allowed to use the Glyphosate Residue Free seal on their packaging. They must also send in an additional two samples over the following 12 months to maintain its certification.

After the initial $250, the cost for the rest of the year, which includes two subsequent tests, is $1,750 per SKU. According to The Detox Project, this $2,000 total cost is in line with the Non-GMO Project Verification testing.

Who is Doing the Testing?

Why Should Companies Test?

There are several reasons why companies should pursue this certification.

First, organic food companies have a responsibility to their customers to sell food that is not contaminated by chemicals which are prohibited by the National Organic Program, including glyphosate. With glyphosate having found its way into organic food products, simply having the USDA organic seal will no longer be enough, especially since we now have the technology to quickly and inexpensively test individual food products.

Two, consumers are going to start to demand that companies test their products for glyphosate. If companies do not comply, consumers may believe these companies have something to hide. Furthermore, it could create a competitive disadvantage if competing brands have already obtained certification.

Third, if it is proven that a decent amount of the supply chain is tainted with glyphosate, there could be serious shortages of glyphosate residue-free raw product.

Therefore, companies that move quickly will ensure that they have access to a “clean” supply of product. Conversely, companies that are slow to react could find themselves with serious supply chain issues.

In a very small data set of products that it tested, The Detox Project found that approximately 15% of organic food products failed to meet its Glyphosate Residue Free certification requirement. This is alarming.

Will Additional Chemicals Be Tested Under This Program? Or, is it Just Glyphosate?

Glyphosate is just the beginning, and The Detox Project expects to be able to test for all chemicals in the near future.

How Can Individuals Get Tested for Glyphosate?

More information will be coming out about this later in 2017.

Also, within the next few days, I will be doing a special conference call for Organic Insider subscribers with the founder of The Detox Project to answer any questions or concerns you may have.

If you’d like to join this call, please reply to this email and I will email you special call-in instructions.

Disclosure: Several weeks ago when I first informed you that a glyphosate-free certification program was coming, I had had only one conversation with The Detox Project and was given very limited details. After subsequent conversations with The Detox Project and believing in both the importance of getting this information out to the public and the people behind The Detox Project, I decided to formally engage with the company and am being compensated to help market this program. I only partner with and promote brands and organizations that I believe in 100%.

Whether brands decide to use The Detox Project or a different organization, I firmly believe that glyphosate testing is a must for all organic food companies. Consumers have a right to know what is in their food. 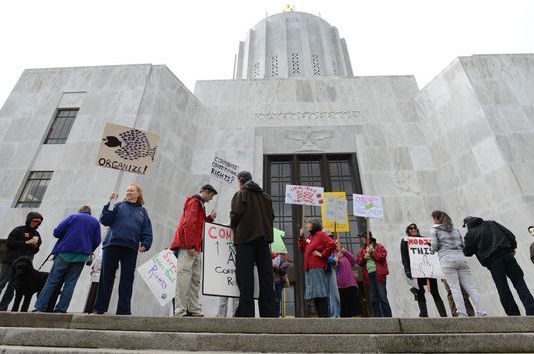 Oregon Lawmakers May Allow Farmers to Sue for GMO-Contamination

Oregon is considering a bill that would allow farmers to sue Monsanto and other seed companies for GMO-contamination, validating the notion that co-existence is not feasible at all.

The Environmental Working Group has just come out with a report encouraging Congress to expand market opportunities for U.S. farmers by placing greater emphasis on organic transition.

The USDA has just announced the renewal of 187 approved ingredients on the National List of Allowed and Prohibited Substances (National List). This is just further proof that once a substance gets on this National List, it is very hard for it to be removed.

Organic Trade Board in the UK Embarks on $10M Growth Plan

With organic only comprising 1% total market share in the UK, versus 10% in Denmark, the Organic Trade Board is launching a three-year, $10M plan to help grow the sector. 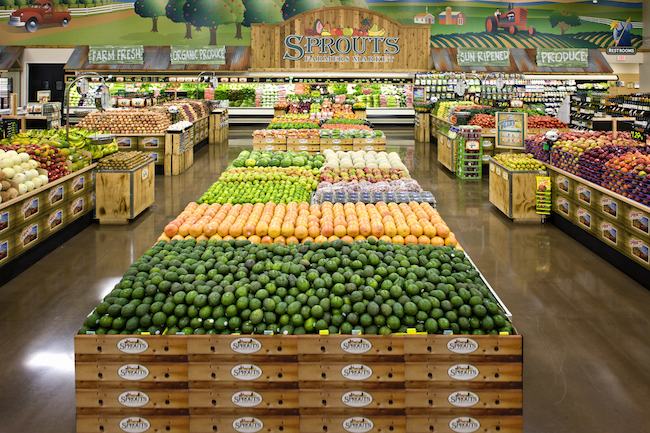 Albertsons Rumored to be in Merger Talks with Sprouts

By Ed Hammond and Kiel Porter

According to Bloomberg, preliminary merger talks between Albertsons and organic grocer Sprouts have been held. If this deal does go through, this could spur a private equity firm to make a play for Whole Foods.

Drink Maple, the Vermont-based maker of organic maple water and organic watermelon beverages, has just raised $3.9 million. Filings show that the company is seeking to close the round at $4.6 million.

Plant-Based MALK No Longer Uses "Milk" on its Labels

With members of Congress urging the FDA to prevent non-dairy companies from using "milk" on their labels, organic nut milk company MALK has taken a preemptive step and removed "milk" from all of its packaging.

* Beyond Pesticides has put together a very comprehensive overview of the agenda at the upcoming National Organic Standards Board (NOSB) meeting in Denver next month, from April 19-21. I will be there for sure, and please consider sending someone from your company as well.

* Unfortunately, there are very few organic food brands that go to these meetings. Conversely, there is an increasing number of chemical/GMO companies that attend. We desperately need more organic companies going to the NOSB meetings and giving a public comment to the board. After all, this is where organic rules and regulations get discussed and voted on.