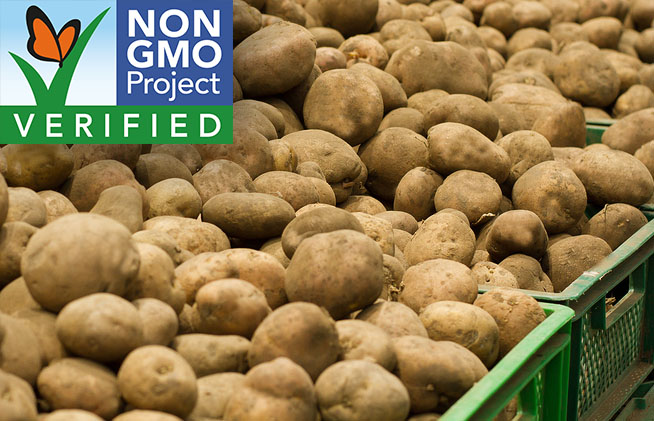 For savvy organic consumers, they know that when shopping for items which contain organic soy, organic corn or organic canola – tofu, tortillas, etc. — these products must have the Non-GMO Project seal on it.

That is because 90-95% of the soy, corn and canola grown in the U.S. is genetically-modified, and the likelihood they have contaminated their non-GMO counterparts is extremely high. As such, the Non-GMO Project has put these crops, along with cotton, sugar beets and a few others, on its High-Risk list.

In order for a product to receive Non-GMO Project verification, the organization does batch testing on all of these raw, high-risk ingredients to make sure that they do not exceed the predetermined thresholds of GMO contamination.

As of a few weeks ago, potatoes can now claim the unfortunate distinction of being on this High-Risk list.

Using a method of gene silencing called RNA interference (RNAi), the potato behemoth J.R. Simplot invented a GMO potato that hides bruises, or black spots, so they are more aesthetically pleasing to consumers. These GMO potatoes are being marketed under the Simplot Innate brand, found under the trademark White Russet.

On the market since 2015, these GMO potatoes have now become “widely commercially available” in the U.S. and have met a certain set of criteria related to the likelihood of GMO contamination in the conventional and non-GMO supply chain. As such, this propelled the Non-GMO Project to add potatoes to its High-Risk list.

“Because of the way that potatoes are propagated, or the way that they reproduce, it is not the same thing as corn. The concerns we have about GMO potato contamination have much more to do with co-mingling in the processing facility. GMO potatoes being mixed in with non-GMO potatoes at a manufacturing plant is a far bigger worry for us,” said Megan Westgate, Executive Director of the Non-GMO Project.

So, as of now, the main risk of GMO potatoes contaminating organic potatoes is about how the potatoes are handled at a processing facility rather than what happens in nature out on the farms.

When organic consumers are shopping at the supermarket, what should they be looking out for?

According to Megan Westgate, “Our understanding is that the GMO potatoes are being sold in bags of White Russet potatoes under the Simplot brand, and they are not currently being sold as loose bulk potatoes. As an organic consumer myself, shopping for loose organic potatoes is not a concern.”

What could contain the GMO potatoes are French fries, frozen potato products, prepared foods that include potato, and foods that contain potato derivatives, such as potato starch, potato flour, dextrose, and potato alcohols.

The Non-GMO Project said that russet potatoes — the variety of GMO potatoes on the market — are not a common potato for use in potato chips. Therefore, they are not a big concern for non-GMO consumers.

What are the health risks of these GMO potatoes that hide their bruises?

While J.R. Simplot maintains that its GMO potatoes are perfectly safe, the man who invented them, Caius Rommens, says otherwise.

As disclosed in his new book on Amazon called Pandora’s Potatoes: The Worst GMOs and in a recent interview with Organic Insider, Caius Rommens said that GMO potatoes “may cause an increase rather than decrease in overall disease pressures” and “may contain hidden toxins that do not promote the health of consumers but undermine it.”

It is very sad that potatoes, one of the world’s most historic, important and culturally significant foods, is facing this situation. However, with RNAi, CRISPR and a plethora of other gene-edited foods about to flood the marketplace, this is going to be the norm rather than the exception.

And it will probably not be long before apples — the most iconic fruit in the U.S. — are added to the High-Risk list as well.

(If you’d like to share this newsletter with your network or on social media, you can do so by using this link.) 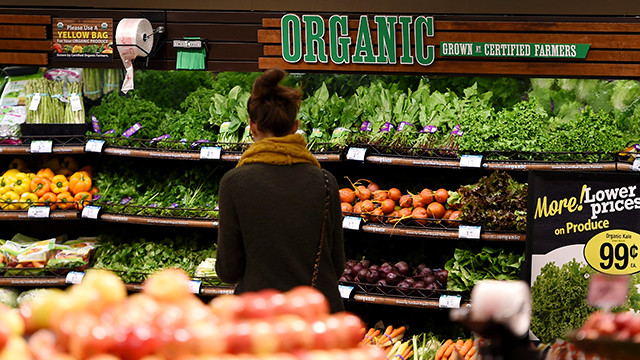 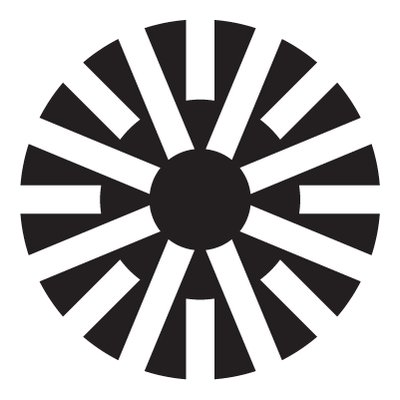 Pew: Americans are Divided over Whether Eating Organic Foods Makes for Better Health

According to a new Pew Research Study, 45% of U.S. adults say organic fruits and vegetables are better for you than conventionally grown produce - a number that is down 10 percentage points from 2016. The anti-organic propaganda machine is having a real impact, something that should concern us all.

Tackling Organic Fraud in the Lab, Field and Cloud

The EU is using a variety of tools, from cloud-based satellite imagery to mass balancing, in order to fight against fraud in organic. 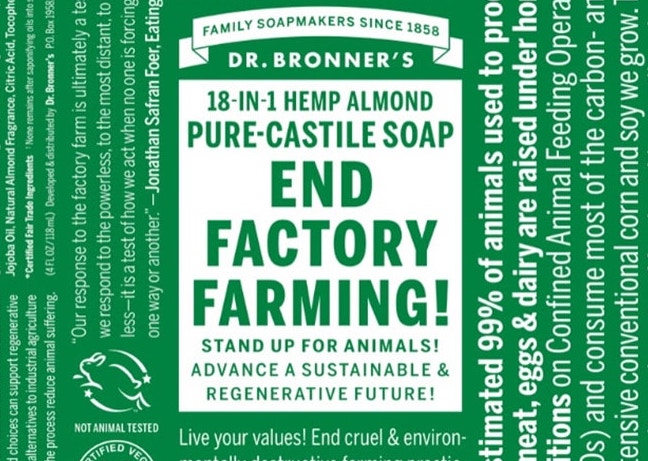 To support its animal advocacy efforts, Dr. Bronner's has released a limited-edition soap label featured on its 4-ounce Almond Castile Liquid Soaps (not sold at retail but will be given away at events) to highlight the gruesome fact that 99% percent of animals used for food production live in CAFOs. 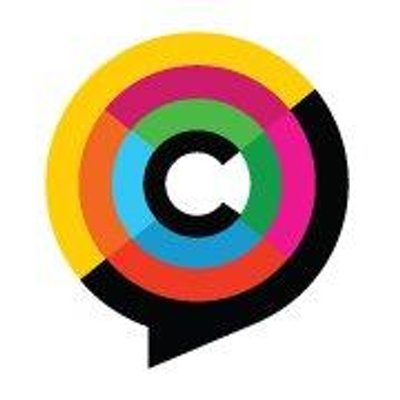 Having failed to achieve its desired results with the release of millions of GMO mosquitos, The Cayman Islands have terminated their contract with Oxitec as of December 31st. 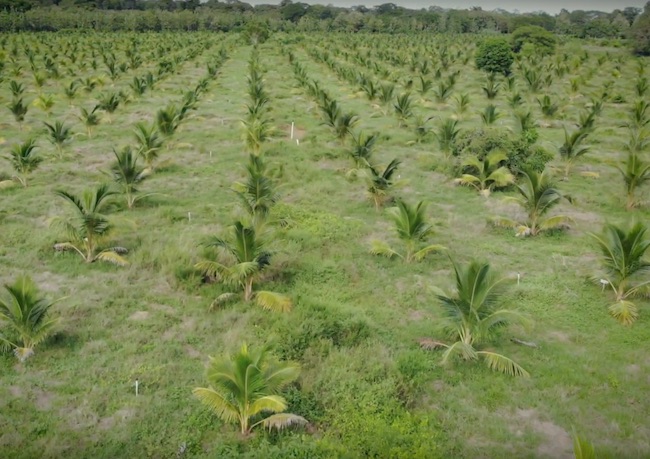 The Pietrasanta farming operation in Colombia, which encompasses 570 acres of organic coconut development, has closed on its second round of funding and is expected to apply for USDA organic certification in 2019. 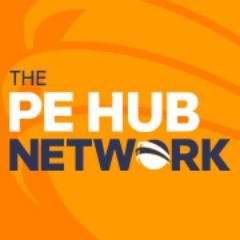 Organic dressing and salsa company Drew's Organics has been purchased by Schlotterbeck & Foss, a manufacturer and distributor of gourmet foods, for an undisclosed sum.

Green Mountain CBD, a Vermont-based organic hemp grower and maker of CBD products, has raised $7M from One Better Ventures and will rebrand itself as SunSoil in 2019.

* San Francisco International Airport (SFO) may have the most organic options of any major airport in the country.

* Beyond Pesticides has launched a petition asking the National Organic Program to ban fracking wastewater in organic.

* For those of us who live in NYC, it is incredibly sad news that Integral Yoga Natural Foods in the West Village is closing its doors after 45 years.