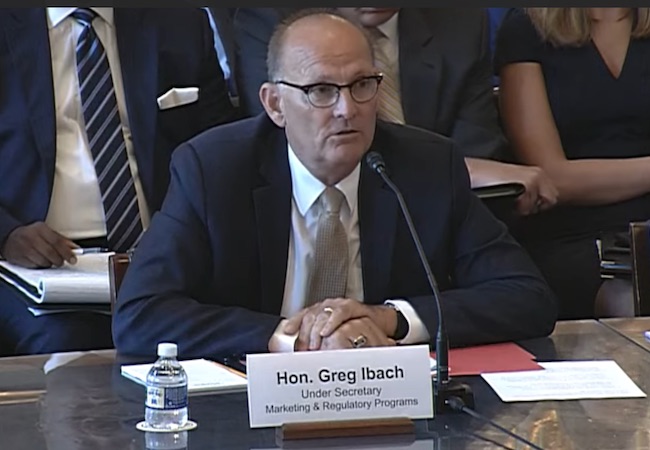 Comments made last week by a top USDA official should make it crystal clear to everyone — this administration has no qualms about fundamentally changing what organic represents.

At a House Agriculture Subcommittee meeting called “Assessing the Effectiveness of the National Organic Program”, Ranking Member Rep. Neal Dunn (R-FL) asked the question about the possibility of gene editing technologies in organic.

Greg Ibach, the USDA’s Under Secretary for Marketing and Regulatory Programs, responded,

For nearly everyone in our industry, the mere idea of having a discussion about allowing gene editing in organic is nothing short of heresy. It is an absolute non-starter.

Yet, what Greg Ibach fails to truly comprehend is that consumers choose organic because they want to avoid foods that have been altered using modern biotechnology tools. This is the protection that organic affords and is one reason why so many farmers voluntarily join the organic program.

“We can debate many things in the organic industry, such as factory farms and hydroponics, but no one argues about GMOs. It is one of the key areas that differentiates organics in the marketplace. Clearly, the pressure for this is coming from large agrochemical players who want to degrade the credibility of organic in the eyes of consumers,” said Mark Kastel, long-time industry observer and organic policy analyst.

If Greg Ibach and his colleagues were to make the argument that gene editing is different from traditional genetic engineering, this would be contradicting the USDA’s Animal and Plant Health Inspection Service (APHIS).

“On June 6th, when the USDA entered into the Federal Register a proposal to change the way that GMOs are regulated, APHIS clearly said that its proposed definition of genetic engineering would include these new technologies, such as gene editing. They are not different,” put forth Michael Hansen, PhD, Senior Staff Scientist – Advocacy for Consumer Reports.

Furthermore, the National Organic Standards Board (NOSB), which makes recommendations to the USDA about rules, processes and ingredients, voted unanimously at the 2016 fall meeting in St. Louis that gene editing would be considered an excluded method. Not surprisingly, the USDA has taken no action with regard to this recommendation.

So, if the USDA is adamant about pushing gene editing through, there are two steps that it could take.

One, it could bypass the NOSB, propose a rule that gene editing will be allowed in organic, and ask for public comments. Without question, this move would result in immediate legal action by watchdog groups.

“As a matter of law, the USDA cannot make an organic regulation without involving the NOSB. That is NOSB’s statutory role. And if the USDA goes against the NOSB’s recommendations, it would have to explain why. However, this administration has shown time and time again that it does not care about what the law requires,” said George Kimbrell, Legal Director at the Center for Food Safety.

Two, the NOSB could potentially vote again on gene editing once the USDA has full control of the board.

Each of the 15 members on the NOSB serves a 5-year term, and all are appointed by the Secretary of the USDA. Already, this USDA has appointed two new members, with 4 more to be named in the upcoming months.

If the current administration were to hold the White House in the 2020 presidential election, it will have appointed every single NOSB member to the board by 2023 and could heavily influence the direction and agenda of the NOSB.

That being said, there is no guarantee how these future appointees, all of whom are supposed to be significant stakeholders in organic, would feel about gene editing and whether they would actually push this policy forward.

However, what cannot be disputed is that we now have both the legislative branch and the executive branch of the federal government — on record — discussing the possibility of gene editing in organic.

This will certainly serve as the basis for more conversation.

And it could eventually lead to action.

* At 10AM PST this Friday, Grow Ahead will be hosting a webinar discussing its three years of collaborative research and farmer exchanges around diversification in coffee systems.

* Honest Tea launched its new “small decision. BIG impact.” campaign, and its advertising has been seen on billboards and in the subway throughout NYC. 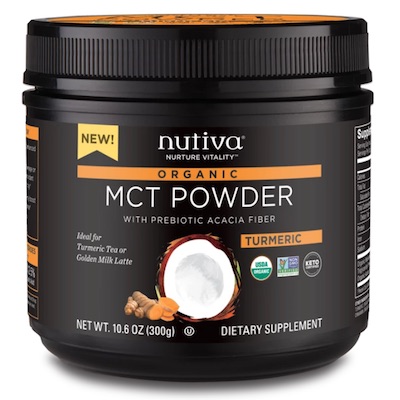 Named as one of my Top 5 Organic Products at 2018 Expo West, Nutiva now has a new flavor of its organic MCT powder — turmeric. With zero net carbs, it is available online and at retailers nationwide. 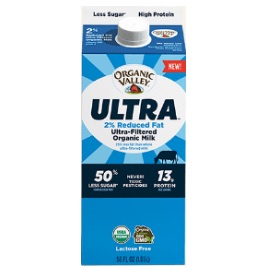 Organic Valley has rolled out the world’s first ultra-filtered organic milk — a type of milk that has 50% more protein, 45% more calcium, and 50% less sugar per serving than regular milk, and is lactose-free. It is available at Whole Foods Market stores nationwide and comes in 0% Fat Free, 2% Chocolate Reduced Fat, 2% Reduced Fat, and Whole. 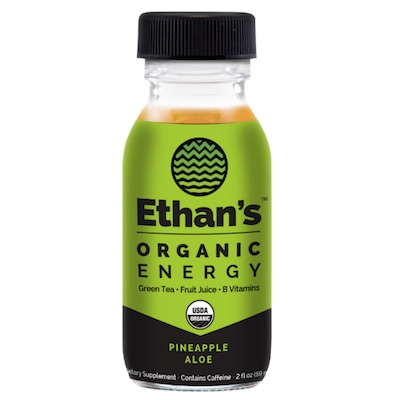 Using ingredients such as green tea, guayusa and cordyceps, Ethan’s has introduced organic energy shots. They come in three flavors — pomegranate blueberry, tart cherry ginger, and pineapple aloe — and are currently available at Whole Foods Market stores nationwide. Wegmans will be adding the line next month. 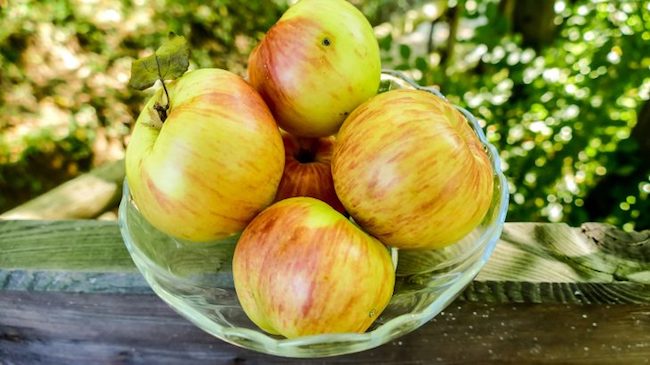 Study: Organic Apples have the Best Variety of Bacteria for Gut Health

In a study out of Austria, it was found that an apple's enormous bacterial community -- about 100 million bacteria -- is much more diverse and balanced in organic apples.

Defying the scientific consensus about the harm that chlorpyrifos causes to children, the Trump administration's EPA announced its decision to allow it to remain on the market.

More Propaganda about GMOs Needed to Feed the World

A World Resources Institute report said that more GMOs are needed to feed the estimated 10 billion people by 2050, and herbicide-resistant crops should not influence policy decisions. 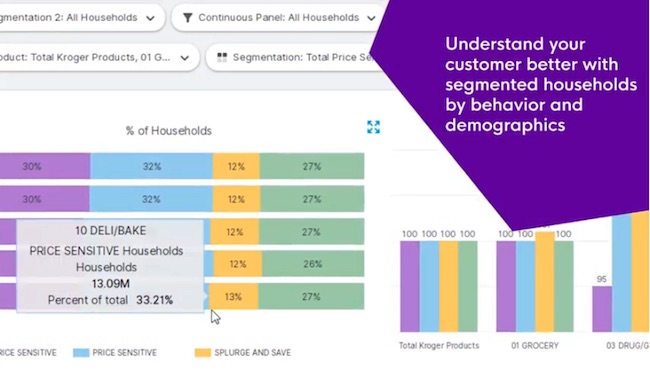 Called Stratum, the tool leverages data captured from brick-and-mortar and digital transactions, enabling brands to better position their products with consumers, both in-store and online.

A start-up in Ethiopia is providing organic produce grown by small landowners to markets in places like London and Dubai.

In Vietnam, Organic Food has Become Scarce Amid Huge Demand

Although the overall market size is not huge -- $17M in sales -- stores in Vietnam are suffering from shortages of organic food, as demand has outstripped supply. 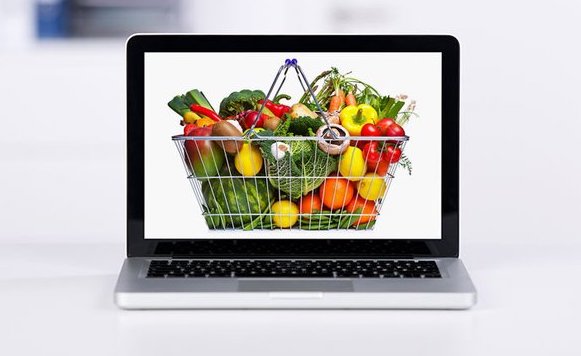 According to recent research from The Center for Food Integrity, it isn't just Generation Z that is interested in ethical food sourcing.

Video has been released from an animal abuse investigation that targeted Nature Prairie Dairy Farms, an organic dairy farm in Texas that supplies milk to Target, Kroger and others.

Organic kumbucha maker Health-Ade received a $20M injection of capital from The Coca-Cola Company, a transaction which took place in May.

* At 10AM PST this Friday, Grow Ahead will be hosting a webinar discussing its three years of collaborative research and farmer exchanges around diversification in coffee systems.

* Honest Tea launched its new “small decision. BIG impact.” campaign, and its advertising has been seen on billboards and in the subway throughout NYC.