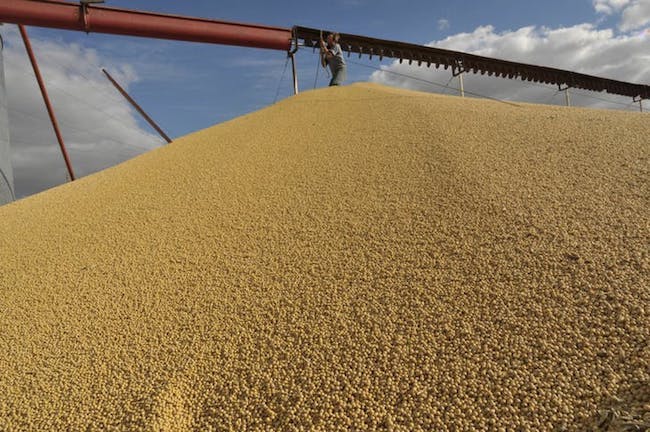 Good news!  With our new plan to publish every other week, we have opened up the archive to everyone, and the paywall is gone.

Click HERE to check out the last 3.5 years of newsletters and all of the news items that we have referenced.

The best way you can help us is by sharing our newsletters on social media and asking all of your colleagues to become subscribers. We are also incredibly grateful to the many individuals and companies who are premium subscribers and believe in supporting independent organic food journalism. Thank you all.

Earlier this month, the USDA held a town hall to discuss its soon-to-be-released proposed rules to combat fraudulent organic imports.

But will these new rules make a meaningful difference? Is it too little, too late? And is there a better, more comprehensive way to approach the problem?

For many years, industry watchdogs, including OrganicEye’s Mark Kastel and former OFARM executive director John Bobbe, had been warning the USDA about the massive problem of fraudulent imported organic grains, now estimated to have caused U.S. organic grain farmers $400M in losses.

What did get the USDA’s attention — and that of the rest of the industry — was the blockbuster 2017 investigation in The Washington Post about the millions of pounds of fraudulent imported organic corn and soy from countries such as Turkey and Ukraine.

Since that time, several different government agencies have been tackling this issue, and the USDA recently shared a preview of the Strengthening Organic Enforcement rule, designed to address fraudulent organic imports.

Some of the proposed rules include:

– Certified operations must maintain records that document a product’s source and chain of custody across the supply chain.

– Certifiers will be required to conduct mass-balance audits during on-site inspections.

– A broker or trader who does not take possession of an organic product in transit — but largely controls the transaction and paperwork — must now become certified organic.

– Electronic import certificates will be required for all organic products entering the U.S.

While these measures are certainly a step in the right direction, there is no mandatory testing at ports or borders, such as what the EU does with organic goods from high-risk countries. Furthermore, there is no stop-sale authority; meaning, if the USDA gets word that there is a fraudulent shipment and it has been placed on the market, the agency has no power to stop it or recall it.

“Since the Washington Post investigation, according to the USDA, approximately 75% of the certified organic operations in the Black Sea region have lost their organic certification, but it appears none of these rogue outfits have suffered any financial penalty. Yet, the damage they have caused is incomprehensible. It is possible that a high percentage of imported organic feed — for organically-raised animals in the U.S. producing meat and dairy products — was fraudulent. We should not be bowing down in thanks to USDA because of these new proposed rules. These rules are a result of their years of ignoring the problem, not because they are all of a sudden being proactive,” said Mark Kastel.

Anne Ross, international policy director at The Cornucopia Institute and co-author, along with John Bobbe, of Potential, Failures, and Pitfalls of the National Organic Program in Getting Control of Organic Grain Fraud, is optimistic about the direction of the new proposed rules but has her concerns.

“Some of the rules are good, and there are more tools to combat fraud. However, it all comes down to the people who enforce them. Additionally, these are merely proposed rules and have not been entered into the federal register. It could take more than a year before they go into effect,” she said.

If we are not going to test at our borders, recall products that we know are fraudulent, and impose very severe penalties for violators, just how effective will these measures be? And won’t the criminals simply employ more sophisticated tactics to evade these new procedures?

In order to truly make the imported fraudulent grain issue disappear, the USDA should embark on a strategic plan that eliminates our need to purchase organic corn and soy from foreign countries.

This means adopting policies that (a) create a large, fully traceable supply of U.S.-grown organic grains and (b) encourage the consumption of these grains. By doing so, it would put pressure on foreign players to operate in a much more transparent manner, thereby pushing out the fraudulent operators and returning prices to legitimate market levels.

Not only would this create jobs in our country — something important to the current administration — but the USDA would have much greater control and oversight of this sector versus commerce that takes place in other countries.

With organic increasingly being viewed as a critical component to maintaining good health during COVID, the case for organic is growing by the day. And it is only a matter of time before our food supply becomes a very serious national security matter.

While there is nothing wrong with purchasing organic products from abroad, especially for items such as cacao, bananas or coconuts, creating policy that promotes the domestic organic grain market could solve many of our problems at once. 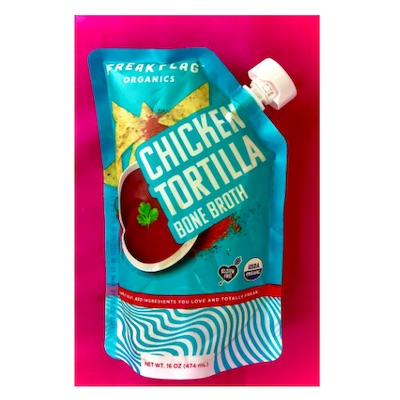 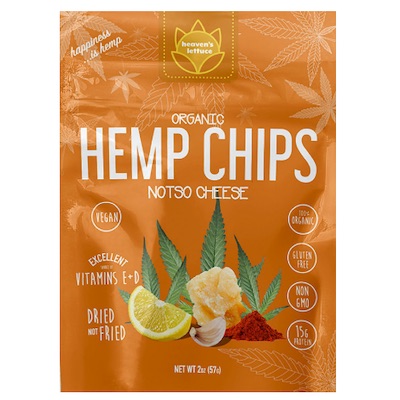 In what the company is describing as the first of its kind, Heaven's Lettuce has unveiled organic hemp chips. Made with hemp leaves, this snack comes in three flavors -- Original, Notso Cheese and Hot as Heck. Each bag boasts over 15g of protein, which is double the amount offered by typical kale chips. 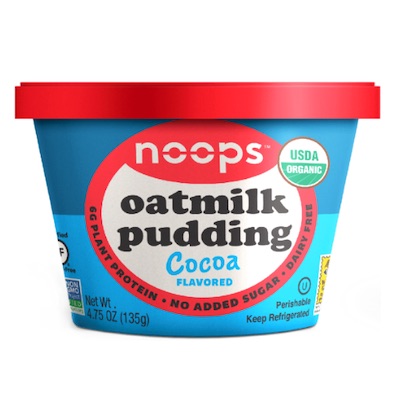 Spelled 'spoon' backward, Noops is a brand new organic, plant-based pudding made with oat milk, sunflower seed protein and dates. Available in four flavors -- Cocoa, French Toast, Mocha and Sticky Bun -- the products contain 5 to 7 grams of fiber and no added sugar. Available for sale on the company's website and at retailers in the New York City area, including Whole Foods Market. 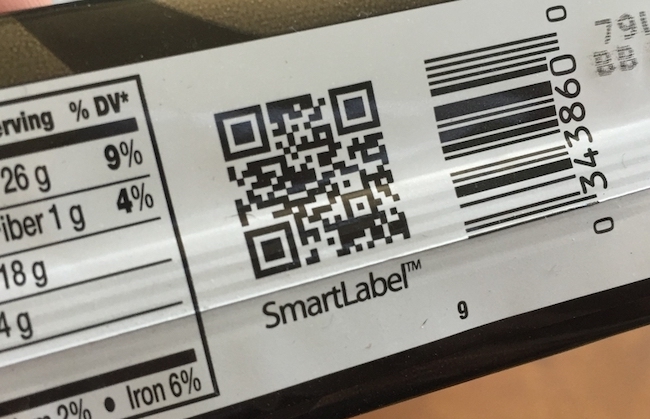 A lawsuit filed by the Center for Food Safety against the USDA argues that the 2019 GMO labeling regulation will leave the majority of GMO-derived foods unlabeled, discriminate against tens of millions of Americans, prohibit the use of the widely known terms "GMO" and "GE", and prohibit retailers from providing more information to consumers.

By Leslie Patton and Elizabeth Rembert

During the pandemic, organic meat and frozen foods have seen some of the largest increases versus last year.

With this new funding, the company will be able to deliver organic, affordable groceries to more customers across the East Coast, throughout the South and into the Midwest. 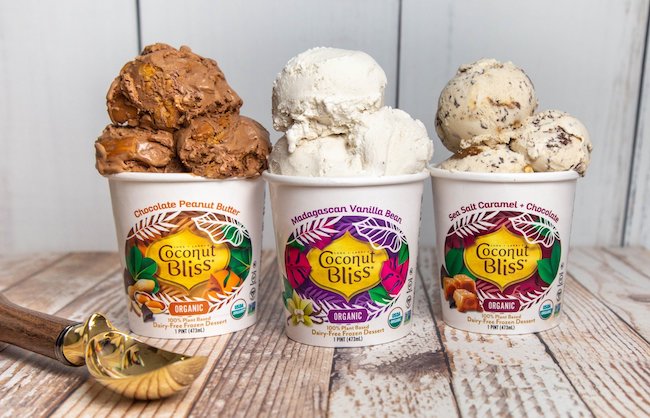 FoodID will Test What's in our Meat

A new startup founded by natural meat industry pioneer Bill Niman will test for 95% of the most common antibiotics and other adulterants administered via feed and water.

The company's annual sales have been growing by 400% on average since its inception in 2015. 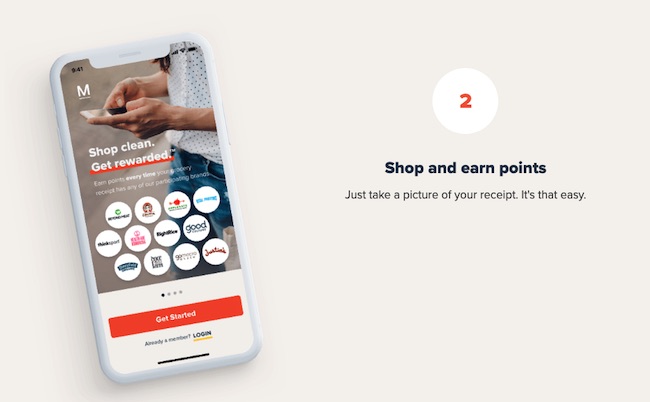 A new loyalty program for shoppers that are purchasing organic and better-for-you products.

Despite the fact that Fidel Castro was a harsh critic of GMOs, the country is now officially allowing them.

According to a new report from IRI and the NYU Stern Center for Sustainable Business, products with a sustainability claim have continued to drive growth during the pandemic.

* Along with my good friend and organic clothing/textile pioneer Marci Zaroff, I will be part of a webinar hosted by Rodale Institute discussing organic food, fiber & fashion on August 12th at 1pm EST. Registration is free.

* A few weeks ago, we wrote about the 750M genetically-engineered mosquitos that were close to being released in Florida. Fortunately, the Florida Keys Mosquito Control District board decided to postpone its vote on this until August 18th.

* In the UK, the Soil Association has announced the launch of Organic September, a collaborative campaign to reinforce that “the time is now” for organic.

* On August 6th, the Climate Collaborative will be hosting a webinar Launch & Briefing: Businesses for a Climate-Smart Recovery, at which former presidential candidate Tom Steyer will be giving a special address.

* This scientist uncovered problems with pesticides. Then the government started to make his life miserable.

* More hemp farms are transitioning to organic, and a new report predicts that the hemp-derived CBD market will reach $4.7bn this year.

* Mexico has announced that glyphosate-based herbicides will be phased out of use in the country by 2024.

* I can’t wait to visit this truly picturesque organic farm/hotel in Portugal.