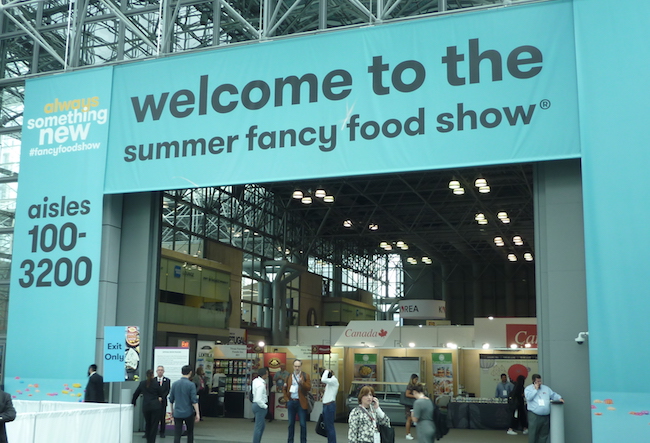 The Summer 2019 Fancy Food Show just wrapped up in New York City, and as usual, it was a fantastic three days.

Here are a few of my takeaways:

* Seeds seemed to take on more prominence. With nut allergies a real issue, particularly for kids, I saw an increasing number of seed bars, seed butters and seed milks — all a very welcome trend.

* A lack of CBD. In contrast to the recent Expo West show where CBD was all over the place, the same could not be said at Fancy Food. In my view, it was shockingly absent but could be a result of its legal uncertainty in states across the country.

* Cauliflower is as popular than ever, especially as the key ingredient in pizza crusts, but I think this is much more the case in the non-organic food segment. At Fancy Food, I saw several new organic cauliflower snacks, something I had been hoping to see for quite a while.

* One of the more interesting things that Fancy Food showcases is its Incubator Alley. This is where food incubators from around the country present their most promising companies. In this section, there were very few certified organic brands, and many of them said it was due to the high price of organic. This is exactly what I wrote about in last year’s Fancy Food recap, and the issue remains a real problem.

Below are the 10 organic products that I found most compelling. 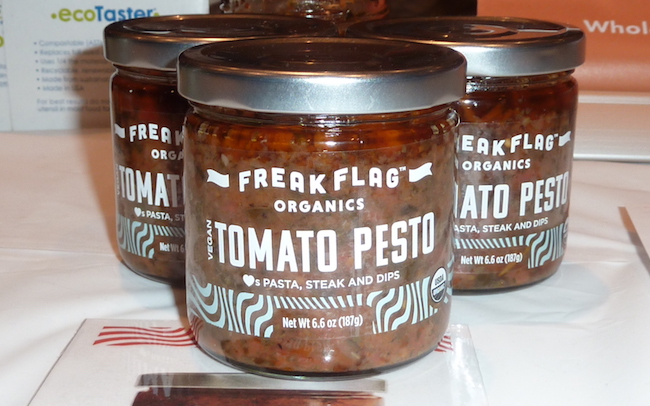 Organic sauces continue to be a big white space with room for plenty of entrants, and Fred Haberman’s Freak Flag Foods is starting to make its mark, particularly as it is set to go into 140 locations of The Fresh Market. The tomato pesto was delicious enough that you could eat it with nothing more than a spoon. This is a brand to watch. 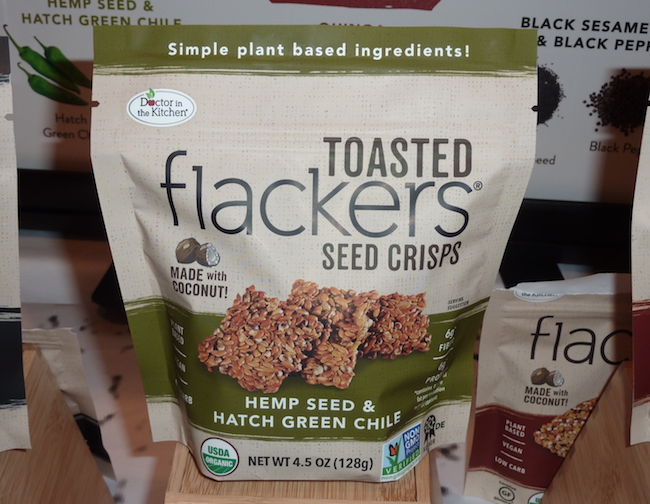 Known for its flax crackers, Flackers unveiled hemp seed and hatch green chile toasted seed crisps, which are keto-friendly. Thinking they would have the same texture as the flax crackers, I was mistaken. It was much more of a snack. A great and hearty way to consume both hemp and flax seeds. 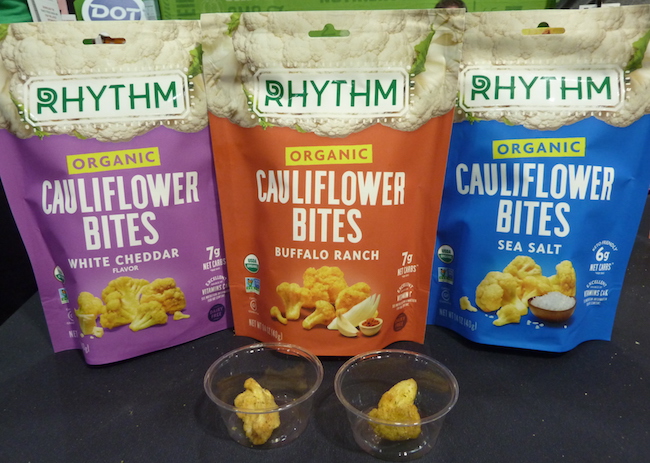 With the kale chip craze slowing down, Rhythm Superfoods may have found its next big hit — cauliflower bites. My favorite was the sea salt.

LAVENDER ALMONDS BY A BORING LIFE 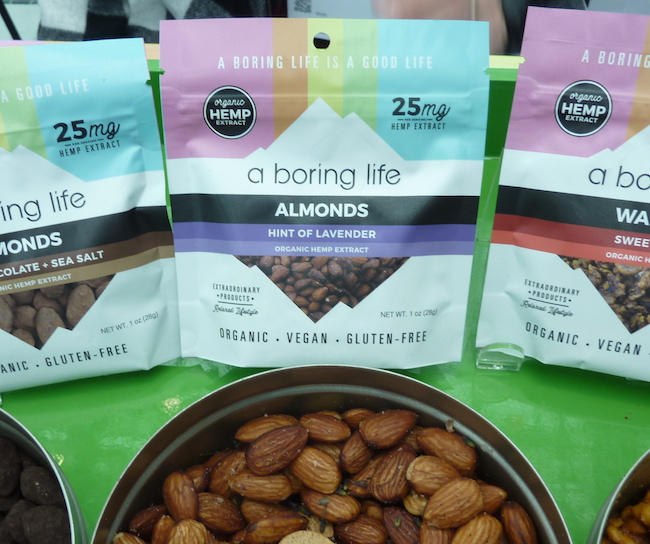 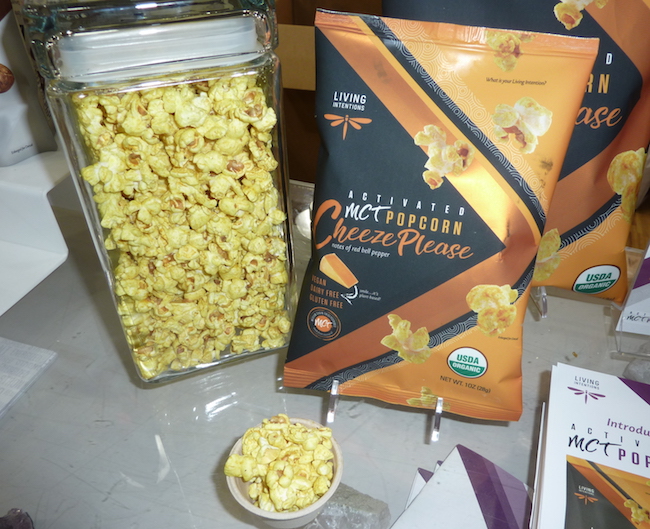 Living Intentions has literally cracked the code when it comes to addictive popcorn, and this was one of the best-tasting products at the show. It is dairy-free and contains a cheezy blend of vegetables, sprouted seeds, savory spices and MCT oil. 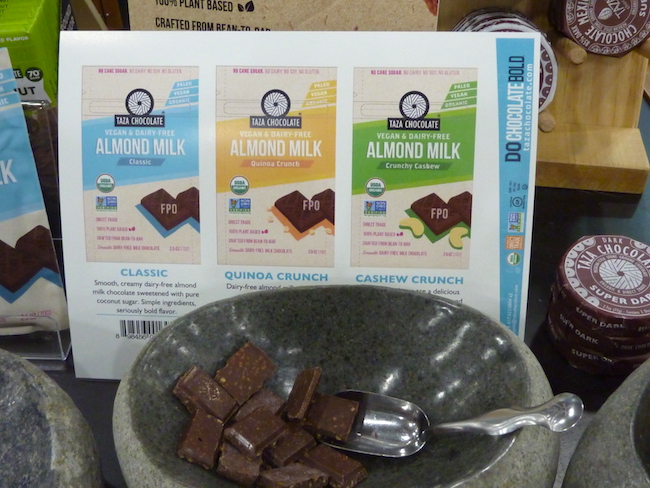 Boston-based Taza Chocolate has knocked it out of the park with this line of almond milk-infused chocolate. It is vegan and dairy-free, and comes in three flavors — quinoa crunch, classic, and cashew crunch. 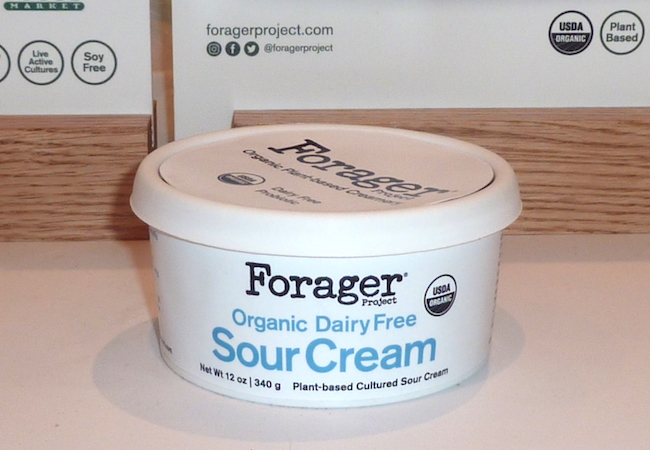 Leave it to Stephen Williamson, the incredibly innovative founder of Forager Project, to come up with a dairy-free, plant-based and cultured sour cream. I cannot recall ever seeing a vegan organic sour cream before. Very cool! 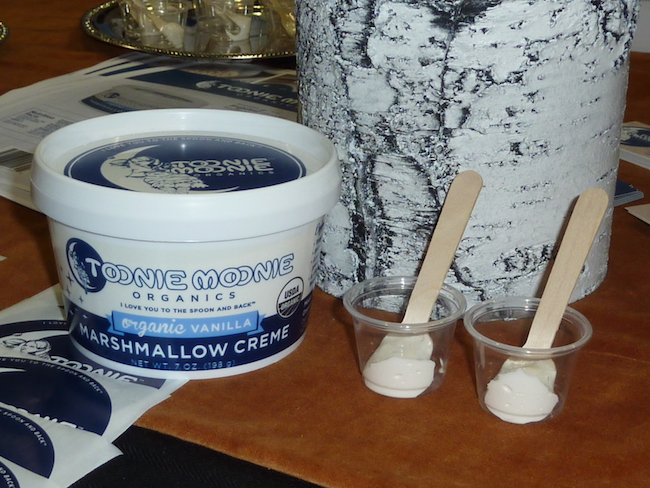 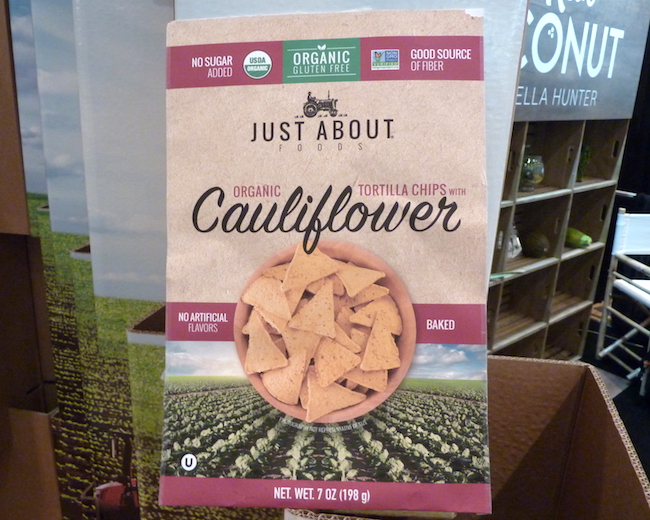 Mexico-based Just About Foods could soon be a breakout brand, as it had several compelling and unique products at the show. Its baked cauliflower chips, which are gluten-free and contain no added sugar, should see huge demand. 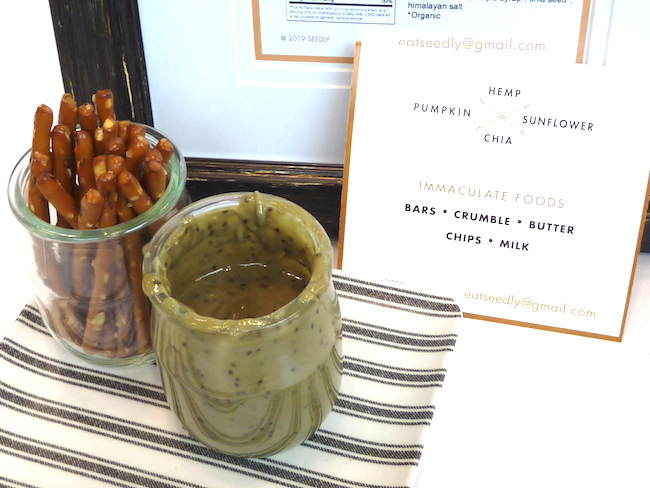 It is ironic that one of the best-tasting products of the show is so early in its development that it didn’t even have packaging. Sitting alongside its outstanding seed bars, the hemp pumpkin and chia seed butter from Long Island, NY-based Seedly had me at a loss for words. It was rich and creamy but not overly sweet. Very unique texture. Massive home run. 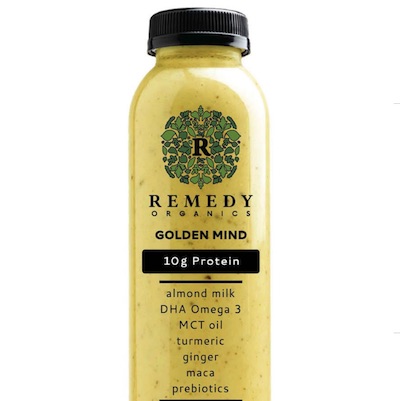 Remedy Organics has added a new flavor to its lineup of plant-based superfood beverages – Golden Mind. This drink is a new twist on ayurvedic golden milk but with DHA omega-3s, MCT oil and a 90% curcumin. 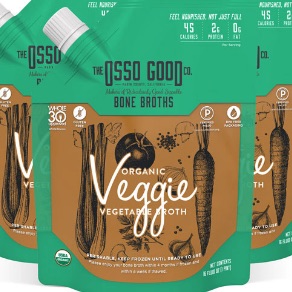 In addition to its beef, pork, turkey and chicken broths, The Osso Good Co. now has a certified organic vegetable broth. This vegan broth contains no added sugar or salt, and is both certified paleo and Whole 30 approved. 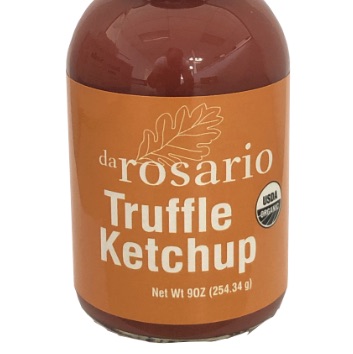 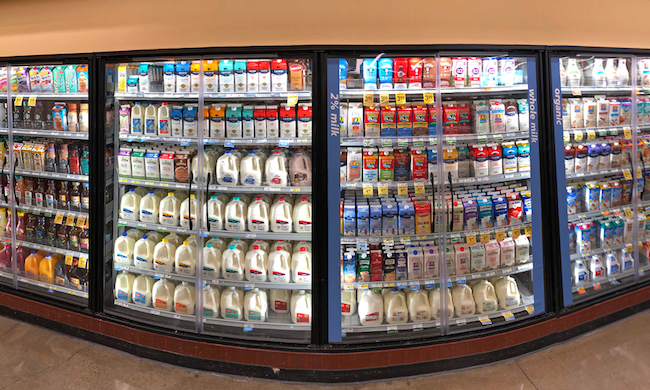 In a recent study conducted by Emory University in collaboration with The Organic Center, non-organic milk tested positive for illegal antibiotics, high levels of growth hormones and controversial pesticide contaminants.

Oreo-owner Mondelez is taking a majority stake in Perfect Bar-parent Perfect Snacks, which is doing roughly $70M in sales.

Bragg's is Acquired by Investor Group

The industry's leading organic baking brand has just come out with its latest innovation -- an organic line of low sugar, ready-to-eat baked goods.

Thrive Market has temporarily halted sales of hemp-derived CBD products after its merchant processor demanded it cease selling them amid uncertainty over their legal status.

Not surprisingly, GE-salmon may first show up in U.S. restaurants or university cafeterias, which are not required to tell diners that their fish is genetically modified. 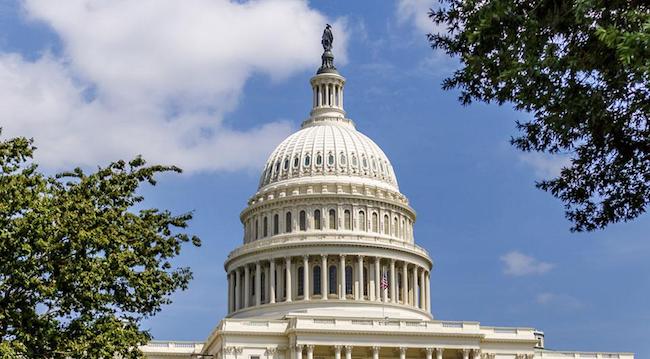 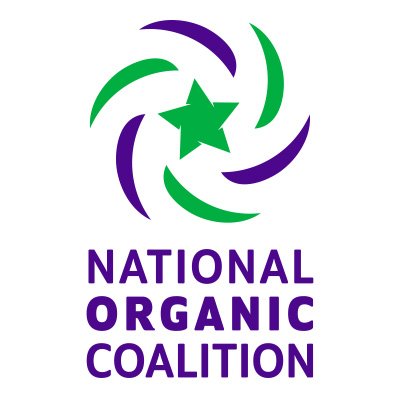 Organic Gets Some Wins in House Spending Bill

The U.S. House of Representatives passed new spending legislation with significant wins for organic, including those related to organic dairy and import fraud.

In an investigation by Politico, it was found that the Trump administration has stopped promoting government-funded research into how higher temperatures can damage crops and pose health risks.

Merkel: Glyphosate Use Will Eventually End

German Chancellor Angela Merkel told her country’s lower house on Wednesday that glyphosate use will eventually die out - a stunning proclamation given that Bayer just purchased this product in its acquisition of Monsanto.

* John Roulac, founder of Nutiva and RE Botanicals, was named one of the 100 Coolest People in Food and Drink by Business Insider.

* In Miami, a plant-based organic deli has opened called Plantiserrie.

* Massachusetts has banned the sale of some hemp products, including CBD-infused foods.

* The New York Times takes a look at the celery juice craze and how it has impacted organic juice bars and produce suppliers.

* In one quick graphic, here are my thoughts on the plant-based meat craze.