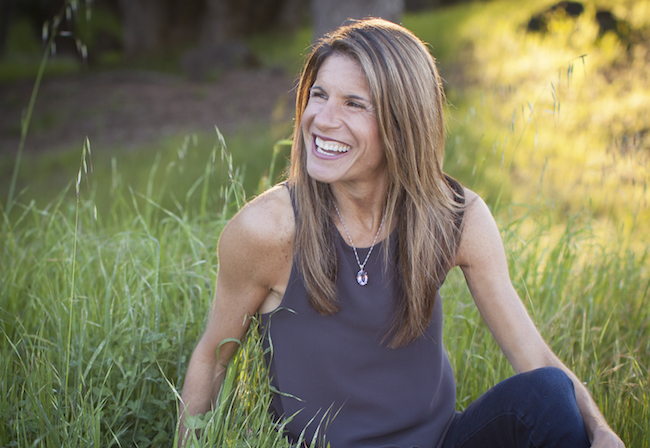 EXCLUSIVE: Sheryl O’Loughlin, the Beloved Leader of REBBL, Departs the Company after Four Phenomenal Years and Leaves Behind a Powerful Legacy

REBBL is no ordinary company.

Aside from being one of the hottest brands in the organic food industry, it has the rare distinction of being spun out of a non-profit, Not for Sale, which fights human trafficking and slavery around the world.

“This was a cause looking for a company, not the other way around,” said David Batstone, founder of both REBBL and Not for Sale.

Given the highly unusual way in which the company was conceived and birthed, it makes perfect sense that its CEO for the past four years was no ordinary leader. This was evident in Sheryl O’Loughlin’s email signature, which proudly displayed her title — CEO (Chief Love Officer).

“She lived that title,” said Renee Fuller, Brand Manager at the company. “Sheryl made time at the beginning of each day to hug everyone and ask them how they were doing. She has deep compassion for others, exhibits relentless humility and fosters a culture of love. I have never seen anyone like Sheryl before.”

Duane Primozich, Managing Partner and Co-Founder of BIGR Ventures, fellow board member and one of the company’s investors, echoed this sentiment.

“It is not far off to say she was like the ‘Mother’ at REBBL. She took a family-like approach, truly cared for those around her, fostered vulnerability and collaboration, and created an environment where employees feel empowered. We spoke every week, and our conversations were often about our families, nothing having to do with the business.”

Sheryl’s leadership of REBBL, however, was not something she had planned. In fact, after holding the CEO titles at both Clif Bar and Plum Organics, running the day-to-day operations of a company was not a position that she imagined having again.

Yet, when she joined the board of REBBL in the beginning of 2015 and served on it for several months, there was a shift in her thinking. She saw the culture, potential and importance of what REBBL was doing. With REBBL giving 2.5% of all sales to Not for Sale, each bottle sold signified that someone less fortunate would have their life changed for the better.

“Sheryl literally reengineered her whole life for us and this project,” said Palo Hawken, Chief Innovations Officer and Co-Founder of REBBL. “As a board member, she knew all of the troubles and warts of the company, and it meant the world to me that Sheryl came out of retirement in 2015 to lead this company.”

Soon after taking the reins of REBBL, one of her first orders of business was to take a hard look at the product portfolio. Its line of tonics was doing half the velocity of its coconut elixirs but was taking up significantly more resources. Sheryl made the case and built consensus among the board as to why the tonics needed be dropped in favor of the coconut elixirs. And she executed against that plan.

Over the next few years, Sheryl grew revenue by a factor of 10, built out the entirety of the management team, expanded margins by 4-5x, launched a new protein line, oversaw the evolution of the relationship between REBBL and Not for Sale, and hired a Senior Vice President of Impact, something incredibly rare for a company of this size.

Not only did Sheryl help U.S. consumers get acquainted with the power of adaptogenic herbs, but she pushed the company into regenerative agriculture efforts and emphasized the importance of JEDI (Justice, Equity, Diversity & Inclusion); they weren’t just the right things to do but they made sense from a business perspective as well.

As Sheryl moves into the next phase of her life, something that she had been wanting to do for the past year, making a positive impact will continue to be a real priority for her. She’ll be focusing on JEDI at OSC2, advocating for more women on boards in the natural products industry, sitting on boards (Foodstirs and others), and taking time for her family.

Equally as important to her is that she is leaving REBBL in extremely good hands. The company has appointed former thinkThin President/CEO Michele Kessler as its new leader, someone who is a strong cultural fit and has a serious pedigree for driving growth.

With this Friday as her last day, Sheryl O’Loughlin’s biggest impact cannot be measured or quantified. It is an intangible one.

“I believe love is the greatest source of wisdom and power with people. I wanted the people at REBBL to discover themselves and to understand their true talent. I wanted to make sure that we have a company that is rooted in love, in everything that we do,” she said.

This is one of the great human beings in our industry. She will be very, very missed. 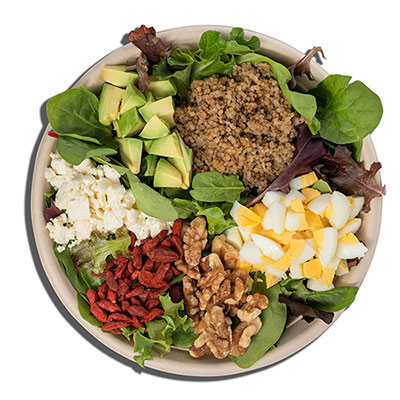 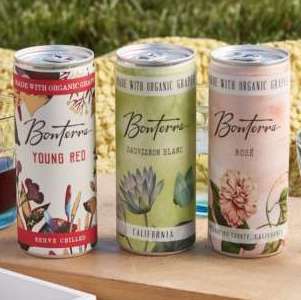 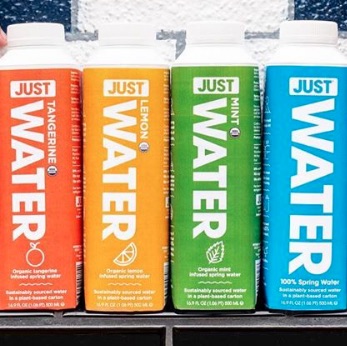 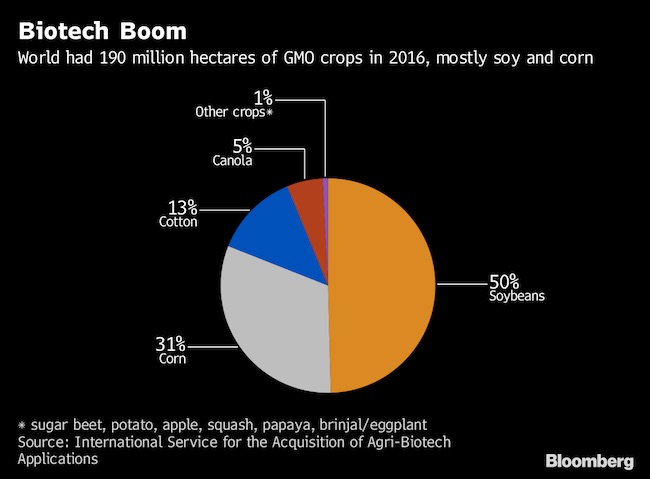 By Mike Dorning and Jennifer Dlouhy

This is ominous. President Donald Trump signed an executive order directing the USDA, FDA and EPA to ease rules for approving genetically modified crops and other agricultural biotechnology. 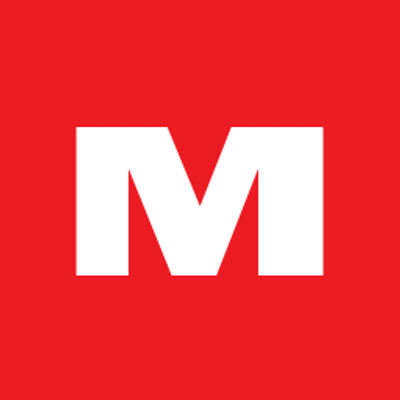 Rep. Chellie Pingree (D-ME) announced that the U.S. House Appropriations Committee approved an agriculture and rural development spending bill that will, among other things, help grow markets for local and organic agriculture.

Organic Farming has a Plastic Problem

Organic farmers are forced to use large amounts of plastic, much of which goes right into the landfill.

The USDA announced the discovery of unapproved GMO wheat plants in Washington state and said there is no evidence that it had entered the food supply.

AquaBounty Technologies has announced the start of GMO salmon production at the company's Indiana farm, a week after it has received its first shipment of GMO salmon eggs. 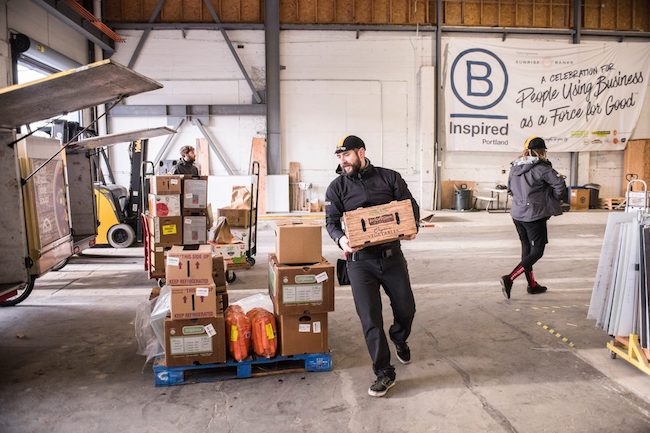 A Program that is Helping Mid-Sized Farms Survive

A new ‘Ag of the Middle’ program helps small producers scale up so that they can compete in a food system designed to benefit larger farms.

What are Organic Certifiers Hiding?

Neal Laferriere, an organic farmer at Blackberry Botanicals in West Virginia, wants to know what his organic certifier is hiding and not being fully transparent?

Best known for its stevia, monk fruit, and botanical ingredients, Layn Corp has announced plans for a U.S. facility capable of processing a minimum of 5,000 tons of hemp biomass per year for full- and broad-spectrum oil, distillate and crystallized CBD isolate.

* In case you missed it, last week I launched The Living Maxwell Podcast, where I will be having conversations with people inside and outside of the organic food world.

* My first guest was Liana Werner-Gray, who moved to the U.S. from Australia with $200 in her pocket and became a 3x best-selling author with Hay House.

* Click HERE to listen and learn more. Or, you can also find this episode on iTunes, Google Play, Stitcher, Spotify and TuneIn.

* In Greece, a rebel organic farm goes against the grain.

* The first organic underwear subscription service for women has launched.

* Sky Greens is Singapore’s first farm to secure a new national standard for organic primary produce grown in or near an urban area.

* The UK has its first organic bar.

* An installation at the Brooklyn Botanic Garden ponders the sounds made by plants.

* If you love organic and have never been to Rodale Institute, it is a must-visit.

* And there may be no better event to attend than its annual 9th Annual Organic Pioneer Awards Dinner, which takes place on September 7th.