What the Proposed GMO-Labeling Standards Seem to be Telling Us

The USDA has suggested using the symbols above to represent "bioengineered" food -- symbols that give off the impression that GMOs are healthy.

As the eagerly awaited proposed GMO-labeling standards were released last week — also known as the National Bioengineered Food Disclosure Standard — the most interesting aspect of these regulations was what they did not say.

Before we delve into that, here are a few of the major items that the standards did spell out:

* The standard defines “bioengineered” food as food “(A) that contains genetic material that has been modified through in vitro recombinant deoxyribonucleic acid (DNA) techniques; and (B) for which the modification could not otherwise be obtained through conventional breeding or found in nature.”

First, this does not give us any clarity about whether GMO 2.0 technologies, such as gene-editing, synthetic biology and RNAi, will be covered under this rule.

Second, a GMO-disclosure rule should make it clear and easy for consumers to know whether a food is genetically-modified or not.

The truth is that most people have no idea what “bioengineered” means, and using this seldom-used, scientific term is confusing to consumers.

Even the USDA itself was content to use the term “GMO-labeling” on its own website up until a few months ago. 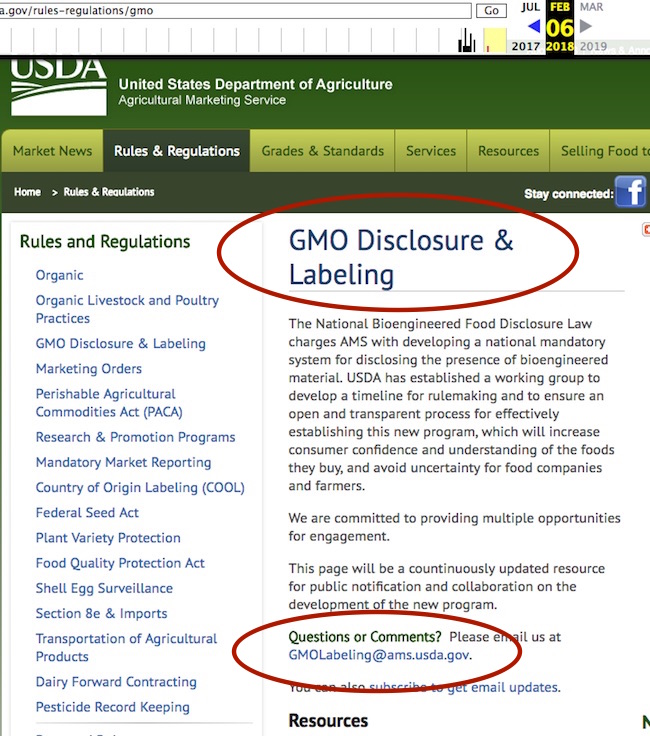 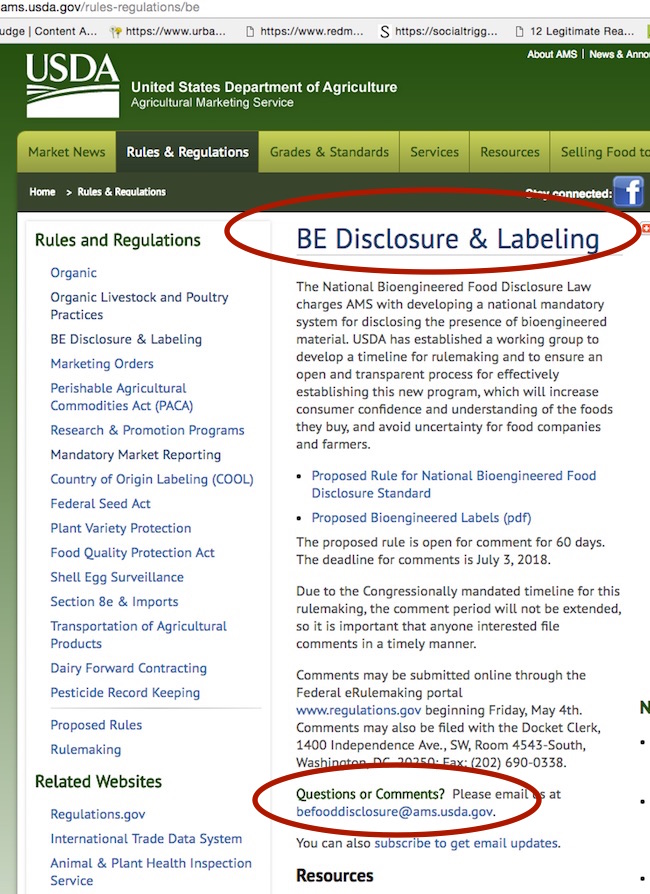 Replacing “GMO” or “genetically-modified” — terms that have been used by consumers for decades — with “bioengineered” is both disingenuous and deceptive to consumers.

* The foods that need to be labeled are broken down into two lists:

– Bioengineered foods commercially available in the U.S. “with a high adoption rate” — meaning, the genetically-modified form is planted or produced more than 85% of the time. This would be foods such as corn, soy, and canola, and can be labeled as “Bioengineered food” or “Contains a bioengineered food ingredient”.

* Companies will have three options to disclose the presence of “bioengineered” foods – text, symbol or QR codes. QR codes are inherently discriminatory since nearly 100 million Americans do not have a smartphone.

The proposed bioengineered symbols (at the top and below) — which are supposed to be neutral — give off the impression that “bioengineered” foods are healthy.

* It is still uncertain if heavily processed, genetically-modified sugars, syrups and oils will require a label.

* Meat and dairy products, where the animals have been fed genetically-modified feed, will not have to be labeled.

* Organic foods can be labeled as “Non-GMO” or “Not BE”. As I wrote about on Living Maxwell in 2016, this is very, very problematic and poses an enormous risk for organic.

While genetic-modification is prohibited in organic production, this does not mean that organic foods are free from GMO contamination.

If a high-risk organic product, such as corn or soy, has the words “Non-GMO” on its label and has unknowingly suffered significant GMO contamination, this could put the integrity of organic in jeopardy.

What also should be noted is that the allowance of “Non-GMO” to be used as a label on organic foods is a tacit admission that consumers are widely aware of and familiar with the term “GMO.” Yet, the USDA feels the need to mandate the use of “bioengineered” — a term that hardly anyone uses or understands.

WHAT’S THE MESSAGE FROM THESE STANDARDS?

When you read the proposed standards, the approach is very curious.

For example, in the “Definition of Bioengineered” section, it lays out two different viewpoints of what the term could mean. The USDA then says:

AMS (USDA’s Agricultural Marketing Service) invites comment on these two different positions on how to interpret the statutory definition of “bioengineering,” and thus the scope of the regulatory definition of “bioengineered food.” In particular, AMS is interested in any additional studies conducted on this issue, the cost of implementation under each policy, and whether certain policies describing the scope of foods subject to the disclosure standard would lower costs to affected entities. In addition, we request public comment on whether one position is a better interpretation of the statutory definition.

Yet, this approach isn’t just used in the “Definition of Bioengineered” section. It is also used in numerous other places throughout the proposed standards.

“Normally, in a proposed rule, they wouldn’t give two options and ask for comments on all of the options. What is much more standard is to say that the agency thinks ‘X’ is the best option but ‘Y’ and ‘Z’ were also considered,” said Michael Hansen, PhD, and Senior Scientist at Consumers Union.

“I think the USDA did this because there is a fight going on as to where it will come down on key issues. The USDA is between a rock and a hard place. This proposal went to the OMB (Office of Management and Budget) last December and just sat there for four months. Normally, it only takes a few weeks for non-controversial proposals that don’t have a legal deadline. However, Congress mandated that the final GMO-labeling rule be published by July 29th. With public comments due on July 3rd, the USDA can’t possibly read all of the comments, respond to them, and publish the final rule in 3.5 weeks. What this all adds up to is that there is a lot of controversy going on behind the scenes.”

With some of the major food companies, such as Campbell’s and General Mills, now in favor of GMO-labeling and many multinationals having already left the Grocery Manufacturers Association — the trade group leading the fight against GMO-labeling over the years — it is easy to see why there could be disagreement behind closed doors. Powerful food conglomerates no longer see eye-to-eye on this labeling issue with the ag-biotech industry. Since all of these players have significant influence when it comes to setting food policy in the U.S, the federal government may be getting mixed messages about key aspects of the proposed standards.

Whether this lack of agreement results in a more favorable labeling bill is something that remains to be seen.

The USDA is accepting comments about its proposed National Bioengineered Food Disclosure Standard until July 3rd. If you’d like to comment, you can do so HERE:

Four main talking points you may want to include are:

– The term “bioengineered” should not be used. It is both misleading and confusing to consumers. “GMO”, “GE” or “Genetic Engineering” should be used instead. These are terms consumers are familiar with and understand.

– All forms of genetic engineering should be disclosed, including gene-editing, synthetic biology and RNAi.

– All highly processed foods, such as genetically-engineered oils, syrups and sugars, should not be excluded from labeling.

– Any symbol that represents “bioengineered” should be neutral and not contain a smiley face or a sun.

* Tulum’s Gitano will be opening up an outpost in NYC, complete with a meditation circle/reflecting pool and a community garden growing herbs and vegetables.

* The founders of organic baking company Foodstirs were just interviewed on Taste Radio’s recent podcast, where they discussed, among other things, the brand’s approach to new product development and innovation.

* In Florida, the Environmental Protection Agency has extended the public comment period on a plan to release millions of genetically-modified mosquitoes in the Florida Keys. The deadline to comment is now June 7th.

* This week’s GMO propaganda award goes to Washington Post columnist Michael Gerson. He makes the futile case that being anti-GMO is being anti-science. 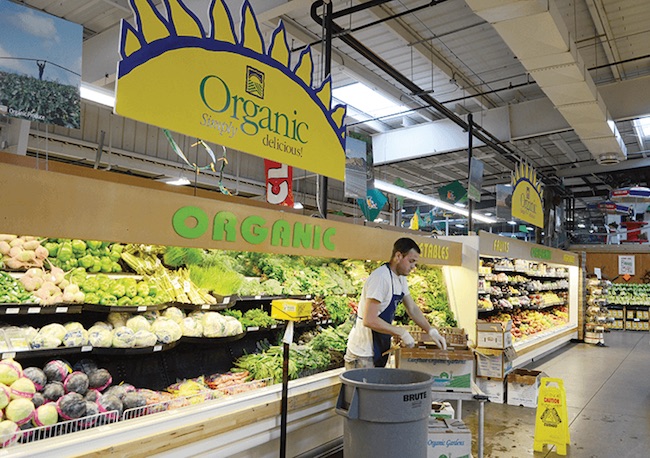 Growers and Distributors are Seeing No Slowdown in Organic Produce Sales

New NOSB member Eric Schwartz opens up about where he stands on key issues and thinks that much must be done to increase organic yields. 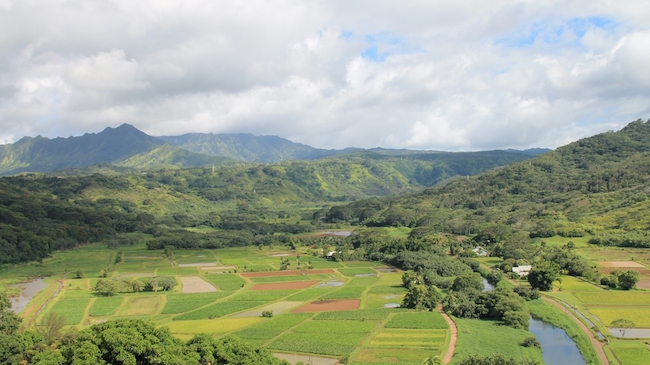 Hawaii Takes a Stand for Children, Becomes the First State to Ban the Super-Toxic Chlorpyrifos

Hawaii became the first state in the U.S. to ban the pesticide chlorpyrifos, a highly toxic neurotoxin that causes significant damage to brain development in children.

Weedkiller Products are More Toxic Than Their Active Ingredients

As part of the U.S. National Toxicology Program’s first-ever examination of formulations made with glyphosate, new tests have shown that popular weedkiller products, such as Monsanto's RoundUp, are more toxic to human cells than their active ingredients.

How Kelp Forests are Being Impacted by Climate Change

Kelp forests, often viewed as a solution to acidification in the ocean, are being threatened by an invasion of weeds. 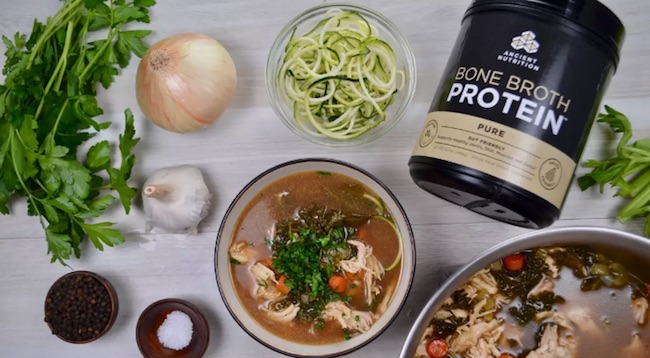 A fascinating look at how Ancient Nutrition founders Jordan Rubin and Dr. Josh Axe closed on a $103M round of financing.

As part of a partnership with Richland Honey Bees, Maryland-based MOM's Organic Market is now selling bees to its customers and has launched a BeeSA — or a Bee Supported Agriculture program.

* Tulum’s Gitano will be opening up an outpost in NYC, complete with a meditation circle/reflecting pool and a community garden growing herbs and vegetables.

* The founders of organic baking company Foodstirs were just interviewed on Taste Radio’s recent podcast, where they discussed, among other things, the brand’s approach to new product development and innovation.

* In Florida, the Environmental Protection Agency has extended the public comment period on a plan to release millions of genetically-modified mosquitoes in the Florida Keys. The deadline to comment is now June 7th.

* This week’s GMO propaganda award goes to Washington Post columnist Michael Gerson. He makes the futile case that being anti-GMO is being anti-science.