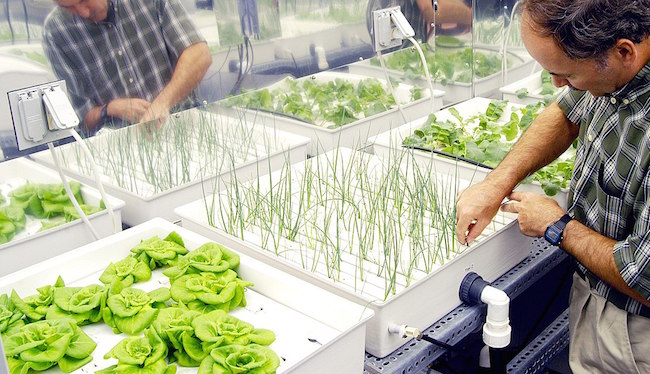 Led by Patagonia, Organic Food Companies are Inserting Themselves into the Hydroponics Controversy

At the biannual National Organic Standards Board meeting (NOSB), which is set to convene in Jacksonville, Florida from October 31st to November 2nd, organic farmers are flying in from all over the country to protest against hydroponics being allowed in organic. With a critical board vote expected to take place at this meeting, the stakes are very high.

Yet, within the last week, their fight against hydroponics has been strengthened by the support and emergence of another group – some of the most influential organic food companies in the industry.

On her company’s blog and on LinkedIn, Patagonia CEO and President Rose Marcario made the case that even though hydroponic has real importance to society, it is not organic and needs to have its own certification.

The Patagonia CEO took it a step further when she drafted a letter to the NOSB, which says, among other things:

– We concur with the original intent of the Organic Foods Production Act of 1990, which stated, “an organic plan shall contain provisions designed to foster soil fertility, primarily through the management of the organic content of the soil.”

– Including hydroponically-grown produce in the organic label would be misleading and create confusion for customers. We believe that organic production should require soil, and we think customers believe that, too.

– We ask that you defend the organic standard and not allow hydroponically-grown produce to have the USDA organic seal.

Though it has only been a few days and the effort is just beginning, numerous other organizations have signed on to this letter as well. As of this morning, they include Amy’s Kitchen, Nature’s Path, Dr. Bronner’s, Nutiva, Thrive Market, Foodstirs, REBBL, Yellow Barn Biodynamic, Rodale Institute, Demeter USA, White Oak Pastures, and Kunoa Cattle.

“We heard about the vote from Lisa Stokke (Co-Founder of Food Democracy Now!) and thought that we should get involved and help rally CEOs in the organic community. Many people don’t understand what is at stake here, but our customers are interested in this issue. That is why we put out a customer education piece on it. With this letter, we are hoping to influence the NOSB members about hydroponics in organic. It is important that these members understand that they represent organic food CEOs, and they ought to listen to CEOs who truly care about their customers,” said Rose Marcario.

“When it comes to the Organic Trade Association (OTA), they tend to favor less transparency rather than more. Customers want radical transparency,” she continued.

I reached out to both Driscoll’s and Wholesum Harvest, widely regarded as the two largest operators of and advocates for hydroponics in organic, to get their take on the Patagonia letter. Driscoll’s has yet to comment, but Wholesum Harvest did respond.

“We’ve seen the letter Patagonia is circulating. It seems to only apply to hydroponic production. As we are not growers who utilize a hydroponic system, we feel it would be inappropriate to comment on the issue,” said Jessie Gunn, Marketing Manager at Wholesum Harvest. 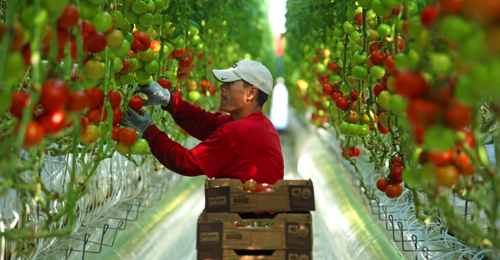 (From the company’s website, a picture of Wholesum Harvest’s growing system .)

According to The Packer, however, Wholesum Harvest testified before a U.S. Senate committee in July, expressing support for containerized and hydroponic growing methods.

Lisa Stokke is not surprised by Wholesum Harvest’s admission that it doesn’t grow hydroponically.

“Organizations such as the OTA and even CCOF (California Certified Organic Farmers – an organic certification agency) are manipulating the issue and are purposely attempting to confuse NOSB members. They are distorting the definition of what is hydroponic and what is a container growing system. This provides cover for the big hydroponic operators to technically say they are utilizing a container growing system yet not farming hydroponically, which is false,” she said.

Based on information that I have been hearing, those groups fighting to remove hydroponics from organic are still short of the 10 votes needed.

One critical, and supposedly undecided, vote among the 15 NOSB members is that of Clif Bar. A Clif Bar executive is chairman of the NOSB and carries influence among other members.

I have been in communication with Clif Bar regarding the Patagonia letter, and they have a copy of it. As of this morning, however, I have not received confirmation that they will be signing the letter.

“We hope that companies like Clif Bar, who have representation on the board, stand with us in maintaining the integrity of organic standards,” put forth Lisa Stokke. “Soil is the foundation of organic, and the NOSB now has the opportunity to protect it alongside the organic community.”

First, it is not a given that the NOSB will vote on the hydroponics issue in Jacksonville. If 8 of the 15 members believe that more information is needed, they could vote to send it back to the Crops Subcommittee. Again.

I will be at the NOSB meeting in Jacksonville later this month and will keep you informed about any developments related to this very important issue.

If you are interested in receiving a copy of the Patagonia letter and/or signing on to it, please contact Phil Graves at Patagonia. He can be reached at: Phil.Graves@patagonia.com 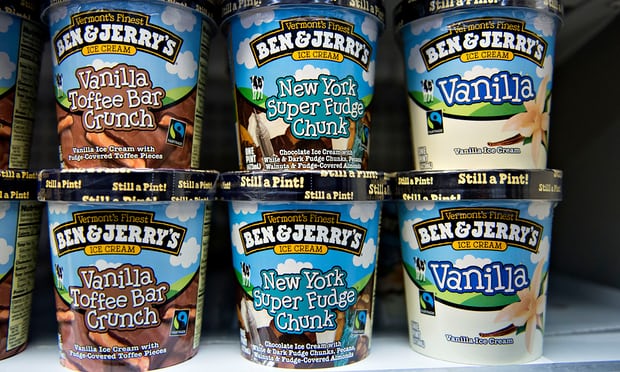 Under pressure from having glyphosate discovered in its ice cream, Ben & Jerry will introduce an "organic dairy" line in 2018, which it expects to account for 6% of total U.S. sales.

Seeking to fend off advances from Amazon-owned Whole Foods, Costco has introduced new delivery options for its members, with some products at lower prices than previously set on its website.

Lidl has been Struggling to Retain Shoppers in the U.S.

Since its splashy entrance into the U.S. market a few months ago, German supermarket chain Lidl has seen a steady decline in traffic. 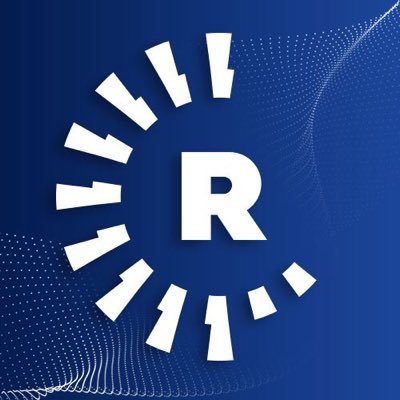 Seeking global markets for its agricultural products, Kurdistan is getting into organic and joined IFOAM (International Federation of Organic Agriculture Movements) two weeks ago. 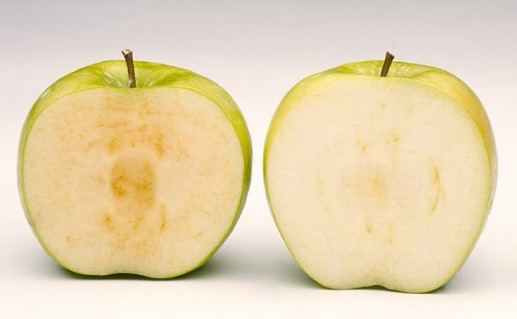 GM-Apples That Don't Turn Brown Will Be Arriving This Fall

Intrexon, the company responsible for GE-salmon and GMO-mosquitos, will be launching its GM-apples that don't turn brown very soon. And they won't be coming with GMO-labels either.

The Rollout of GE-Salmon in Canada has been a Mess

With a complete lack of transparency, the introduction of genetically-engineered salmon into the Canadian market has been a PR debacle.

75% of the Global Honey Supply is Tainted

In a recent research study, it was found that 75% of honey samples from around the world were contaminated with the super-toxic neonicotinoid pesticide. This was the case even with honey from Tahiti!

A judge has ruled that the U.S. EPA must be much more forthcoming in how Dow Chemical's Enlist Duo (2,4-D and glyphosate) may harm protected wildlife. 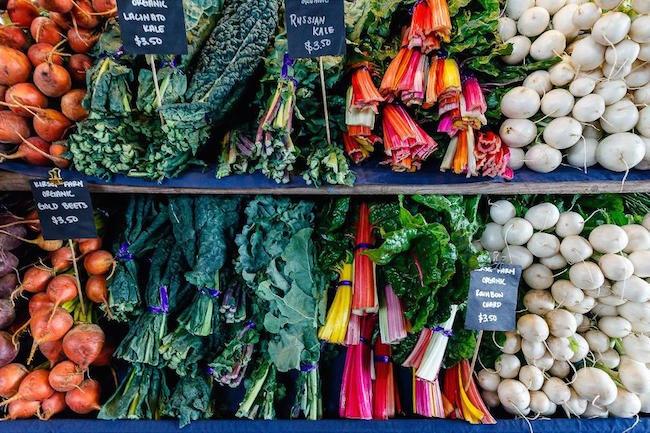 East Coast ingredient distributor Baldor has gotten into the meal kit business with a "veggie side kit" offering.

The Lessons Learned from Being Acquired by Major Food Companies

By Emma Liem and Christopher Doering

KeVita, Justin's and Dave's Killer Bread share what they learned and how things changed after being acquired by major food companies. 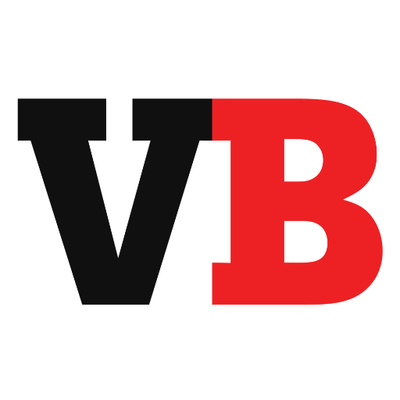 Artificial Intelligence as Part of the Shopping Experience at Whole Foods

It is expected that Amazon will introduce artificial intelligence into its Whole Foods stores, thereby changing the way we shop for food.

* If you would like to tell the NOSB to keep hydroponics out of organic, the Organic Consumers Association is collecting signatures. You can sign the e-petition here, and action must be taken by midnight, October 11th.

* On Living Maxwell, I wrote about the Regenerative Earth Summit, which will be held in Boulder on November 7-8.

* There is a fantastic line-up of speakers, and it is not expected to take place again in 2018. So, if this is of interest to you or your company, definitely try to attend. I will be there.

* The owner of Miami’s hottest restaurant, Ghee Indian Kitchen, is turning his backyard into a certified organic farm.

* Lastly, I have spoken to several CEOs of organic food companies who have been severely impacted by the wildfires in Northern California, and our thoughts are with you.