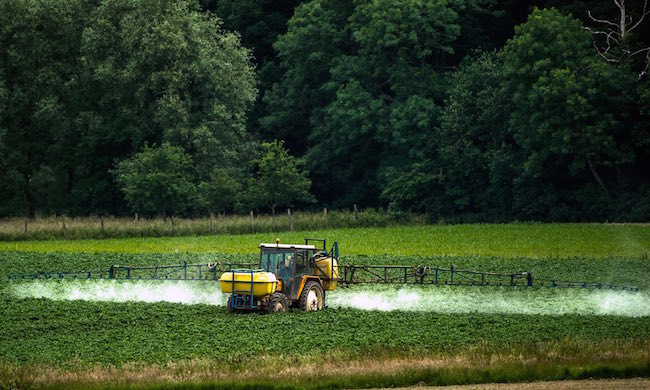 Organic Companies Need to Further the Conversation about Super-Toxic Pesticides

Last week, I spoke at the Brown University Club of New York (my alma mater), and as part of a panel discussion on health and wellness, I gave people an overview of what is happening in the organic industry.

Wanting to get a sense of just how much the 80+ attendees knew about the food supply, I posed the following question to the audience — how many of you know what glyphosate is?

Less than 10% of the people raised their hands.

On one level, I was shocked. This was a very educated crowd and presumably has a good understanding of what is happening in the world.

On the other hand, maybe my expectations were too high. If I had asked how many people knew what RoundUp was — the chemical that many homeowners spray on their weeds in their backyard — the number of raised hands would have been much, much higher. (Glyphosate is the primary ingredient in Monsanto’s RoundUp.)

Having been writing about the industry for more than 8 years, I am always evaluating how organic is being communicated in the media since this has an enormous impact on how organic is perceived by consumers.

While there are many good reasons for people to switch to an organic diet — superior nutrition, in the form of more omega 3-s and greater amounts of antioxidants; a way to avoid risky GMOs; better for the planet and the local economy; safer for farm workers — the truth is that most individuals come to organic because they do not want to consume toxic chemicals in their food.

So, if we want to truly improve the health of our population and grow organic from 5% of total U.S. food sales to 25%, we have to get consumers talking about these toxic chemicals.

Because on an industry level, this is just not happening.

The Organic Trade Association has said that it is against negative messaging to differentiate organic. (I do not see it as negative. I see it as telling the truth.)

There is no organic check-off program at the present moment and even if there were, the USDA would not allow any messaging that talks about the dangers of chemicals. Lastly, there is no national branding campaign for organic, which could run advertising to educate consumers about harmful pesticides.

Here are a few of the super-toxic chemicals — allowed in conventional food but prohibited in organic production — that could be a starting point for the conversation.

What: The primary ingredient in Monsanto’s RoundUp and the most widely used weed-killing herbicide in the world.

Prevalence: 70-80% of the food we eat in the U.S. is genetically-modified, and there is an incredibly high probability that these GMOs have been sprayed with glyphosate. After all, GMOs were designed to sell chemicals.

A report by Food Democracy Now and The Detox Project showed that nearly all of the well-known conventional food products that it tested had very high levels of glyphosate.

Impact: The State of California has said that glyphosate causes cancer.

What: The second most popular weed killer in the U.S.

Most telling is that the Swiss-based owner of atrazine, Syngenta, cannot even sell atrazine in its own continent. It is banned in Europe.

Usage:  Approximately 80 million pounds used each year in the U.S.

Prevalence: It is widely sprayed on corn, sugar cane and sorghum, and is now found in 88% of our drinking water.

Impact: In 2016, the EPA said that “there are risk concerns for mammals, birds, reptiles, plants and plant communities across the country for many atrazine uses.”

The President’s Cancer Panel report said that “atrazine has been shown to affect mammary gland development in animal studies, with some findings suggesting multi-generational effects.”

The State of California said that it causes reproductive harm and developmental toxicity.

What: A very popular insecticide sold under the trade name of Lorsban, which is owned by Dow Chemical.

Usage:  It is used on a wide variety of fruit, nut and vegetable crops, and in 2015, the FDA reported that chlorpyrifos was the 4th most prevalent chemical found in human foods.

Status: Chlorpyrifos was set to be banned by the federal government until the EPA’s Scott Pruitt reversed this decision in March of 2017.

Impact: The EPA said that it cannot vouch for the safety of the chlorpyrifos residues found in food. The chemical is so toxic that it has been banned from use on tomatoes and from most uses in the home. Additionally, the State of California has said that chlorpyrifos causes reproductive toxicity.

As I experienced the other night during my panel talk, the general public is just not getting the message about the harmful chemicals that are allowed in conventional food but prohibited in organic production.

Whether we add this information to the Organic 101 sections of our websites, post it on social media or simply include it in conversations with individuals who are new to organic food, this must become an essential part of the narrative as to why people should be eating organic.

The health of our fellow human beings is at stake. 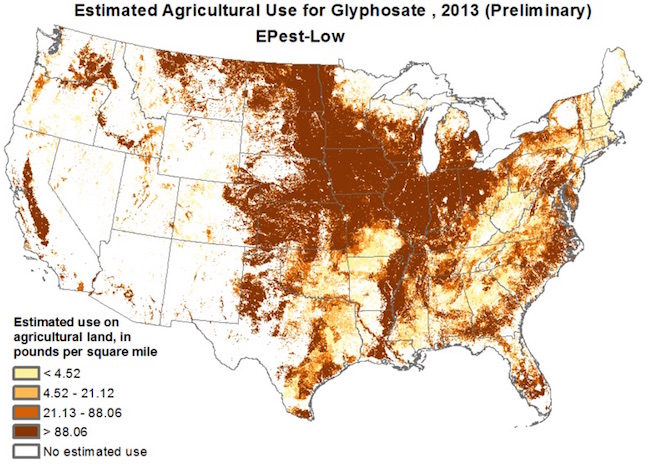 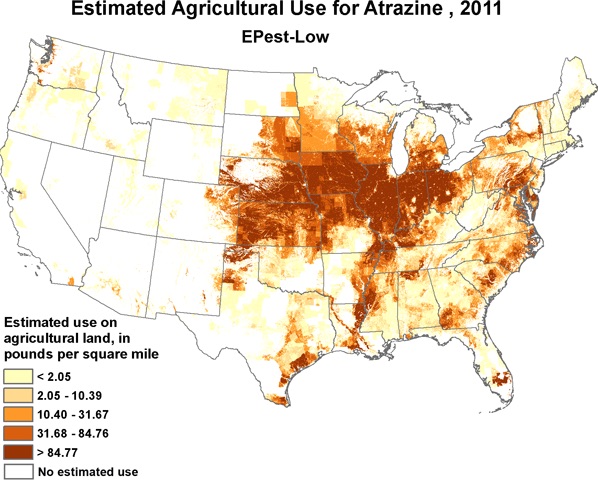 (Images above from Wikipedia) 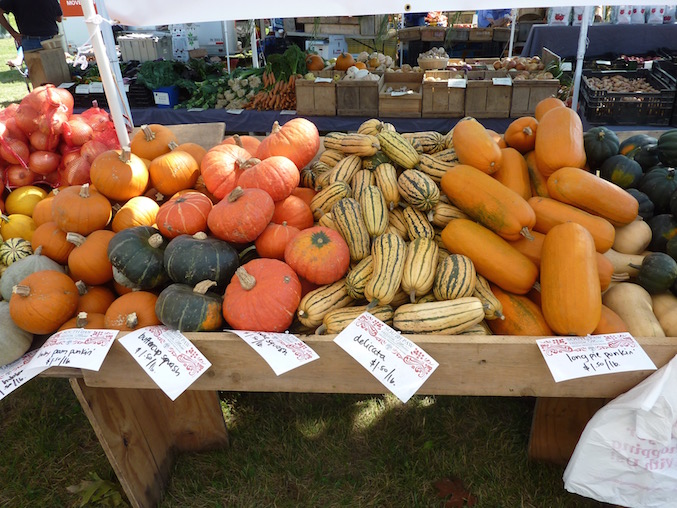 The Emergence of Organic Add-On Labels -- What it All Means

An excellent analysis by Stephanie Strom of the emerging organic add-on labels, such as Regenerative Organic Certification and The Real Organic Project, and how they will impact both consumers and the industry.

GMOs 2.0 and the Unexpected Results These Foods Will Bring

A look at the problems that synthetic biology, CRISPR and other gene-editing techniques are sure to bring.

In Germany, 25% of New Food Products are Organic

According to a new report from Mintel, a shocking 25% of all food and drink products launched in Germany in 2017 were organic.

In a bid to encourage other brands to purchase crops from farmers who are transitioning to organic, Kashi and QAI have created an open-source protocol to make the whole process easier. 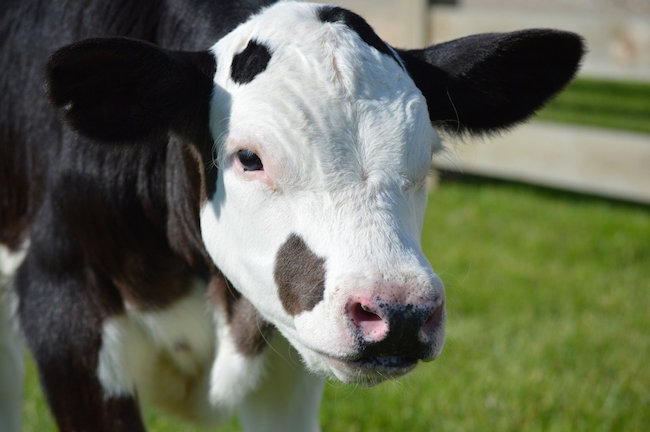 A Horrifying Prospect -- An Unregulated World of GMO-Animals

Biotech companies are putting the full-court press on the Trump administration to ease the way for GMO-animals, such as pigs without tails and cows without horns.

In an important ruling, the EU's General Court said that consumer and environmental groups could challenge the way the European Commission authorizes the sale of GMOs.

Organized by the Coalition of Immokalee Workers (CIW), a group of farmworkers went on a 5-day hunger strike in NYC to get the attention of billionaire Nelson Peltz, hoping he will pressure Wendy's to sign the Fair Food Program.

Having lost credibility in the battle over GMO-labeling, the Grocery Manufacturers Association is now fighting to limit junk food warning labels, despite the fact that global obesity has become a serious epidemic.

In a strategic move to challenge Blue Apron's dominance in the U.S. market, Germany's HelloFresh has purchased Boulder-based Green Chef.

A recent job posting on Amazon indicated that Whole Foods may soon be planning a pick-up service for Whole Foods groceries and a "marquee" of other retailers.

* The Green Organic Dutchman, a Canadian company that grows high quality, organic medical cannabis, has filed to raise $100M in an IPO.

* Another organic restaurant in NYC has closed. This time, it is Brooklyn’s Sun in Bloom.

* An investigation by USA Today has found that ‘Buy Local’ farming programs deceive consumers and are rarely enforced.

* At the Fifth Annual NoCo Hemp Expo & Hemp Summit on April 6-7 in Loveland, Colorado, organic hemp pioneers Arran Stephens, co-founder and CEO of Nature’s Path, and John Roulac, founder of Nutiva, will be two of the keynote speakers.

* On April 13-14 in Irvine, CA, The 36th National Pesticide Forum will host Organic Neighborhoods: For Healthy Children, Families, and Ecology.

* Natural & Organic Products Europe will be taking place in London on April 22-23.

* One thing that the organic community needs to be very aware of is that SXSW has become a hotbed for GMO propaganda, and ag-biotech companies are doing a very effective job of promoting genetic engineering to a highly influential crowd.