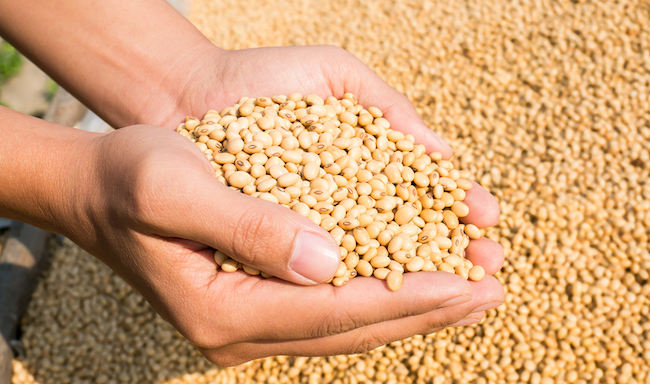 The Misinformation Campaign of Gene-Edited Foods Has Begun

In the minds of the U.S. consumer, when it comes to food, there is no difference between genetic modification and genetic engineering. GMOs and GE-foods are one and the same.

Yet, as more advanced genetic engineering tools are being used to create food products, companies are eager to distance themselves from the PR disaster that the last generation of GMOs, such as Monsanto’s Roundup Ready corn, left behind.

These new companies and their technologies — gene editing, gene silencing and synthetic biology — are desperate to shed the GMO moniker or association. They want to be perceived as different, safer and more precise, so as not to raise the same level of fear among consumers.

This attempt to influence the American mindset was on full display last week in an Associated Press story when Calyxt, a Minnesota-based company, talked about how its gene-edited soybean oil is now being used in restaurants in the Midwest. According to Calyxt, it is the first commercial use of a gene-edited food in the U.S.

Not surprisingly, the company is refusing to disclose which restaurants are using this gene-edited soybean oil, leaving diners completely in the dark. And in the USDA’s recently published National Bioengineered Food Disclosure Standard, restaurants are exempt from GMO-labeling rules, and it was not clearly specified whether gene-edited foods would need to be labeled. Therefore, it is very possible that for the foreseeable future, anyone consuming Calyxt’s gene-edited oil will do so unknowingly.

Yet, what may be the most alarming or noteworthy part of this AP story was that “Calyxt says its oil does not qualify as a GMO” and “startups including Calyxt say their crops do not qualify as GMOs because what they’re doing could theoretically be achieved with traditional crossbreeding.”

Consumer watchdog groups have a serious issue with this assertion.

“The argument that a gene-edited crop is not a GMO is factually incorrect. Statements such as these are misleading and misinforming consumers,” said Michael Hansen, PhD, Senior Scientist, Advocacy at Consumer Reports.

Government documents do not seem to support the company’s assertion either.

In an internal FDA memorandum dated February 22, 2019 discussing Calyxt’s soybean — Biotechnology Notification File No. 000164 CVM Note to the File — not only is there an entire section called “Genetic Modification and Characterization” but it says:

Calyxt states that the genetic modifications do not meaningfully affect composition and nutrition of the meal derived from FAD2KO soybeans except for the intended changes in the levels of specific fatty acids.

In a May 2015 letter to the company, formally known as Cellectis Plant Sciences, the USDA said the following about Calyxt’s gene-edited FAD2KO soybean (the same one being used now at restaurants as an oil):

Please be advised that the GE soybean may still be subject to other regulatory authorities such as FDA or EPA.

Despite the fact that the company has apparently acknowledged to the FDA that it has conducted genetic modification, somehow it believes that its gene-edited soybean is not a GMO. How?

By claiming that unlike traditional GMOs, which insert DNA from plant pests, it is simply editing existing genes within crops to speed up a process that otherwise could have happened in nature.

“Consumers think that any genetic material that has been manipulated in a lab and then inserted into a plant would be a GMO, regardless of whether the trait could be achieved via traditional breeding. Additionally, both the USDA and FDA consider this soybean to be engineered. Not only did the USDA refer to it as a ‘GE soybean,’ but the soybean went through the FDA’s voluntary safety consultation, which indicated that the crop met the FDA’s definition of bioengineering/genetic engineering/modern biotechnology. This argument that a genetically-engineered crop is not a GMO because the process could have happened in nature is completely flawed,” said Michael Hansen.

The American consumer should not be fooled and buy into the propaganda that these gene-edited crops are not GMOs. They are.

The only difference is that these companies have a much different and more sophisticated playbook when it comes to communicating their message in the media.
—

This is the kind of exclusive news and analysis that Organic Insider delivers on a weekly basis. Please share this email with your network and have them sign up for our newsletter here. 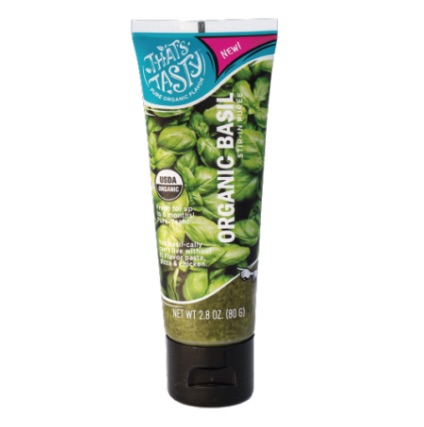 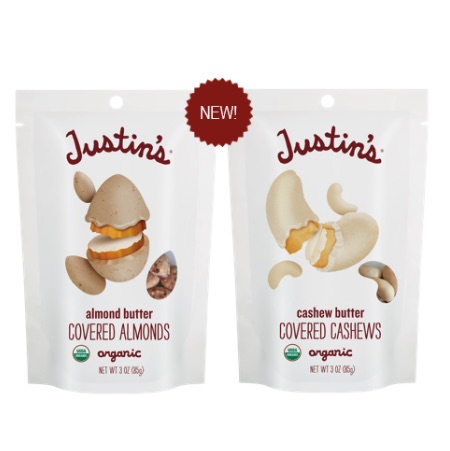 Justin’s will soon be launching two varieties of organic nut butter covered nuts — almond butter covered almonds and cashew butter covered cashews. They will debut at Whole Foods, Sprouts and other retailers beginning in May. 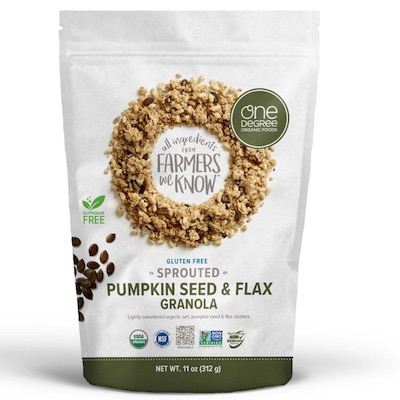 One Degree Organic Foods is introducing a sprouted organic pumpkin seed and flax granola. It is made with deep green organic heirloom Styrian pumpkin seeds from Austria and is certified as glyphosate residue-free from Bio-Checked.

Cornucopia Fights Back Against 'Organic Factory Farms' and Hydroponics in Organic

In an unprecedented action, The Cornucopia Institute has come out with a scorecard of all organic certifiers, a handful of whom have allowed 'organic factory farms' and organic hydroponic operators to proliferate.

Starbucks is investing $100 million in a newly created fund -- to be managed by Tesla investor Valor Equity Partners -- to promote companies developing new technologies and products for the food and retail industries.

Perchlorate, a byproduct of bleach and packaging, is found in both organic and conventional foods -- and is having a real negative impact on children's health. 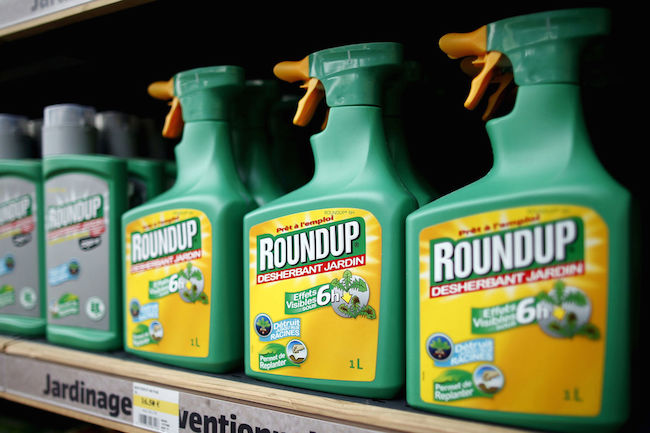 By Jim Christie and Tina Bellon

In another blow to Bayer/Monsanto, a California court ruled that the company's weedkiller caused cancer, only 8 months after another jury issued a $289 million verdict over similar claims in a different case. 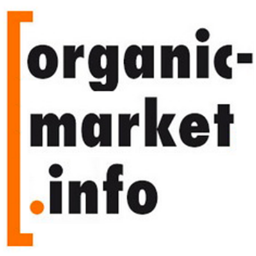 Pesticides in Organic Imports from China, Turkey and India

A German newspaper is reporting that organic imports into the EU from China, Turkey and India are the ones most tainted with pesticides.

EWG Releases its Dirty Dozen, Kale Tops in at #3

The Environmental Working Group has released its annual Dirty Dozen list, and right on cue, the pro-pesticide group the Alliance for Food & Farming is outraged.

WeWork Is Launching a Coworking Space for Food Startups

WeWork is launching WeWork Food Labs, a food-centric coworking space and innovation lab that will also contribute $1 million in equity investments to a handful of startups.

The Oakland-based organic food company Revolution Foods has closed on a $10 million round of financing led by Nuveen Investments.

* Los Angeles-based organic supermarket Erewhon announced on Instagram that it will soon be opening a location in Pacific Palisades.

* On May 7-8 at Rodale Institute, an immersive two-day training in regenerative organic food production will be taking place.

* The USDA is seeking nominations for five open seats on the National Organic Standards Board. The deadline is May 17th.

* Our hearts go out to the farmers in the Midwest, many of whom may never recover from the massive flooding that has taken place there.

* Delusional Statement of the Week: Incoming president of Impossible Foods Dennis Woodside said, ‘There are very few companies that can say with a straight face, every person on the planet is a potential customer.”

* Maybe Dennis Woodside does not realize that there are hundreds of millions of organic consumers around the world that would not touch the Impossible Burger, a product that had never been in the human diet until a few years ago and whose main ingredient — a genetically-engineered soy leghemoglobin protein — was created in a laboratory.