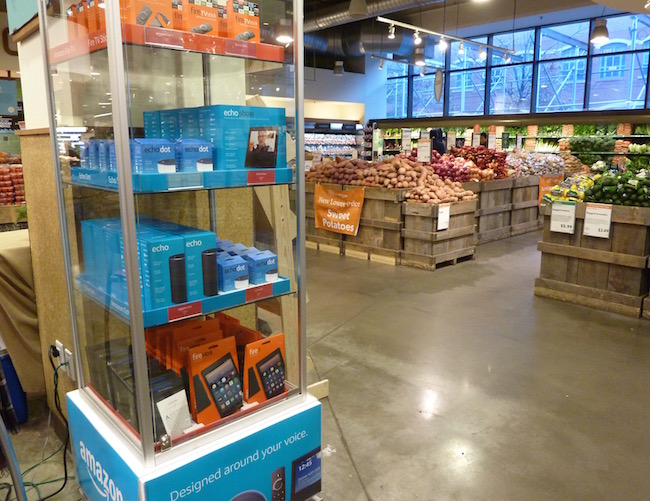 Amazon-branded electronics are now being sold next to organic vegetables at Whole Foods.

Despite the fact that organic is more popular than ever, the industry is going through tremendous change.

Whether it is continued consolidation, a new administration overseeing the National Organic Program or different power-players emerging, here are the key stories to watch out for in the next 12 months.

1) The impact of Amazon-Whole Foods will start to become more apparent.

Since the merger went through a few months ago, we know that prices went down by as much as 43%, prices seemed to have gone back up, the stores installed lockers and are now selling Amazon devices, 365 stores continue to open throughout the country, and shoppers are complaining about produce quality.

2018 should give us more clarity on these two very important issues.

Overseen by the Rodale Institute and backed by Patagonia and Dr. Bronner’s, the eagerly-awaited Regenerative Organic Certification (ROC) is expected to launch in the first half of 2018.

Not intended to replace the USDA organic seal but meant to be an add-on to it, the ROC will raise the bar for organic, and its three pillars are soil health, social fairness and animal welfare.

The exact ROC standards are still being worked out, but the big factor which will determine the success of ROC is whether organic farmers participate in the program or not. While I see no shortage of organic food brands who want to have the ROC seal on their packaging, widespread adoption of ROC among organic farmers is the big uncertainty at this point.

ROC is going to be a very, very significant story next year.

Allowing hydroponics in organic is a complete violation of the Organic Foods Production Act of 1990.

But under relentless pressure from lobbyists, the USDA has turned a blind eye and continues to allow it. Furthermore, at last month’s National Organic Standards Board meeting in Florida, a majority of the 15-member board did not recommend banning hydroponics in organic.

The Cornucopia Institute indicated that a lawsuit will soon be filed to fight this, and it may even seek injunctive relief. Other groups are expected to announce their own measures as well.

This is an absolutely critical issue for the organic industry.

No stranger to controversy, the Organic Trade Association (OTA) may face its most challenging year yet. Why?

The organization is deeply concerned about the impending Regenerative Organic Certification (ROC) and stated to its members on November 28th that it sees ROC as “a serious risk” to the success of the USDA organic label.

If the ROC is successful in the marketplace and the USDA organic seal is no longer perceived as the gold standard, the OTA may feel compelled to take action. This could either be in the form of lobbying the USDA to prevent the ROC from using the word “organic” in its seal or perhaps legal action.

Making this type of move against a Rodale-led organization — the organic movement in the U.S. was started by J.I. Rodale in the 1940s — would cause a mutiny in the industry, and the OTA could see an exodus of members.

5) The Trump administration to name its first NOSB board member.

So far, the Trump administration has been no friend to the organic movement. Most notably, the Sonny Perdue-led USDA has delayed the Organic Animal Welfare Standards multiple times and displayed a worrisome lack of transparency when deciding to end the Aurora “organic factory dairy farm” investigation.

The National Organic Standards Board is a 15-member board which makes recommendations to the USDA about organic rules and regulations, and each member is appointed by the Secretary of the USDA for a five-year term.

The Trump administration’s first and only nominee for 2018 is expected in January. Who this person is and the views that he/she has will give us greater insight into how organic will be treated over the next three years.

This nomination will not be taken lightly, especially by U.S. Senator Pat Roberts (R-KS), a noted advocate of Big Ag.

During a Senate subcommittee hearing on agriculture in July, Sen. Roberts said, “Uncertainty and dysfunction have overtaken the National Organic Standards Board and the regulations associated with the National Organic Program. These problems create an unreliable regulatory environment and prevent farmers that choose organics from utilizing advancements in technology and operating their businesses in an efficient and effective manner. Simply put, this hurts producers and economies in rural America.”

This could be interpreted as an ominous sign that current organic rules are too restrictive for big companies wanting to participate in the sector.

* In case you were wondering, I had no involvement in the opening of Max Well New Orleans, a new cafe serving organic juices, rainbow salads, and power bowls.

* However, congrats to Maxwell Eaton — another Max — who got this concept off the ground!

* For the 80,000+ attendees of Natural Products Expo West, finding a nearby organic restaurant is no easy feat.

* Thanks to noted LA Times food critic Jonathan Gold and his review of Amor y Tacos, I am super-excited to try this organic Mexican restaurant, which is just a short drive from the convention center. 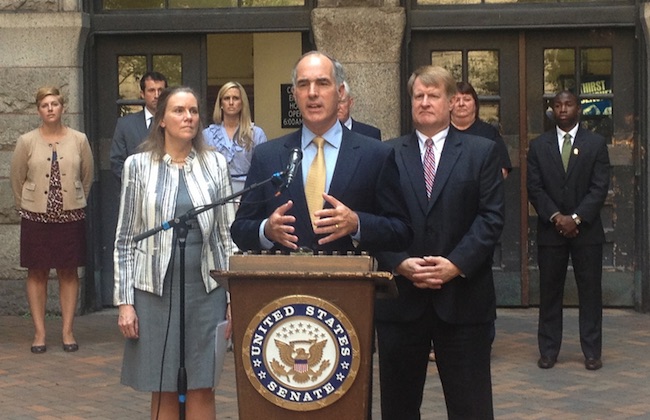 Senator Bob Casey (D-PA) has introduced The Homegrown Organic Act of 2017, which will expand opportunities for farmers seeking to transition to organic and provide technical and financial assistance throughout their transition period.

Sprouts Would Welcome a Takeover

Despite the fact that the company has seen an increase in sales since Whole Foods' deep discounts over the past few months, CEO Amin Maredia is open to acquisition talks. This is very telling.

How Big Ag has Damaged the USDA Organic Seal

The incredibly respected organic farmer Francis Thicke, who just ended his 5-year term on the National Organic Standards Board, gives his take on the real issues that the industry faces. 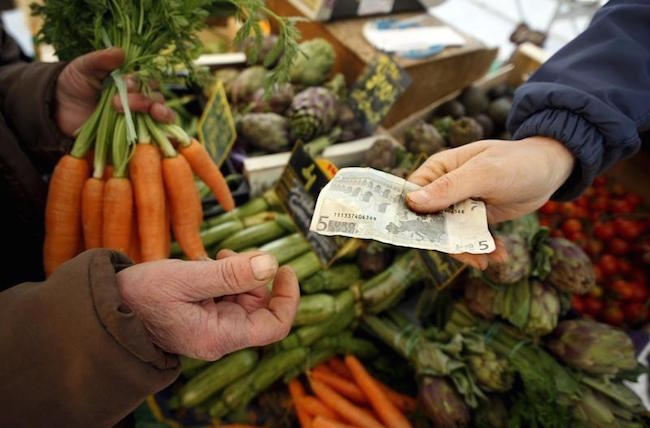 Credit insurer Coface said that organic farmers in France need to boost organic food production to meet the fast-growing demand or shoppers will increasingly turn to imports, which already accounts for 29% of the organic food consumed in the country.

General Mills has given $735,000 to the National Wheat Foundation and the Soil Health Partnership in order to research soil health practices on wheat farms. 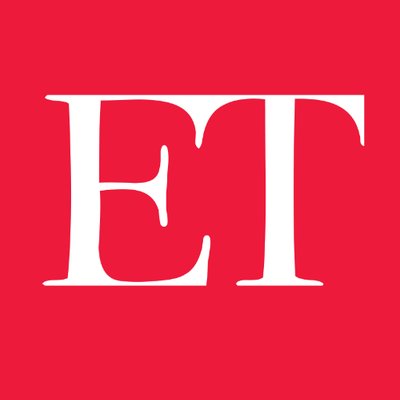 In order to both help organic farmers and maintain a consistent supply of organic food to online retailers, the government in India is considering a proposal to act as a facilitator between the two parties. 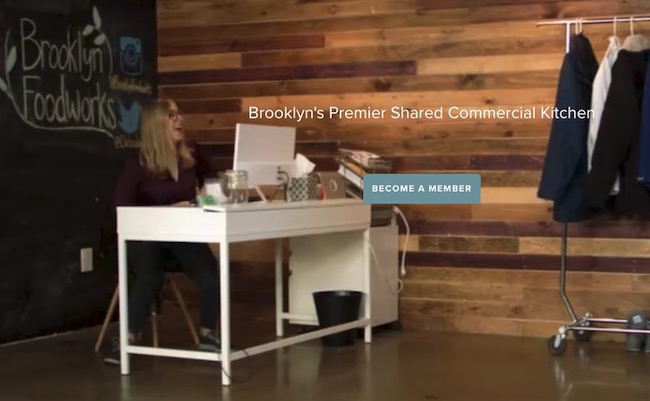 Campbell's Invests in Pilotworks -- the WeWork for Food

Acre Venture Partners, the venture capital arm of Campbell's Soup, led a $13m round in Pilotworks -- a WeWork for the food industry. 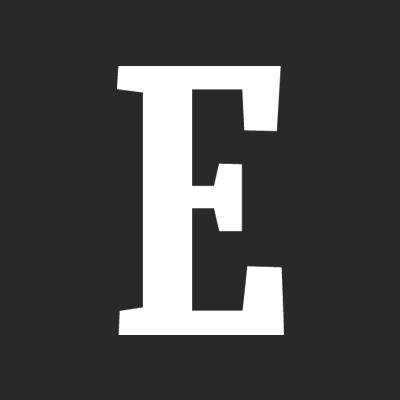 Roly Nesi, the founder of Roar Beverages, was inspired to start his organic sports drink business while opening up distribution channels for AriZona Beverages in Asia.

As food sales continue to move online, supermarkets across the country are rushing to enlist start-ups such as Instacart and Shipt.

* In case you were wondering, I had no involvement in the opening of Max Well New Orleans, a new cafe serving organic juices, rainbow salads, and power bowls.

* However, congrats to Maxwell Eaton — another Max — who got this concept off the ground!

* For the 80,000+ attendees of Natural Products Expo West, finding a nearby organic restaurant is no easy feat.

* Thanks to noted LA Times food critic Jonathan Gold and his review of Amor y Tacos, I am super-excited to try this organic Mexican restaurant, which is just a short drive from the convention center.